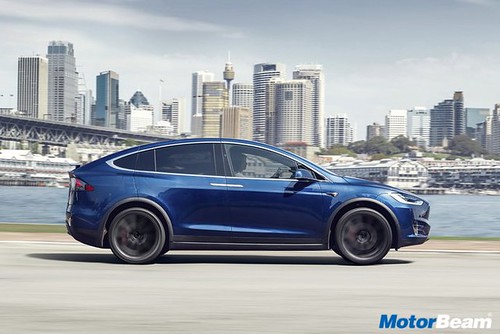 Autonomous Driving – There are a lot of autonomous functions in the Tesla Model X. If you want to remove the car from a tight parking spot, all you need to do is press a button on the remote and we know this does remind you of the BMW 5-Series and the 7-Series. But, honestly, Tesla’s systems are way better and technologically advanced mainly due to the less lag and better Wi-Fi range. The Model X also gets Auto Park Assist and this is better than any other car we’ve seen. Then there is the Cruise Control on offer which really makes the Model X stand out. There are three levers placed on the left of the steering. The top one is for the indicators/blinkers, the one below it is for adjusting the steering reach and height whereas the last one is for the Cruise Control. When you pull it once, the Cruise Control gets activated but when you pull it twice, autonomous driving is activated. When autonomous driving is activated, the car’s speed can be adjusted via moving the lever up/down and it will maintain the speed and when it senses an object in front of you, the car will automatically brake and also will pick up speed when it senses no objects at the front. Then, the best part about this autonomous driving feature is that it will also steer automatically and in order to make it more safer, every minute the system asks the driver to place his hands on the steering and if the driver is not responding or has fallen asleep, the car will, by itself, steer to the corner/side of the road and stop. 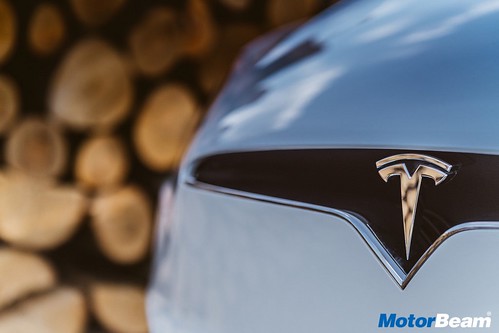 Safety and After Sales Service – The Tesla Model X gets a 5-star rating from the NHTSA (National Highway Traffic Safety Administration) and is the first SUV to get so. Besides that, there are multiple airbags, Traction Control, Lane Assist, Collision Avoidance Assist, Speed Assist and Auto High Beam. In terms of after sales service, the EV maker has a wide reach across the United States, Europe and the Middle East and is currently increasing its presence in China. 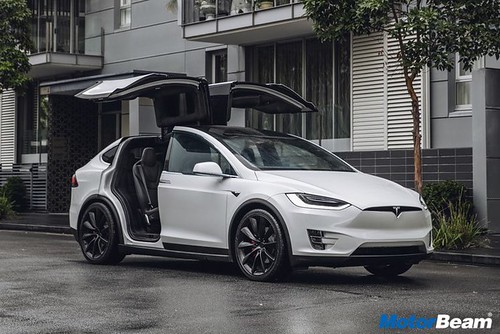 The Model X is completely a different kind of an SUV

Verdict – The Tesla Model X is an SUV unseen before. There is a lot of engineering and research that’s gone into making this technological marvel so easy to use. It feels like an Apple product because it is out of the box and yet so simple and usable. The best part of owning the car is you need not do stuff like switching on/off the car. After a drive, if you get out of the car, it automatically switches off and if you want to make a move and get inside the car, it automatically turns on. Everything about this Tesla is so easy, fluid and hassle-free. There’s no SUV that offers this kind of ease of parking, ease of driving (with the autonomous function) and the ease of getting into the last row of seats. Performance is great and so is the range and if we had to nitpick something in this EV, it would be the cost. The Model X is costlier than the Range Rover and if it comes to India, it will cost above Rs. 2 crores which is a lot of money. CKD assembly could bring down the prices but that’s unlikely to happen.

Tesla To Enter Indian Market With An Affordable Sedan