SUV craze has increased globally and how! We’ve seen carmakers like Bentley, Lamborghini, Rolls-Royce and Maserati jump into the SUV bandwagon but these SUVs come powered by huge petrol/diesel powertrains unlike the SUV we’re reviewing today. Tesla too joined the fray via the launch of the Model X and this ladies and gentleman, is a very different SUV. First of all, this is an all-electric SUV and second, it doesn’t have an intimidating presence which SUVs in this price range boast of. The American automaker claims that the Model X is ‘the best SUV’, ‘the safest SUV’ and ‘the quickest SUV’, we’re in the United States to find out just how much of these claims are true. 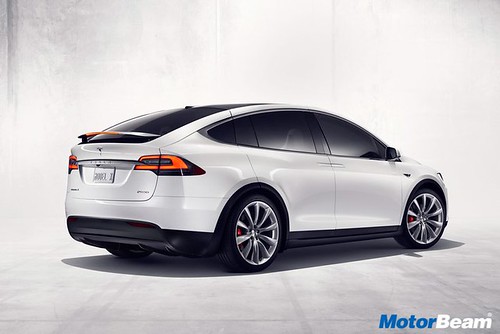 The Model X gets a clean, no nonsense styling

Exteriors – The Tesla P100D being an SUV, doesn’t really look big in person. The design is simple yet classy. The design highlight of the Model X has to be the panoramic windshield which looks really cool and the falcon rear doors which when open look like the car’s got wings. Also, contributing to the clean design are the flush door handles that pop out when the car is unlocked and go inside when locked. Clearly, the design isn’t really intimidating as its rival the Range Rover. In fact, the Model X looks like a crossover more than an SUV. 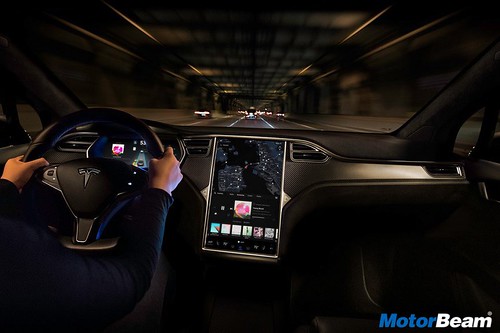 Interiors – The cabin of the Model X follows the same approach as the exterior. The dashboard is simple yet classy and what catches your attention immediately is the large laptop-like 17-inch touchscreen infotainment system. This kind of screen size is something we haven’t come across in any car. Everything with regards to the car can be controlled via this screen. Next, is the all-digital instrument cluster that looks modern and beautiful. There are good amount of storage spaces in the cabin but due to the falcon doors at the rear, there are no bottle holders in those doors. However, one good thing about the falcon doors is that the ingress and egress are so much easy and that includes the process of getting into the third-row of seats as well. Speaking of which, the Tesla Model X is available in 5, 6 and 7-seater configurations. The 5-seater does not have the third row of seats, the 6-seater gets captain seats in the second and third row while the 7-seater gets a proper bench in the second and third rows. 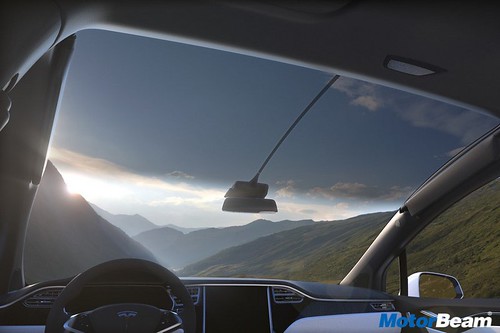 In terms of features, the Model X gets ventilated and heated (front only) seats, heated steering wheel, powered tailgate, keyless entry, ambient lighting, power folding, auto dimming and heated ORVMs, 360-degree cameras and a second trunk in the front for the extra luggage. The cabin is very smartly engineered, for instance, if you want to get into the last row seat, the press of a button will not only move the second row seat, the first row seat will move forward as well. The front and the second row seats are comfortable and supportive. There is ample headroom and legroom in the second row. Leg space is slightly tight in the third row and under-thigh support isn’t all that great. With all the three rows of seats up, there is little space for your cargo, however, if you need more space, you can always fold down the third row seat (not foldable electrically!). SUVs in the US in this price range also come with the option of foldable second row seats which isn’t offered in the Model X and this is quite shocking.