With the track and off-road training done it was time for me to get ready for the first race of the season. I was finally participating in a proper race alongside other media. The races for the young media racer programme have been planned along with the national championship which goes throughout the year. Although I am not sure how many races will happen for our programme, we had our first race at the Kari Motor Speedway in Coimbatore. TVS had organised the track training almost 3 months back and about 45 days back we had the off-road training as well. I guess we had waited long enough and it was time to race. 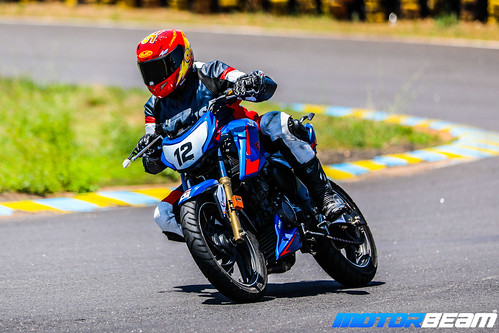 I wasn’t pushing as much during the practise

The excitement got to me and a few of us had already bonded over the two previous events. We had to attend the first race at the Kari Motor Speedway and for a fact check, I have only ridden twice on Kari. Out of the 15 selected riders from the media, only 12 people showed up including me while the others had some prior commitments to attend. Well in my mind, I was happy as it was gonna be the first official race of this year and fewer competitors for the race! Although there was a decent amount of trash talk going around it was all fun and yet competitive. We reached Kari and it was time to get done with practice and qualifying on the first day. 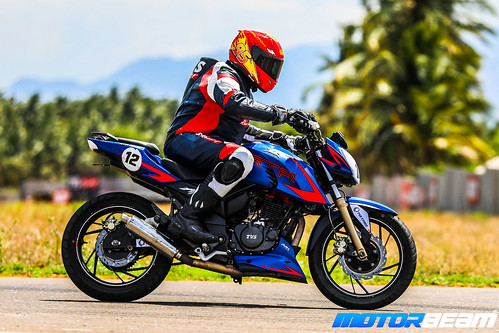 Both our practice and qualifying was before lunch time and as we had a good heavy breakfast, everyone was just waiting to get the day started. A few events went by which included the race-spec Apache RR 310 as well and we were astounded by the way the racers were riding these mad machines. All of us geared up and got ready for the practice session. This was for 30 minutes and as I was getting back to Kari after a long time, I thought of giving it my own sweet time and getting the hang of the Apache RTR 200. In the practice session, I was 6th on the grid with my time being 1:32.304! Although 8 seconds slower than the lead rider, I was just getting used to the track. To be very honest, the track was not in its best shape and this being the most technical and full of chicanes track, it became quite challenging. 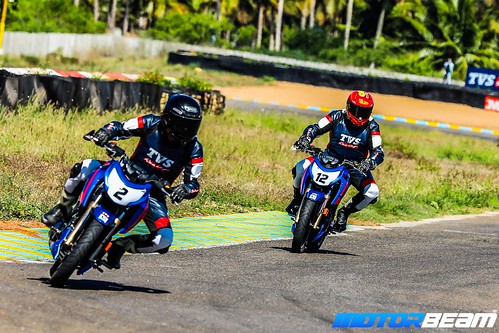 The next event was our 15 mins of qualifying. We had a small break as one more qualifying race happened for another set of riders. The other races that were happening along were the INMRC and FMSCI Indian National Motorcycle Racing Championship that was being conducted and we were a part of one. I had never imagined myself being a part of races, racing in the national championship and this opportunity is kind of a once in a lifetime opportunity. Everyone was ready and we got out for qualifying where I tried to pick up a place but ended up 6th on the grid. This time, however, my time had dropped to 1:28.714! I was 4 seconds faster than practice and this boosted my confidence. 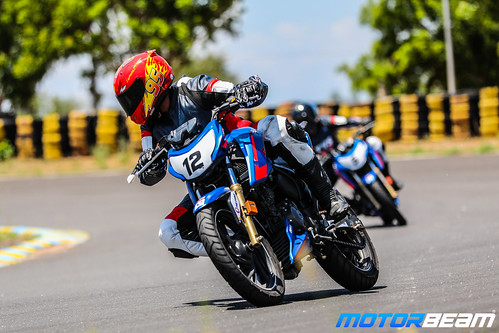 When running wide, keeping an eye out while entering the racing line is a must

Enter wide open, hit the apex, follow the racing line and get the best drive out!

All of us got back to the hotel and everyone had a good nap. While discussing at dinner, I got a few pointers from the lead riders and got to know that I was losing my time in the last corner as I couldn’t get a good drive out of it. This led to a slower front straight and I kept losing crucial seconds. All I had to do was cope with that and take the best exit possible. If luck goes along, I would find someone right next to me or ahead and I could get the draft needed to get a good pace on the front straight. 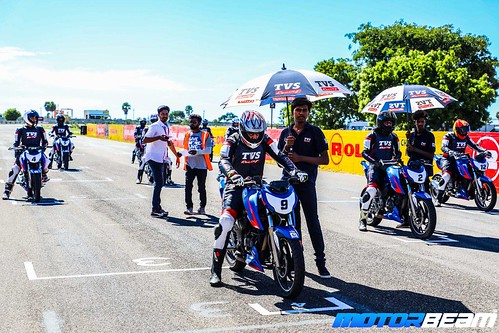 Find me in this picture? Well it was quite some drama at the race start

It was race day and everyone was pumped! Starting off 6th from the grid isn’t the best as there were a few slower riders right behind. However, the front straight would give them a good advantage. It was time for the race, everyone had lined up after the sighting/warm-up lap. Grid cleared off, the lights came on and braaaap, everyone had their throttle wide open. Just as I had thought, the light ones got an advantage and it was a crazy traffic moment entering the first corner. However, the 6th place gave me an advantage as I had the outermost line I could get in tight and had a clean exit with the 2nd corner blocked for the ones which came ahead. 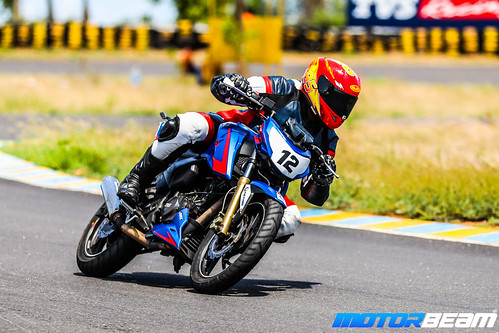 The final corner where exit pace is the only thing that matters!

I started out 6th but I was now in 7th place. Lap by lap, I took two places where I got stuck behind one light rider who had a very good straight-line pace but did not do corners that well. For the last 2 laps, I was going neck to neck but he took me on the front straight every time. It was the last sector where I got an advantage but with a small mistake again I went a little wide around the last corner. Here the competitor got an advantage and he was barely one bike length ahead at the finish line. I finished in 5th place! 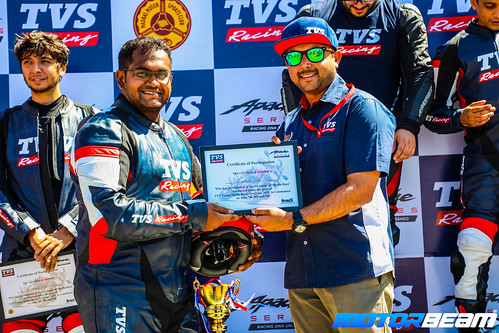 One more participation certificate, well this comes from the national championship

While I complete this article, I will already be on to a flight to another race, the second race of this season at MMRT. This race is happening within a month’s time and boy I am excited. In this round, I improved over the sessions by getting my confidence in place while also remembering everything I got from the training. With no prior experience, this is my first ever championship and I am pretty excited to take on the complete season! For now, it’s 5th place which I take home, let’s hope for a better position for the next race. 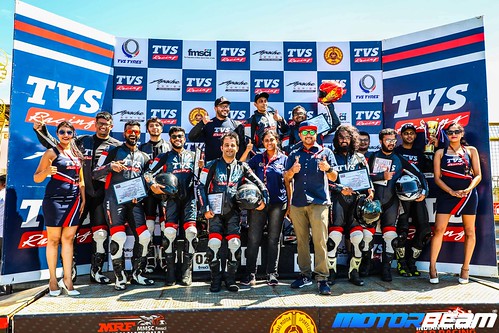 The mandatory, all participant picture!