The Yamaha FZ’s butter smooth motor makes it a joy to ride, it sounds good too

Quick question, which is India’s most famous 150cc motorcycle? Many of you would say the Pulsar 150 and you maybe right but since Bajaj Auto doesn’t reveal individual figures of the Pulsars, we have to live with estimates. But Yamaha does reveal individual numbers and every month it sells around 20,000 units of 150cc commuters (FZ, FZ-S and Fazer). That’s a lot indeed and we have been impressed with the FZ since day one, even living with it on a long term basis earlier. This time, we have the fuel-injected Yamaha FZ Version 2.0 in our long term garage and have been enjoying this machine quite a lot. Is it really a big step up from the V1 model, using it in the daily grind has given us an answer. 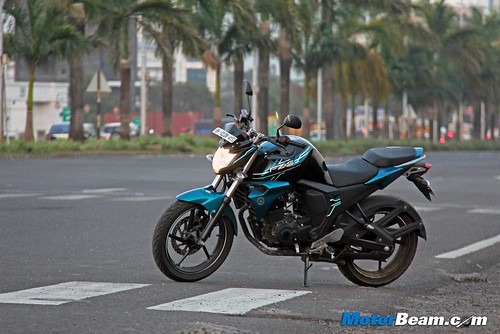 When the Yamaha FZ was first launched in 2008, it was a revolution, it was a bike which rubbished the rule book that a commuter motorcycle should have small forks, narrow tyres and a puny tank. The styling of the FZ is largely the reason for its success but sadly in the second iteration, it hasn’t gone a step up, rather it seems to have toned down the aggression, going for a more mature look. Since there are a lot of FZs on the road, the bike won’t turn heads like it used to in its early days but something more edgy would have worked. The fact that the fat and unnecessary wide 140 mm rear tyre is hidden makes little sense to us, the new mudguard not only being a painful sight but also prone to rattling when you go over bad roads. We would have removed it the day we took delivery but since this isn’t our bike, we have no option but to deal with the irritation it causes. 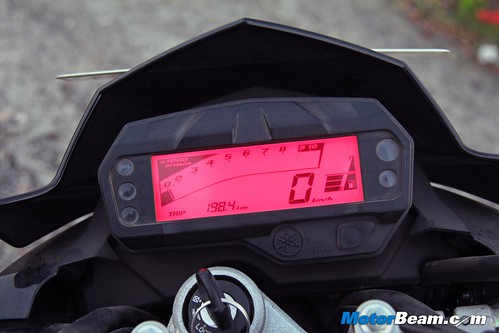 One big gripe with the old FZ was the instrument cluster but Yamaha has gone a big step up with the new model. Still things could have been better. We definitely miss a clock here and also feel the need of a second trip meter, both of these being offered by its Japanese competition. The new console is easy to read, day or night and the tachometer is very visible even when you give the 149cc mill all the right hand twist. The pass light button is also very hard and our tester had its odo/trip meter toggle button fall off. 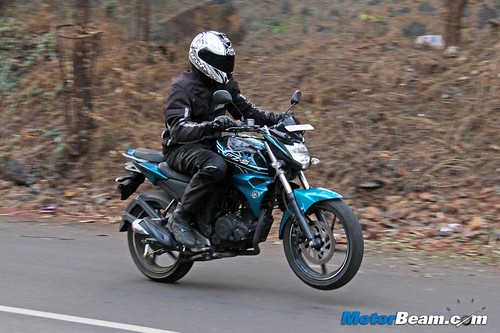 The FZ has terrific low-end performance, making it fantastic in the city

The Yamaha FZ is the cheapest fuel-injected bike in India (main stream where FI isn’t an option but is standard). Fuel-injection is always known for its benefits and it does make the FZ standout in the segment. For starters, cold starts are never a problem and NVH levels are very low too, the motor being extremely refined at all times. The FZ boasts of flawless low-end and mid-range performance which makes it the best motorcycle to ride in the city as it always has the punch to make quick overtakes. But there is no top-end and that makes it uneasy on the highway since revving the nuts out is pointless. The FI also helps big time in mileage, we have been getting 47 km/l regularly which is a good 5 km/l more than what we managed on the FZ V1 long termer. 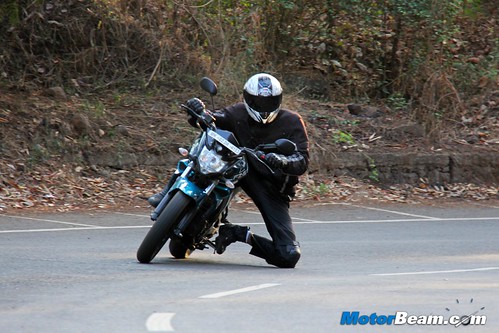 Mid-corner balance is surreal, the FZ is super sharp and precise around corners

While the Yamaha FZ will nudge past 100 km/hr and do a top speed of 110 km/hr at most times, it simply doesn’t have the thrust once you hit 90 km/hr, taking a long time to go further. The dynamics are superlative, the handling is very precise and this bike inspires you to push hard around corners, feeling very stable. The ride quality is also very good although slightly on the stiffer side. What we really like about the Yamaha FZ is the weight balance, mass is centred and thus the transfer is also gradual when you brake hard. Front brakes are excellent but the rear could do with more power. For the price, Yamaha should offer a rear disc brake. 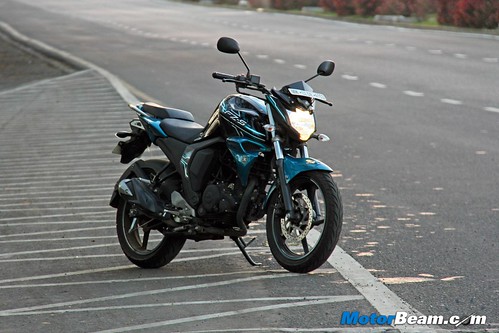 Among other things, we like the new split seats which offer good comfort to the pillion but the rider’s seat is a bit on the hard side. The powerplant is smooth and doesn’t heat even during prolonged usage in stop and go traffic. Engine braking is ample but the motor lacks excitement, Yamaha shouldn’t have decreased power and torque, instead, it should have increased it to make it the fastest bike in the segment. The fuel-injected FZ with lower output numbers is actually faster than the carb FZ but imagine if the power wasn’t curtailed, this bike would be such a hoot to ride. 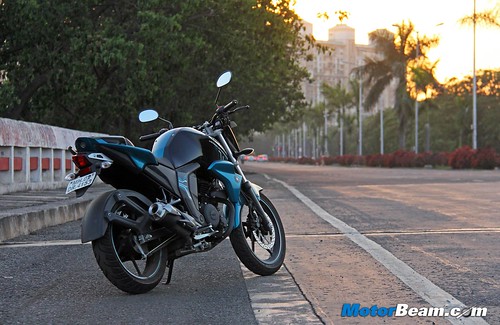 The Yamaha FZ Version 2.0 makes for a very practical city bike for daily use

The Yamaha FZ is quite like the Apple iPhone, when it was first launched, it made big news with many segment firsts. The competition has caught up, offering more for less. Just like the iPhone which continues to get minor but not game changing updates every year, the FZ too has improved in version 2.0 avatar but hasn’t re-written the rules of the game it started (premium 150cc commuter). While it lacks the excitement which the original model bought to the table 7 years back, the FZ V2 surely is a more mature, practical and easy bike to live with, and there are a lot of people who like just that. For everybody else, there is of course the other long termer in our garage whose report is coming very soon.