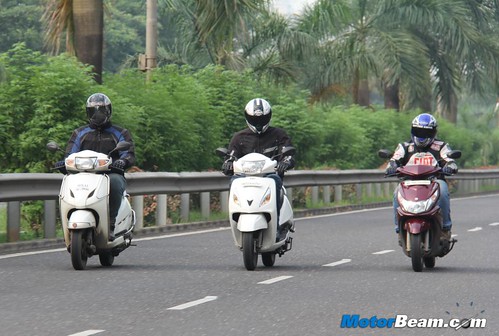 When Yamaha entered the scooter segment last year with the Ray, they got a tremendous response. However the company got its positioning wrong and targeted women buyers with the Yamaha Ray, which doesn’t have anything feminine about it. Realising its mistake, the Japanese automaker launched the Ray Z which is the same scooter but gets cosmetic tweaks to appeal to male buyers. However the Yamaha Ray isn’t a direct competitor to the market leader, the Honda Activa as it’s more of a Dio rival.

Yamaha is now planning to launch a unisex scooter in India next year which will directly rival the Honda Activa. Just like how the company showcased the Ray at the Auto Expo, the company will do the same with the upcoming scooter, unveiling it at the 2014 Auto Expo. The family oriented scooter might use the same 113cc engine which powers the Ray but the company could offer a more powerful 125cc powerplant which could give them an advantage over many popular scooters. If a 125cc scooter is launched by Yamaha, it will compete with the Suzuki Swish and Piaggio Vespa.

Yamaha’s focus is currently on the volume segments as majority of the sales happen in the commuter market. The company keeps refreshing its products with new colour schemes every now and then. If the Ray is anything to go by then we can expect the upcoming Yamaha scooter to boast of segment leading dynamics. As expected, Yamaha’s scooter will boast of good performance and excellent quality which will help it stand out from the highly dated Activa. Honda is certainly not going to sit still as the TVS Jupiter has robbed away the limelight from the Activa and the company plans a new scooter launch later this year. 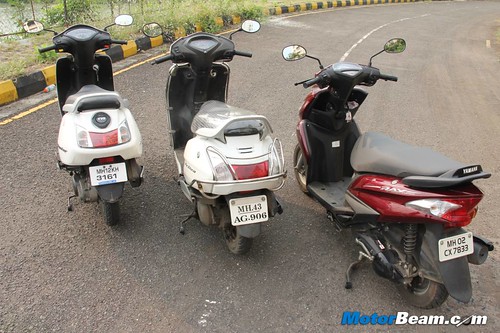 Yamaha Production Base In India To Be Largest