The commuter segment accounts for a majority of sales volumes in the 2-wheeler segment of India. While Honda hasn’t had great presence in this space, the company is continuously trying to change things. There are the three Dream series bikes which are aimed at the typical commuter buyer while to lure young customers, there was the CB Twister which is now replaced by the Livo motorcycle. Can the latest Honda commuter boost the company’s market share in the Hero dominated space?

Motor Quest: The Honda CB Twister was introduced in 2009 and took styling inspiration from the Honda CB1000R. This year, the CB Twister was discontinued, being replaced by the Livo. This new bike is based on a similar platform with a few changes in design. 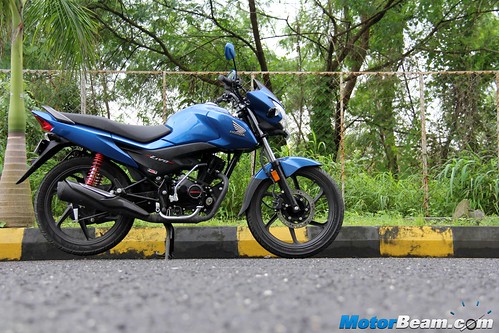 Styling – As we had encountered in 2009, the launch of the CB Twister was a good blow as Honda introduced real sharp styling into a motorcycle which belonged to the commuter bike segment. This year, the same motorcycle gets a major refresh as the Honda Livo which gets few styling bits like the headlamp design being almost identical with a few changes. The tank shroud is identical to the elder Unicorn 160 with the 3D Honda wing logo. The CB Twister had a short exhaust while the Livo has a longer muffler with a two piece cover. Coming to the rear, the CB Twister integrated grab rails in its body while the Livo gets a one piece grab-rail, different from the body. The design of the CB Twister was very sharp while the same for the Livo is smooth and soothing. Comparatively the Honda Livo has more body than the Honda CB Twister had. One special addition to the styling is, the Livo gets body coloured mirrors. 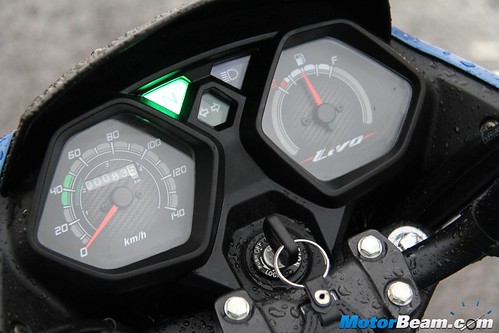 Instrument Cluster and Switchgear – Instrument cluster is a total refresh with twin hexagonal sections, one having the speedometer with the integrated odometer in the centre. Meanwhile the other section contains the fuel gauge with the ‘Livo’ text in it. Surprisingly there is no trip meter what-so-ever and neither of the console sections have anything in digital. Switchgear hasn’t been freshened up but there’s an improvement in the quality of all the switches. For instance, the pass light is quick and does a click action when pressed. The switches are still stay the same and are all on the left while the right side gets a starter button, again the engine kill switch goes missing. 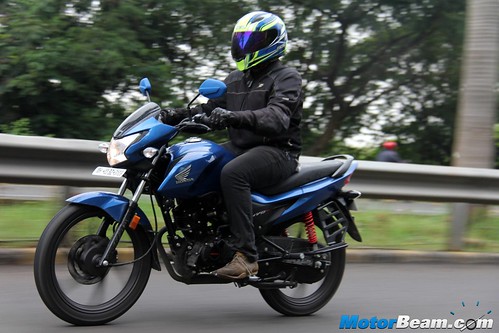 Ergonomics – The CB Twister was for the style fanatic and appealed to people from a younger age group. It felt very light as it had very less body. The Honda Livo could appeal to people of all age groups as it is a total commuter with a cream of decent styling and comfortable ergos. The seat is soft and wide, while the same is for the pillion too which the Twister missed out on. The overall seating is upright and the handlebar isn’t too wide, this makes the bike feel comfortable. The tank isn’t huge but the shroud gives good knee space for riders with a long height. 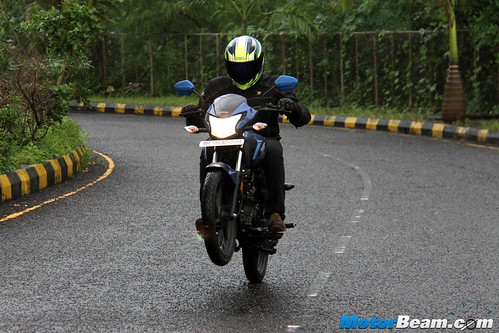 Performance – The same 110cc super peppy motor from the CB Twister continues to do duty on the Livo. The only reason it’s super peppy is that the motor shoots power to the rear very quickly and the weight is so less that it can just pop a wheelie. The mini powerplant produces 8.2 BHP with 8.63 Nm of torque at an early 5500 RPM which is quite early and available in abundance. As we have encountered, brand new Honda bikes feed in some vibrations until the run-in period is completed. And so with our test Livo, there was a decent amount of vibrations which the bike did feed in. There was no harshness felt, neither was there any bad noise. The exhaust note is a bit low too. The gearbox did knocking when a higher gear was put on but it rolled on well with smooth shifts. Overall the bike performs very well and also returns a mileage of close to 70 km/l. 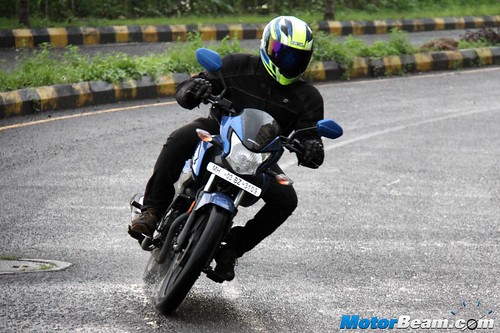 Riding Dynamics – Talking about the riding dynamics, the bike’s suspension feels too hard. Even on normal tarmac, too much roughness was felt. The Honda Livo does take the bumps well but feels as if it’s going berserk on bad roads. Ride quality isn’t great but isn’t bad on straights either but for a 110cc light weight motorcycle, it could have been better. Due to the light weight of the bike, the suspension feels a bit on the harder side. The bike rides on a pair of 18-inch alloys with very very thin tyres. The tyres are tubeless from CEAT and this rubber provides good grip even on damp roads. The brakes are stupendous, the first moment I took the bike and tapped on the brakes, it stopped right there! Going around and checking the performance of both front and rear brakes and the bike skids on the rear while a surprising stoppie occurs. Brakes are sharp and strong, taken from the Twister again. 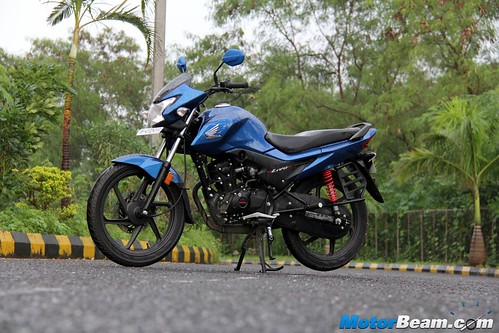 Verdict – The simple, new and a bit elegant design of the Honda Livo is a bit eye catchy with the available colour. For a 110cc motor, the bike performs very well and has the best brakes I have encountered in the 110cc segment. Finally Honda is on fire to make way into the modern commuter segment by not compromising much but providing what it can in the best way. The Honda Livo is a very good product but a better ride quality could have made it come above all of its competitors in the segment in terms of overall practicality and appeal. It still is better in most ways than its rivals.

This new commuter motorcycle is made from the Honda CB Twister platform but is very new and much better than its predecessor. Except for the ride quality, the Honda Livo lives it good and is a beautiful pocket commuter bike. 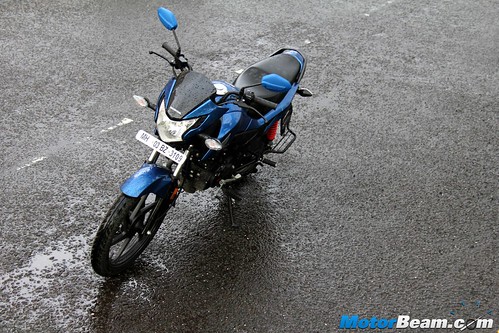 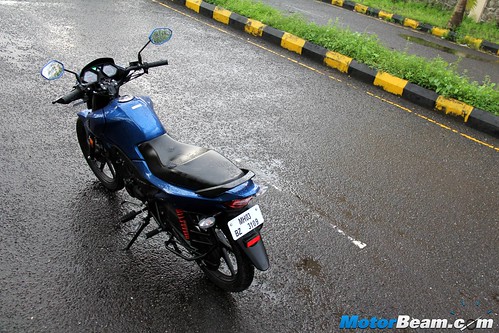 One of the best commuter motorcycles around, Honda has worked well on this bike 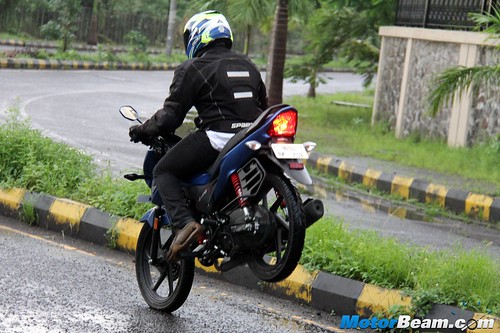 The best brakes in a 110cc motorcycle, surprisingly powerful and strong

“The Honda Livo is an attractive offering in the entry-level commuter space. It looks good and comes with the positive traits of other Honda bikes – a super smooth engine, efficient performance and good comfort. The light weight makes the Livo at home in thick traffic while the Honda badge brings reassurance to first time buyers who want a Japanese commuter which looks modern too.” – Faisal Khan, Editor, MotorBeam.