I am a big fan of Range Rovers, who isn’t? I have driven all generations of this iconic SUV, including the prototype which didn’t have a body. The original luxury SUV which made others follow, the Range Rover got a shot in the arm last year and is excessive in every possible way, right from the size to the price. In fact, even reviewing the base Vogue trim doesn’t make us feel shortchanged in any way with quite a few essential bells and whistles missing in this particular model, still, this vehicle is hugely impressive, we tell you why.

Motor Quest: The first generation Range Rover was launched in 1970 and had a production lifespan of 25 years, it was followed by the second generation which too was a body on frame. The third-gen model shifted to a monocoque chassis and was developed by BMW, the initial models used the electricals of the E38 7-Series and E39 5-Series. The fourth generation model (L405) was launched in 2012. 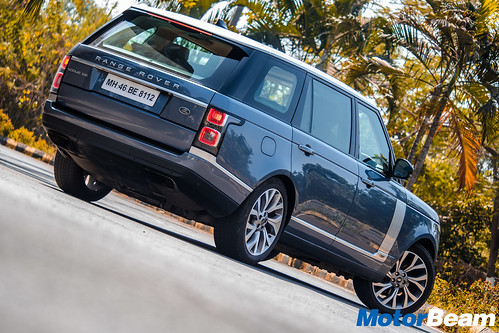 Exteriors – The Range Rover LWB is massive and there are no two ways about it that this car looks properly intimidating. The long wheelbase version gives it a stately presence and the minimum use of creases and the boxy silhouette means the Range Rover can be identified as a Range Rover from a mile away. The Range Rover feels dominating but the design has a sense of elegance and sophistication to it. It does not look bland but neither does it have that ‘look at me’ face. It all works well, for the SUV relies heavily on its dimensions, subtle lines and the attention to detail to grab the attention of everyone on the road. 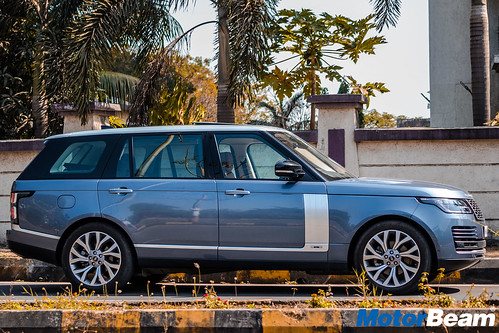 In fact, the attention to detail is something else on the Range Rover. The Matrix headlamps, for instance, are so beautifully intricate, they look more like a sculpture. They light up so beautifully with one of the four elements lighting up before the whole light glows. The tail-lights have their own party trick where the lower portion of the brake light turn orange when the indicators are engaged. The Range Rover does without the oddly visible rear windscreen wiper, which is cleverly hidden in the hatch spoiler. The design as a whole feels properly British, in the sense, that it is the finer things which have the precedence.