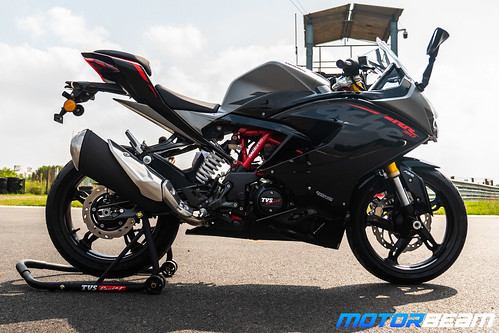 No changes in ergonomics at all, it is comfortable yet engaging

Ergonomics – Just like the styling, the ergonomics haven’t changed either. The seat height is the same at 810 mm. The seating posture is exactly like before, aggressive but not too much leaned-in. The footpegs are slightly rear-set too making the riding posture quite engaging. The split-seat setup has a raised pillion seat which is still not comfortable as there are no external grab rails either. The seat cushioning for the pillion as well as the rider is not too soft but enough to provide comfort. The mirrors have a slightly edgier design but the functionality remains the same as before which isn’t very pleasing. The ergonomics are comfortable yet engaging at the same time, quite like a comfortable sporty motorcycle. 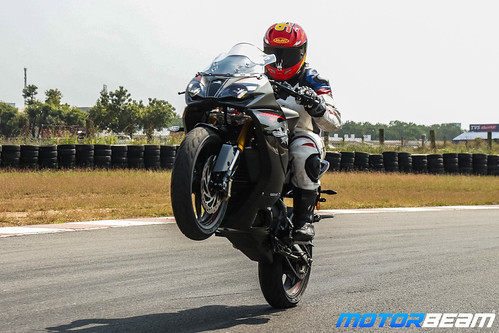 The reverse-inclined motor packs a lot of punch

Performance – The TVS Apache RR 310 is powered by a 312.2cc reverse-inclined liquid-cooled engine which is now BS6 compliant. The power figures remain the same as before but the motorcycle now gets multiple riding modes. In the Sport and Track mode, the motor produces 34 PS of power and 27.3 Nm of torque while it redlines at 10,500 RPM. But in the Urban and Rain mode, the redline is dropped to 8500 RPM while the motor runs on a lower state of tune. It produces 25.8 PS of power and 25 Nm of torque which comes early in the rev band too. There is a decent drop in power but the torque is almost similar. This helps in better engine response in an urban riding situation while a mellower response in a rainy riding condition. The modes can be switched on the fly with the gaming console switchgear. 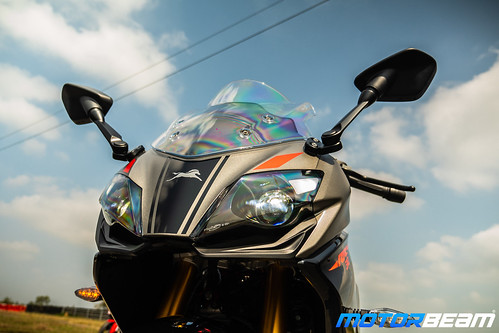 When you buy the motorcycle, as a run-in limitation until the first service comes, the motorcycle is open to only Urban and Rain mode. The other two modes open up after the first service is done which is at around 1000 kms. For the first time, there is a ride-by-wire throttle too in the Apache RR 310. Hence, the throttle input is modulated according to the riding modes. The race-tuned slipper clutch worked really well in the last update but it had better feedback this time around on the track test. The test bikes had all the four modes unlocked and the difference in throttle response in each and every mode could be felt very well. The track mode was the liveliest while the rain mode was the most relaxed. 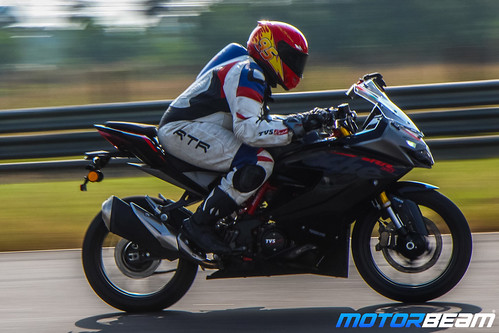 All the riding modes have a different type of feedback

The 6-speed gearbox does duty pretty well but since the RR 310 got so much tech, an addition of a quick-shifter would have been the cherry on the cake. The performance, however, has become better and the modes come in handy for various different situations. The motorcycle can still hit the ton under 7.3 seconds while the top speed in Sport and Track modes is close to 160 km/hr. In Urban and Rain modes that is dropped and limited to 125 km/hr for safety reasons. Heating was never an issue while the air ducts and the radiator work really well to keep the bike cool. With the BS6 update, the vibrations have reduced but one can still feel the rawness close to the redline.

News highlights of the day include Hyundai, Mercedes, Toyota and Volkswagen. Hyundai Kona - Prices of the Hyundai Kona have been increased by   END_OF_DOCUMENT_TOKEN_TO_BE_REPLACED

A person in Rajasthan has modified his Premier 118NE to look like a Rolls-Royce Phantom Drophead. Catch All The Latest Videos, Subscribe To   END_OF_DOCUMENT_TOKEN_TO_BE_REPLACED

The upcoming Benelli 600RR has been spied in production-ready form. Benelli had discontinued the Tornado 1130 in 2014 and quit the sports bike   END_OF_DOCUMENT_TOKEN_TO_BE_REPLACED