From the Pulsar CS 400 concept to the production-ready Dominar 400, the journey for Bajaj’s flagship motorcycle has been full of ups and downs. The power cruiser was made to go against retro cruisers from Royal Enfield through mock advertisements instead of letting it make a name for itself. What ensued was that the product failed to make a mark in the segment. While the rich history of Royal Enfield can not be back-pedalled, we can certainly show the true colours of the Dominar 400 in a more unrestricted way through a long term review. We have piled up over 12,000 kms on our long-term Bajaj Dominar 400 and that calls for a comprehensive log of the experience. 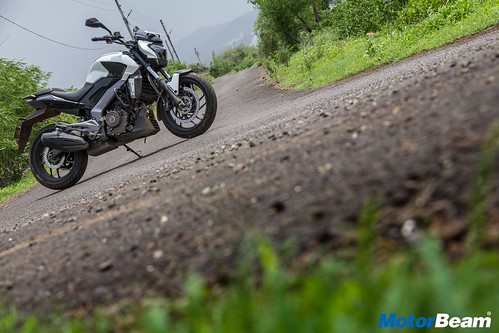 Let us start with the purpose of this machine. The manufacturer markets it as a power cruiser, which basically means a performance-oriented cruiser with sorted dynamics and neutral ergonomics, and claims it to be a “Hyperride” – with hyper-performance, hyper-control and what not! Anyways, let’s keep the super, duper and hyper for another day and focus on the heart of the matter. The 373.3cc, liquid-cooled and fuel-injected motor dishes out a healthy 35 PS of power at 8000 RPM and 35 Nm of torque at 6500 RPM. 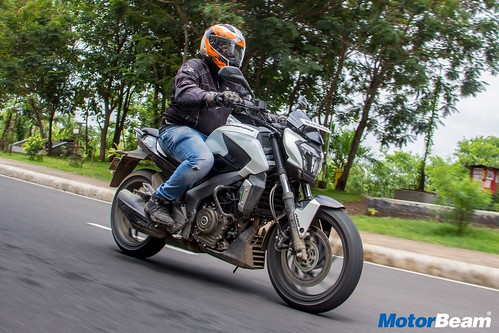 While there’s been enough applaud of the DTS-i engine for its tractable nature, what surprised us during our year-long stint were the refinement levels. With a little over 12,000 kms on the odometer, the engine does sound harsh near the 9500 RPM redline. Surprisingly, this wasn’t the case when we got the test bike! In fact, both the KTM Duke 390s (with which the bottom end of the engine is shared) long-termers that we have, didn’t show such drastic changes in NVH. 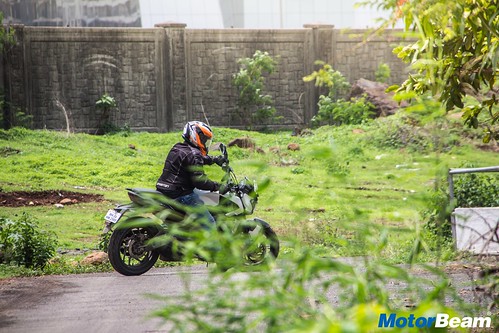 Adopt a sedate riding style and you can easily extract 30 kms from a litre of fuel!

What has remained unchanged though is the power delivery and exhaust note. The Dominar 400 still sounds throaty and lets out a strong surge of torque in the mid-range. The bike feels completely at home when cruising in top gear at 100 km/hr with the motor spinning at around 5500 RPM. Even when the speeds drop to around 60 km/hr, this little brute picks up cleanly without needing a downshift. However, vibrations that kick in post 100 km/hr really mar the touring reputation of this bike translating to an irksome journey to reach its 149 km/hr true top speed. The 6-speed gearbox offers flawless shifts and even the slipper clutch behaves as expected. 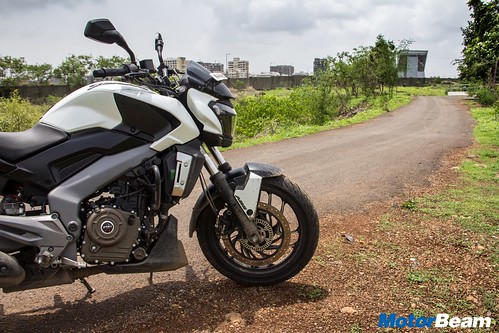 In terms of aesthetics, the Dominar 400 isn’t the best one out there with its conventional stance. There are some modern bits which set it apart from the crowd such as the LED headlamp, digital console and diamond-cut alloy wheels. However, this design isn’t what we’d exactly call striking! The muscular tank contributes to the bulk up front while the switchgear quality and fit & finish levels reiterate the premium positioning of the motorcycle. The Dominar offers an upright seating position which allows for a brilliant balance of space, comfort and control. Even though the split seats are well-contoured, their cushioning is on the harder side which robs away pillion comfort on longer runs.

Pulsar CS 400 Spotted Up Close In Yet Another Spy Video