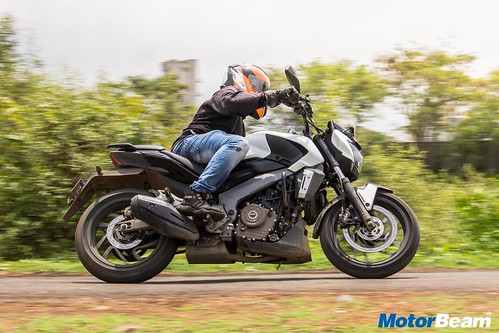 The Dominar 400 is not the one to be pushed around corners!

Underpinned by a beam type perimeter frame, the Dominar 400 comes suspended via 43 mm telescopic forks up front and a monoshock at the back. The ride quality is on the stiffer side and tackling very bad roads requires one to slow down to maintain composure. With a kerb weight of 182 kgs and a rather long 1453 mm wheelbase, the motorcycle feels stable on the straights and planted through sweepers. Even though the Dominar feels easy to flick around corners, quick directional changes are not its forte. 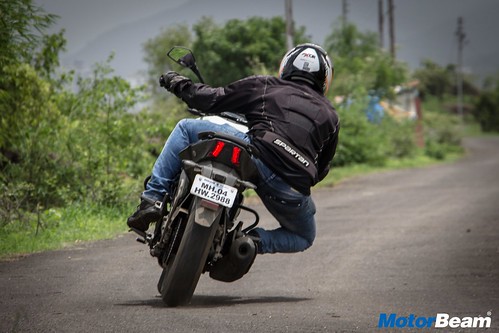 The Dominar is really well-suited for the daily grind, inter-state trips as well as weekend joyrides

Our test bike came shod with 17-inch MRF radial tyres, 110-section and 150-section at the front and rear respectively. MRF rubber is definitely not comparable to the likes of Metzelers or Michelins but provides a decent amount of grip for most riding conditions. Braking is one department where we came out thoroughly impressed with the Dominar 400. The motorcycle gets a 320 mm disc brake up front and a 230 mm disc brake at the rear. Being the top-spec variant equipped with twin-channel ABS, our long-termer offered phenomenal stopping power and braking feel. The ABS unit works well too and ensures that the bike stops in a straight line without any drama. 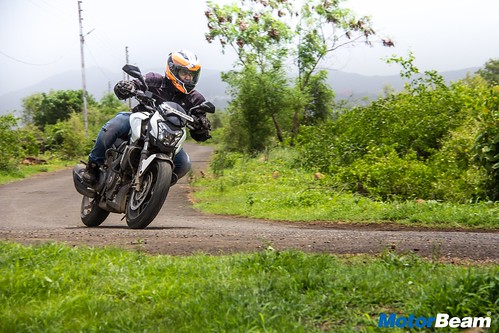 Bajaj Auto has been in the country since the 1940s and has a vast network of dealerships and service centres. Finding a service centre for periodic maintenance of our Dominar 400 was never a problem but our service experience has been far from satisfactory. Not all workshops have trained personnel with expertise to work on relatively complex bikes such as the Dominar and this is where customer satisfaction takes a major hit. This problem is more prevalent in smaller cities where majority of vehicles coming in for service are out and out commuters. While we have to appreciate the fact that Bajaj service centres actively follow up with customers for their feedback, there’s no denying that one is better off exploring competent service centres nearby before biting the bullet. 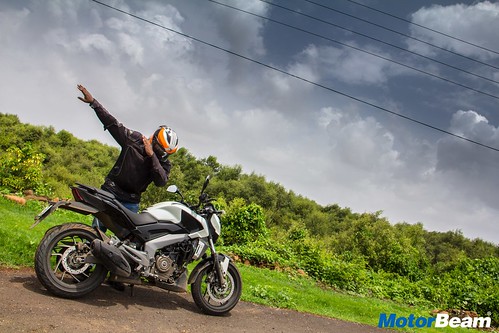 Keeping the bike clean during monsoons is a big task, but hey, that would be nitpicking!

To sum it up, our experience with the Dominar 400 has been pleasant so far. In the last one year, the bike took in its stride all that Mumbai roads had to offer. In 2013, KTM redefined bang-for-the-buck by introducing the Duke 390 in India. With an asking price of Rs. 1.58 lakhs (ex-showroom, Mumbai), the Bajaj Dominar 400 betters that but loses out on the thrill and brand value of the Katoom. While the overall package is unbeatable for the price it commands, there are a few issues with the Dominar that must be ironed out such as the deteriorating NVH levels, hard seat compound and the stiff suspension setup. At the end of the day, this one comes across as a fantastic alternative to the Royal Enfield range as it manages to outclass the latter in many aspects by a fair margin. 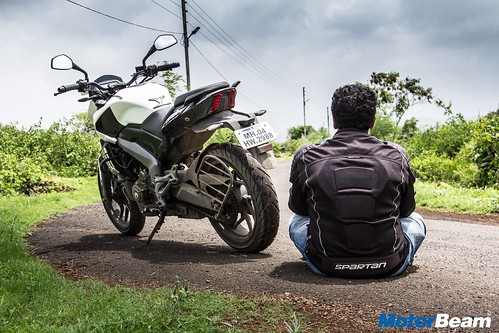 No one would believe that these tyres have covered over 12,000 kms!

* NVH levels deteriorated considerably within 12,000 kms of use
* Stiff suspension setup requires one to be careful over bad roads
* Seat compound is on the harder side
* Plastic fuel tank doesn’t allow one to mount tank bags
* Lacks the visual appeal of its competitors
* Overall service experience remains a mixed bag