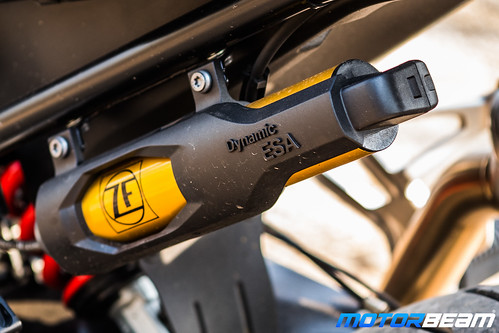 Ergonomics – The ergonomics of the BMW F 750 GS are rather on the comfortable end likewise to other adventure motorcycles out there. The rider’s position goes upright with the raised handlebar and the slightly front-set footpegs. The motorcycle may look intimidating with its looks but is easy on the go and the seat height is just right at 815 mm. The rear suspension canister is electronically controlled and pressurises the suspension to make it harder/softer as per the rider’s demand which increases the ride height significantly. The fuel tank is covered with large body cladding which lets the rider grip the tank tight while catching some air and/or standing on the footpegs. The single-piece seat has soft cushioning for both rider and pillion, to keep the ride nice and comfortable. 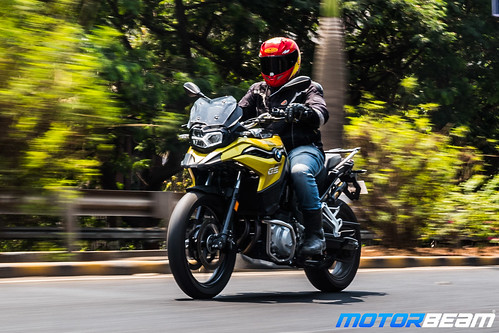 Reaching triple-digit speeds does not take any effort

Performance – The BMW F 750 GS is powered by the same sibling engine, an 853cc parallel-twin mill churning out 76.3 PS of power at 7500 RPM and 83 Nm of torque at 6000 RPM. The power distribution is aimed for the mid and top-end, latter for the most. The bike redlines at an early 8500 RPM while the throttle response is fairly decent and not choppy. The powerplant is mated to a 6-speed gearbox and there are no complaints against it as it is pretty smooth, shifts effortlessly without demanding much of heed. How can we possibly miss out on the quick shifter, it does butter smooth shifts and it’s worth paying for. The max mileage we managed to fetch was 20 km/l on a city-run and 24 km/l on a highway, considering the tune of the motor, the mileage has been impressive. Even though the engine would heat up to some extent, the airiness and liquid-cooling managed it pretty well. 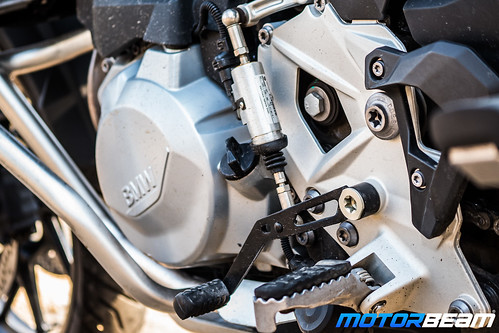 The parallel-twin motor rumbles like a V-twin, thanks to its 270° firing order

Rider aids include four riding modes – Dynamic, Rain, Enduro and Road. All the four modes give a different character to the bike, thereby altering the power as well. Road mode keeps the motor deficit of power but on a bearable scale, though the traction control gets a bit intrusive at times. Dynamic mode lets you give some beans to the engine without letting the rear completely loose on gassing it hard. Rain mode chops down straight 12 PS from the total and makes the motorcycle even more docile to keep the paint up and the rubber down. For light off-roading and gravel roads, the Enduro mode works just fine, altering traction control as well as the throttle response. However, the urges of having just a bit more power like the off-road sibling are always there. 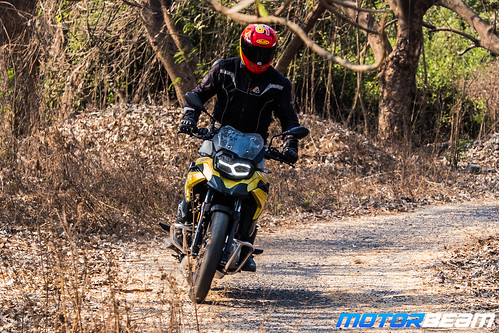 Riding Dynamics – The ergonomics are in the rider’s favour and for a road-going adventure motorcycle, the BMW F 750 GS is very capable. Cruising at early triple-digit speeds is doable but the short windscreen contributes very minimally. However, it comes in handy as it does not bother during off-road duties. The bridge type chassis feels rock-solid in terms of quality and the centre of gravity is set somewhere close to the rider footpegs, offering an overall good composure, so much so that even after weighing in 224 kgs, the manoeuvres don’t bother the rider. It gets 19-inch front and 17-inch rear alloys shod to Bridgestone Battlax adventure tyres offering good grip on-road. Although, they are quite slide-friendly as you hit gravel or go off-road. 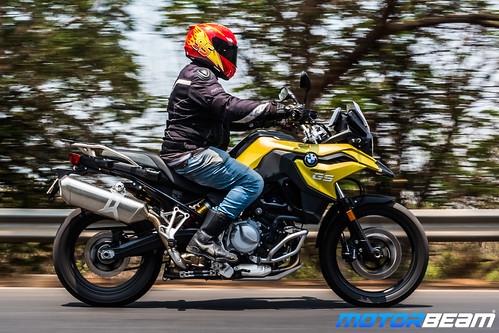 Straight-line stability is brilliant, the F 750 GS is a great bike to ride on

Though the BMW F 750 GS looks intimidating, the feedback, once you get on the saddle, is contrasting

The suspension travel isn’t as much as the off-road version possesses but it still gets the job done. The front telescopic forks are non-adjustable while the rear monoshock comes with electronic damping and height adjustment like mentioned earlier. For a road-going motorcycle, the F 750 GS has good braking feedback with the 305 mm dual disc setup at the front and a 265 mm single disc at the rear. The braking can be a minor overkill if the bike changes its playground. Switchable traction control comes in a lot handy while the ABS is switchable too. The centre of gravity is low slung making it quite an easy motorcycle to do any kind of duties.

Renault wants to go all guns blazing in the Indian market by creating new segments. Renault launched the Triber in 2019 and this 7-seater   END_OF_DOCUMENT_TOKEN_TO_BE_REPLACED