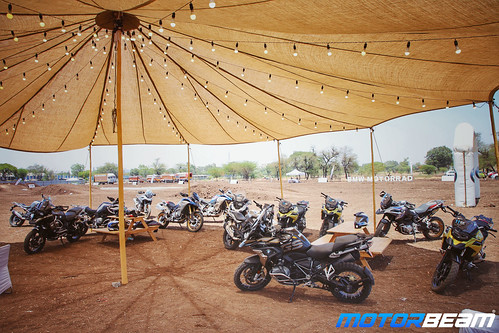 While it got too hot, the bikes needed some cool down too

After this drill happened, we had a lunch break and I noticed that the 1250 has such good weight distribution and that along with the boxer engine you get some space to lock your knees. People riding the 1250 did the circles like a cake walk but as you are continuously riding in circles you do feel some dizziness. It was my turn on the 750 and I nailed it in the first go but as I completed 4 rounds I had to stop. As soon as I put my foot down I just tipped off a little to the right, almost had a fall but managed to save it. While everyone was completing this drill, I got a chance to experience the F 850 GSA and I just rode it around for some time. It just felt like the 750 but with a very huge tank and a heavier front end. 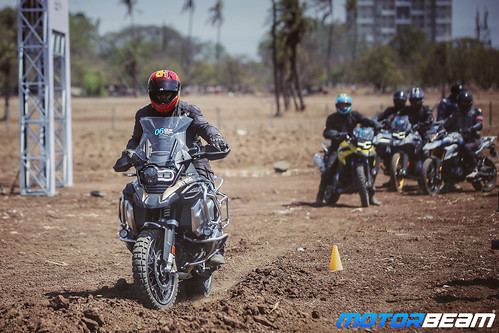 We had last two drills after this, a small hill climb with stalling the bike and how to get out of it. Everyone got in a line and started riding on a small slope one by one. As soon as we reached the top of the slope ends we had to kill the engine, get the bike down backwards and start again. This is a situation which occurs when we don’t throttle much and the clutch isn’t engaged properly. In this drill, we had to walk the bike back with the help of gravity and give it momentum just by using the clutch. For sure these big bikes have a brilliant engine and this showed how strong the clutch is. Alongside that, we now knew what to do if we stalled a big bike going up the slope. 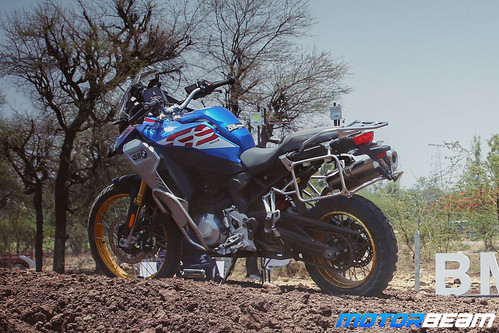 The last drill was rut riding, in which the only thing that mattered was the vision. This time I hopped onto the mighty BMW R 1250 GSA. Fully loaded mammoth of a machine to be ridden in a not so deep but an unsettling rut. Few guys from the other media did fall riding through and when it was my turn I was quite scared. As soon as I started, Shahnawaz kept saying – “constant throttle”, while straight ahead of the finish point a cone was placed to lock our vision. Right next to the cone was Ajit our second trainer for the day who kept saying – “focus on the cone”. I had my eyes locked to that cone and got through the rut without any issues at all. 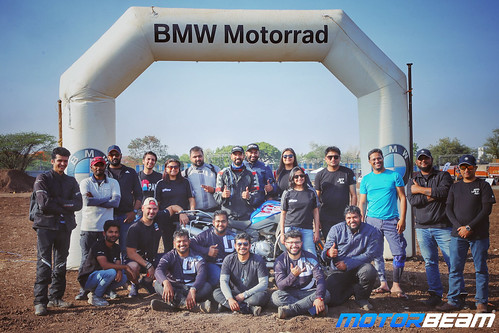 Kudos to the BMW team and the trainers, it was one brilliant experience

I knew my front was tilted left all throughout but the bike made it through. I did this drill again on the BMW G 310 GS and it was quite easy once you knew what to do. In the end, we had a bonus drill of emergency braking and as I was riding the G 310 GS, I had to first turn off the ABS and then get riding. In off-road too, the front handles all the braking and the turns while the rear keeps things in motion. We got the emergency braking drill done and by managing the weight on the foot pegs and pushing the body front and back, braking can be achieved without a fall. All in all, I could say that the big bikes speaking of adventure are very capable of doing so. But it is the rider that can take such a bike to places where it is difficult to even walk.

BMW Wants To Give Affordable Performance Bikes To Indians