I really don’t know where to begin. It has been an interesting few months with the new Fiat Avventura Urban Cross that has been my daily ride. This is one of those few times when I’m unable to decide whether I really like this car or not. Sure, every car has its boons and banes, but Fiat cars have always been something away from the ordinary and whether you love them or hate them, you just cannot ignore them. 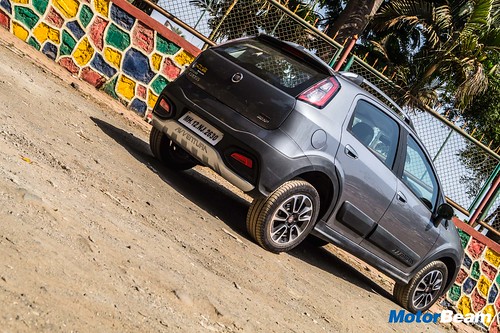 The Urban Cross is nicely designed just like other Fiat cars

I really don’t need to mention that the Punto Evo is one beautiful car and there is no denying this. The Urban Cross is derived from the Punto itself and comes with quite a lot of enhancements while the overall shape and look of the car aren’t too different. On the outside, you get body cladding all over, along with attractive diamond cut alloys wrapped around fat rubber which really lend the car a masculine stance. Our test car was grey in colour and it gelled really well with the alloys and body cladding. The headlights remain similar to the Punto just like the tail-lamps. The Urban Cross looks a bit exclusive on our roads which are infested with the usual hatchbacks and I had a lot of people come and ask me about the car. Someone even commented that I’ve modified my Punto very tastefully. 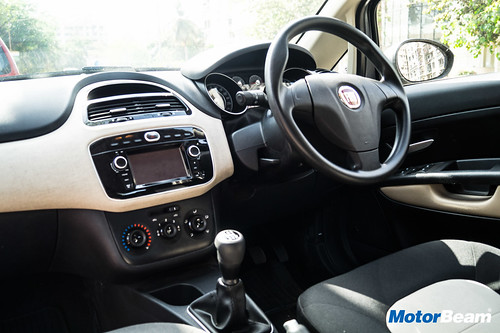 The build quality makes you feel secure because it is strong

The build quality feels very good, especially compared to other cars in the same price band that have a very tinny feel. The interiors are largely similar to the Punto and Avventura, but unlike the latter, you don’t get those 3 dials on the centre console. What has also changed compared to the Avventura is the positioning of the spare wheel, which is now placed in the boot conventionally, and that is far more practical than the boot-mounted wheel. Build quality on the inside also feels great but fit and finish levels are below par at some places and honestly we would be happy with better finish. For instance, the interior LHS C-pillar trim on our car was constantly coming off. 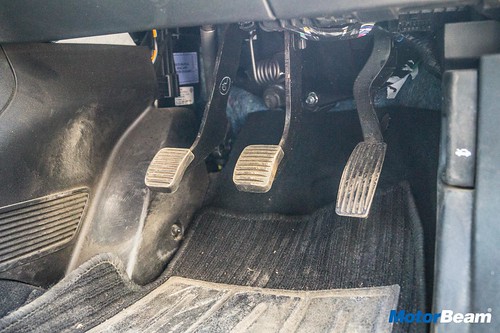 Ergonomics are far from the best and there is scope for a lot of improvement. The steering wheel is set high up and doesn’t have adjustment for reach, the front seats are a bit weird and take time getting used to, the placement of the pedals could have been better too. Another thing worth noting is that your leg rubs against the steering column when you turn the steering and the foot is on the clutch. The space between the clutch and the dead pedal also isn’t much and people wearing large shoes will find an issue with this. 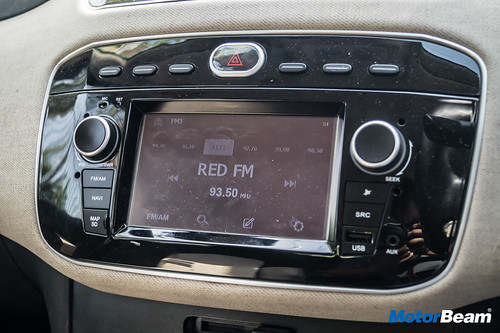 The touchscreen on our test car was behaving erratically

The equipment list isn’t great too. You just get stuff like electrically adjustable ORVMs, touchscreen infotainment system, MID, remote locking and ABS. This being a diesel variant isn’t offered in the top trim and hence misses out on dual front airbags shockingly. The touchscreen infotainment system isn’t the best one out there and has average sound quality. The touchscreen was also behaving erratically and it used to keep blinking on its own, which became so irritating at night that I had to activate the Auto-Off function which would shut the screen after 20 seconds. However, not having steering-mounted audio controls meant that the screen would wake up every time I would adjust the volume or change the song. For opening the boot, you either need to use the button inside the cabin or insert the key in the boot lid, there is no other button or latch on the boot lid to open it. 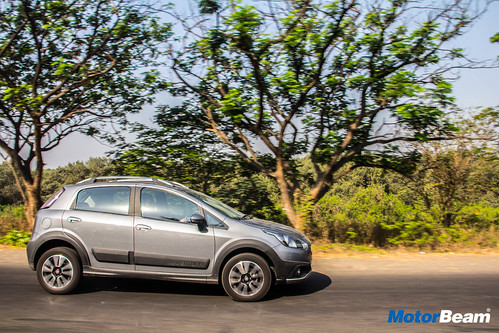 The tuning on the engine completely differs from what Maruti uses

Let us discuss about the performance now. You get the familiar 1.3-litre MultiJet diesel engine that is offered in the 90 PS tune. The engine is also offered with many other vehicles but the tuning done by Fiat is completely different. There is a lot of turbo lag but post that, the power delivery feels very punchy and surprisingly, the oil-burner loves to be revved right up to a notch above 4000 RPM. In fact, the mid-range and top-end are very punchy and that makes the car an eager performer.

News highlights of the day include Hyundai, Mercedes, Toyota and Volkswagen. Hyundai Kona - Prices of the Hyundai Kona have been increased by   END_OF_DOCUMENT_TOKEN_TO_BE_REPLACED

A person in Rajasthan has modified his Premier 118NE to look like a Rolls-Royce Phantom Drophead. Catch All The Latest Videos, Subscribe To   END_OF_DOCUMENT_TOKEN_TO_BE_REPLACED

The upcoming Benelli 600RR has been spied in production-ready form. Benelli had discontinued the Tornado 1130 in 2014 and quit the sports bike   END_OF_DOCUMENT_TOKEN_TO_BE_REPLACED