The Ford Figo Aspire TDCI is a total blast to drive and is efficient at the same time!

The Ford Figo Aspire entered our long term fleet few months back and since it was the diesel variant, we all had a fight on who’ll get to keep the car since we all love the engine and the way it pulls the car. Faisal got to keep the car initially but once my Maruti Vitara Brezza went, I called dibs on the Aspire and was more than happy to keep it. 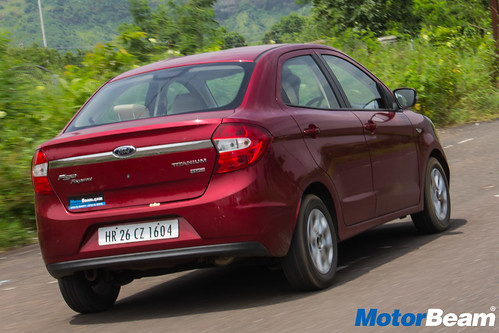 The car just shoots ahead with its punchy power delivery

First things first, the engine is a total gem and I just just adore the strong power surge it has. Touching triple digit speeds is super easy and this engine begs you to redline it every time you drive the car. NVH levels aren’t the best in the segment though, but hey, things aren’t too bad either. Mated to the TDCI motor is a 5-speed manual gearbox. The clutch on our test car was a bit on the heavier side and the pedal throw was also long. The gear lever offers nice feedback but again feels a bit notchy. The clutch release action also feels snappy but you get used to it after a few gearshifts. 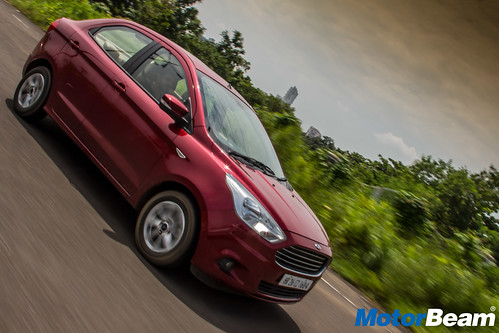 Gear shifts aren’t butter smooth but the engine is refined

The engine has a slight amount of turbo lag but it isn’t very pronounced and thus driveability in the city is pretty decent. Keep the motor on the boil in its power band and it just won’t disappoint in terms of performance and taking this car out on drives is always exciting. Out on the highways, the Aspire feels relaxed while cruising and gains momentum with ease when you dab the throttle. Sometimes, if you’re driving in a very sedate manner at low revs and suddenly want to overtake someone, a downshift might be required but if the motor is at around 2000 RPM, it’ll cleanly pull all the way to the redline without feeling strained.

Ford Aspire Electric Launch In 2019, To Use Mahindra Motor