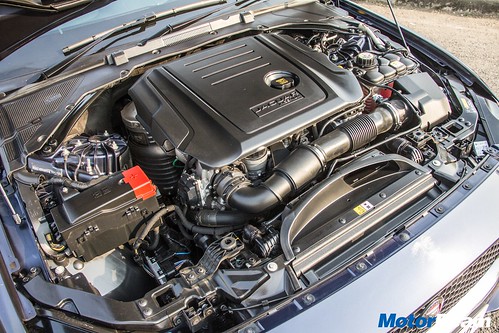 With its performance and driveability, the XE makes you smile whenever you are behind the wheel

Performance – The Jaguar XE diesel is powered by a 2.0-litre, 4-cylinder engine which is called Ingenium. This motor produces 180 PS at 4000 RPM and 430 Nm at 1750 – 2500 RPM, resulting in 0-100 km/hr coming up in 7.8 seconds while the top speed is 228 km/hr. It does pull well lower down and turbo lag is well contained with the mid-range being the strongest point of this powertrain as it’s between 2000 and 4000 RPM where this Jag pulls strong, there isn’t much of a top-end with redline coming up at 4900 RPM. It isn’t the most refined motor as it’s quite audible but in a good way as the sound from the twin exhausts is a bit sporty for a diesel. 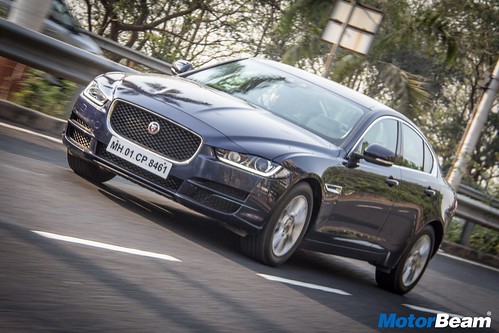 Post the 2000 RPM mark, the engine picks up pace enthusiastically

Leaving aside the BMW 3-Series, the XE is the next best luxury sedan in its segment that caters to a driving enthusiast

There are 4 driving modes – Normal, Eco, Winter and Dynamics (with a chequered flag), these alter the engine, steering and AC, not the gearbox as the S mode on the rotary gear selector does that. In S mode, it holds the revs all the way, upshifting slightly below 4500 RPM while if you use the paddles, it will go into manual mode and not upshift till you do so. The gearbox is very quick with shifts, sometimes too fast as it downshifts when you don’t need it but I like the enthusiasm, especially in the city wherein stop-go traffic, this Jag feels just too punchy but you learn to modulate the throttle. 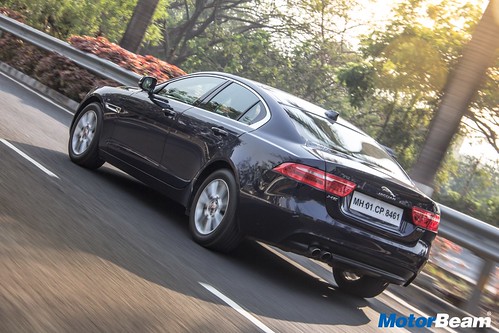 With both petrol and diesel variants on offer, the British automaker will now look at getting significant volumes

Driving Dynamics – The XE is the first Jaguar to come with an electric steering which has superb feel and feedback. Not only does the steering weigh up well at speeds, it feels connected all throughout. Jaguar has achieved very good weight distribution (near 50:50) and that’s due to the use of aluminium not only in the chassis but also in the suspension. Then there are a slew of electronics too but the one to really talk about is torque vectoring which applies brake to the inside wheel while cornering to maintain control. 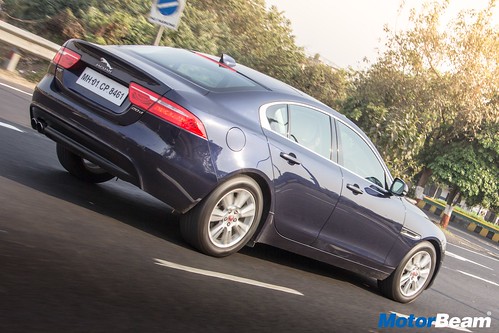 Being a rear-wheel drive, the Jaguar XE does feel a bit oversteery but the electronics make sure you point where you want to, although you can still have some fun. In spite of being a good handler and stiffly sprung, this BMW 3-Series rival has a fantastic ride quality wherein it absorbs almost everything in its stride other than the bigger bumps on the road where it just thuds. The brakes on this car offer good stopping power and the XE remains glued to the road at high speeds.