Mahindra is a very aggressive automaker as every month we see a new launch from the company, whether it be an all new product, a mid-life facelift or a new variant of their existing car model. The utility vehicle maker takes customer feedback very seriously and that’s the reason the TUV300 has been given an updated engine as both journalists and owners criticised the lack of performance from the mHawk80 motor. With the same specifications for the engine as the NuvoSport, there is little left to complain about the Tough Utility Vehicle now.

There are no styling changes to the Mahindra TUV300 mHawk100

Exteriors – There are no changes to the design of the TUV300 mHawk100 and save for the mHawk100 badge on the front fender (left side only), there is no way to make out from the outside as to what tune of the engine is this Mahindra compact SUV running. The design of the vehicle is a hit or miss, some really like it as the influence from Land Rover and Jeep is quite evident while others might just find it too plain and boxy without much design flare.

Interiors – The interior of the Mahindra TUV300 mHawk100 remains the same as the mHawk80 model with the dual-tone cabin being loaded with a ton of equipment as the more powerful engined model is only offered in top spec T8 trim. Being a 7-seater, the TUV300 can be quite practical but one must remember, the last row of jump seats are best not used due to the lack of space and safety. Mahindra has increased the rear seat cushion by 30 mm while raising the under-thigh padding by 19 mm to better rear seat thigh support, it does help but still under-thigh support is a bit lacking due to the low height of the second row seat. The dashboard design is without doubt the best we have seen in any Mahindra vehicle and compare this with the NuvoSport, the TUV300’s interior looks at least two generations ahead. 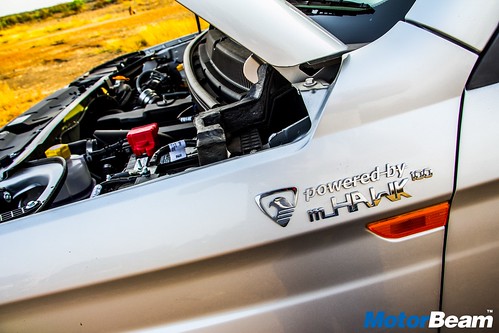 Performance – When Mahindra launched the TUV300, we wondered why it was producing lesser output than the Quanto. Then the NuvoSport was launched and we still were dumbstruck as to why the TUV300 still made lesser power. The vehicle now gets the same engine tune as the Quanto replacement, thus the 1.5-litre, 3-cylinder engine produces 100 BHP of power at 3750 RPM which is a full 16 BHP more while torque has increased by 10 Nm to 240 Nm between a higher band of 1600 to 2800 RPM. Using a twin-stage turbocharger, the added punch from the engine is hard to notice in city driving as both the engines have good low-end pep. 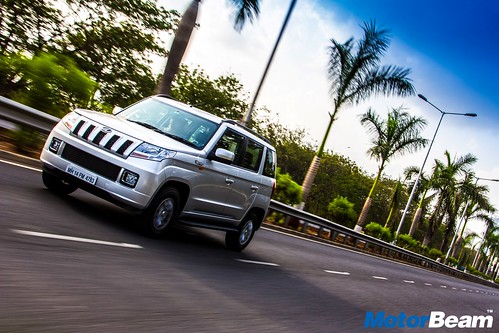 The added power is majorly evident in the mid-range

However, stretch the powerplant into the mid-range and the wider torque band gives the Mahindra TUV300 a better mid-range with added pulling power, no more going out of breath so quickly. Our VBOX tests show a 0.89 seconds gap between the two cars in doing the 0-100 km/hr sprint, the mHawk100 model taking 16.41 seconds. The motor is still quite noisy post 3500 RPM and redlines at 4800 RPM in first, 4700 RPM in second and 4500 RPM in third onward gears. The ton itself comes in fourth which robs away crucial time in the sprint to 100 km/hr while at the same speed in top gear, the tacho spins at 2500 RPM. 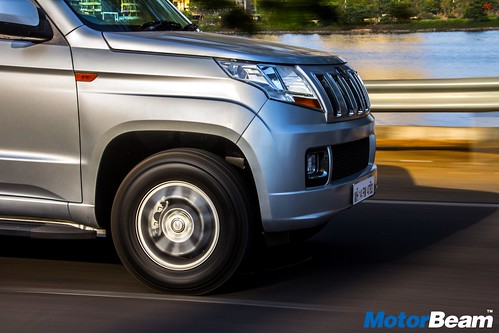 The Mahindra TUV300 is comfortable doing 100 km/hr and push it hard, it will reach 120 km/hr without much fuss unlike the mHawk80 model which struggled. There is an Eco mode which restricts RPM to 4000 RPM and voice command system shouts out loud “Your TUV300 is in Eco mode”. There is also a stop-start system which helps in increasing mileage but fuel efficiency has fallen from 18.49 km/l to 18.05 km/l (ARAI). The TUV300 mHawk100 is offered in both manual and automatic transmissions, both being 5-speed units and the AT is an AMT (the mHawk80 now gets AMT as made to order). The 5-speed manual gearbox offers decent shifts but could be smoother. 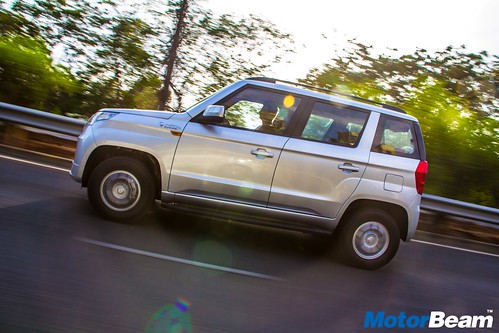 Driving Dynamics – The Mahindra TUV300 mHawk100, like its sibling, has a splendid ride quality with some bounciness being felt on less than perfect roads. The handling is decent but body roll is quite evident, the steering weighing up decently well for a car of this size. The TUV300 remains reasonably stable at speed while stopping performance is good although the lack of feel from the brake pedal robs confidence to brake hard. Being rear-wheel driven, one can take the vehicle off the tarmac too. 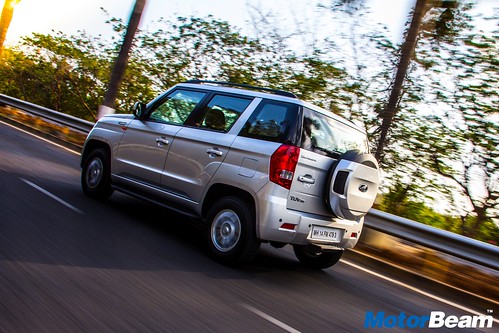 Verdict – The Mahindra TUV300 mHawk100 is easily much better than the mHawk80 model. The fact that Mahindra has priced it at just Rs. 8000/- premium over the mHawk80 model, makes one wonder why the mHawk80 even exists now. However, the more powerful TUV is only offered in top trim guise so those looking for lower variants have no option but to opt for the lower powered model. The mHawk100 model should over time replace the mHawk80 completely but right now, the launch of the more powerful TUV300 makes one further wonder about the fate of the NuvoSport. 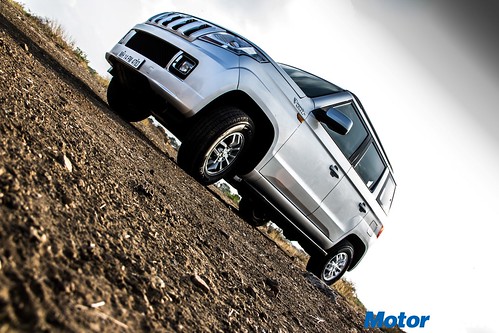 With the new engine in the TUV, who will buy the NuvoSport? 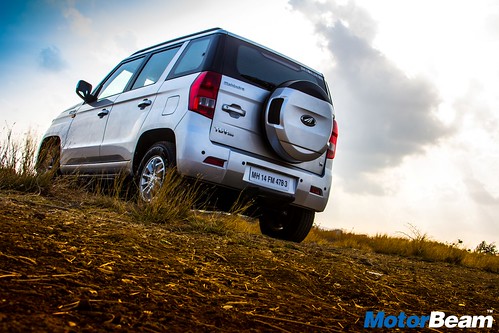