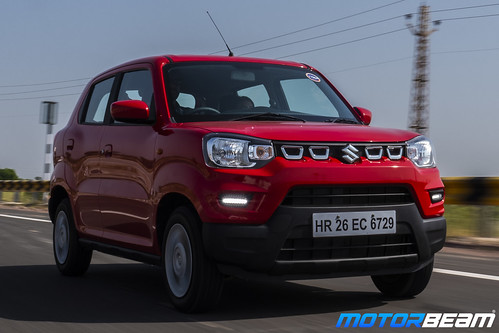 The engine is peppy and fun to drive

Performance – Under the hood is an Alto K10 derived K-Series 1.0-litre petrol engine producing 68 PS of power and 90 Nm of torque. Offered with this engine is a 5-speed manual gearbox and an auto gear shift. The engine is BS6-complaint helping it score a point over its arch-rival, the Renault Kwid. 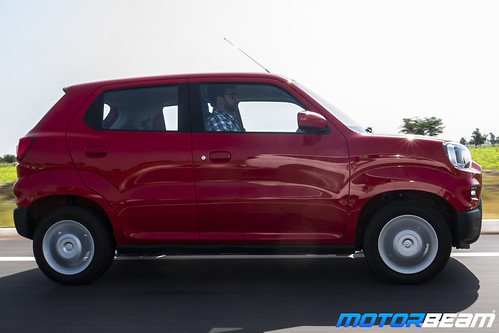 Insulation levels are quite impressive

The drivability is surprisingly good as I was initially scared to floor the S-Presso. The car just weighs 1170 kgs (Maximum GVW) and has a potent powertrain under it. To my delight, the engine is peppy and the new BS6 compliance does a lot to help it. It sprints right off the bat, has a good low-end but its the high-end of the rev band where it actually shines. Noise, vibration and harshness are well controlled and it’s only when you grind the accelerator, that the engine noise seeps in the cabin. 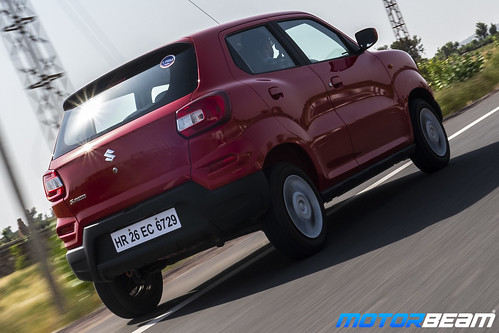 The AMT is convenient but shifts are jerky

We drove the automatic variant and the gear ratios felt just adequate for city and highway driving. The shifts were smooth but impossible to miss. One has to think ahead before overtaking as the car takes its sweet time to respond. Having said that, one just cannot ignore the comfort and ease of two-pedal driving. This engine-gearbox combination is peppy and fun to drive. Though Maruti claims a fuel efficiency figure of 21.4 km/l in its lower and 21.7 km/l in its higher variants, the best we got was 16-17 km/l city and highway combined. 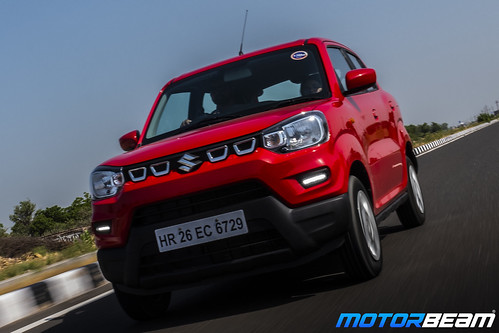 Driving Dynamics – The ride quality is brilliant. My initial reluctance to accelerate was challenged when we had a flight to catch and were pressed for time. The S-Presso surprises on every bump and pothole. You’d squint your eyes hoping for a thud and some rattle but it glides over. I could feel the car smirking. The steering is light at low speeds hence manoeuvring around the city is very easy, the light clutch only adding to the comfort. As the speedometer goes up, the steering weighs up but not enough and still feels light. Body roll is present but is well controlled. Maruti has equipped the S-Presso with front disc brakes and rear drums. The brakes offer good bite and are predictable under sudden and heavy braking.