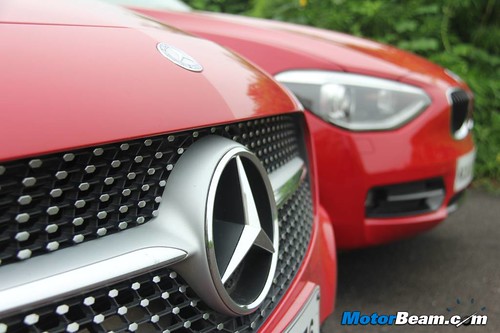 The top three of the Indian luxury car market, Audi, BMW and Mercedes-Benz keep racing one ahead of the other to climb the top step of the podium. Mercedes-Benz overtook its German rival Audi in the third quarter of 2013, ending September. Mercedes-Benz was lagging behind BMW and Audi before it introduced the B-Class and A-Class compact cars. After the compact cars were launched, the Stuttgart based automaker first overtook BMW to reach the second position in the first quarter of 2013. Now in the third quarter, it has overtaken Audi to reach the top spot.

Mercedes-Benz sold 1011 units last month while Audi sold 965 units. In the third quarter, Mercedes-Benz sold 151 units more than Audi. However for the whole year, Mercedes-Benz sits at second position behind Audi who have sold 930 more units starting from January 2013. After Audi launched its compact SUV, Q3, it set the segment on fire, even affecting the sales of premium sedans.

To compete with Mercedes’ compact cars and the BMW 1-Series, Audi has launched the Q3 Sport with a cheaper price tag but sans the all-wheel drive Quattro system. The Q3 Sport uses a de-tuned 2.0-litre diesel motor and loses quite a lot of equipment.

The entry level luxury segment is growing in India where buyers prefer them over mass market premium cars. The Indian market has seen increased sales in the entry level luxury segment with cars like the Audi Q3, Mercedes A-Class, B-Class and BMW 1-Series contributing to it. The overall luxury car market has grown by around 15% with new entrants like Jaguar Land Rover and Volvo also posting better sales. But with the top three already having established themselves in the country with a wide number of dealerships, it will be difficult for new entrants to join the top league in the near future. 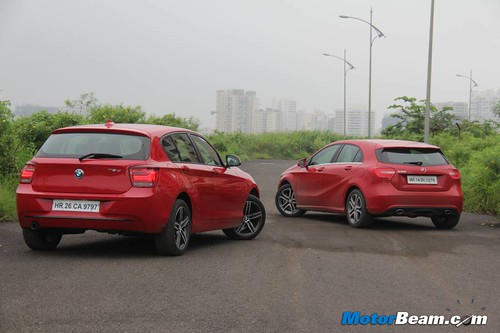 Mercedes-Benz Breaks Yet Another Record