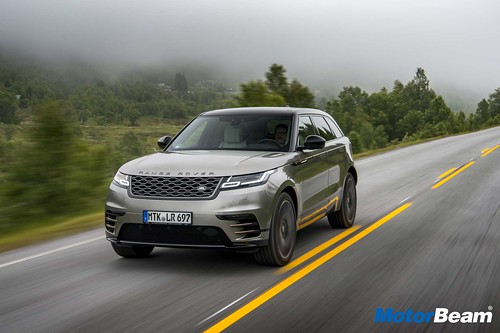 Land Rover will offer 3 engines on the Velar in India

Driving Experience – Our journey with the Velar began from the tarmac of Avinor airport in Luchthaven Ålesund, Vigra and continued in the picturesque Molde region of Norway. The first day’s driving included approximately 168km of country B-roads that offered not only a great view of the snow clad mountain range, idyllic Fjords, extremely long bored out tunnels [some as long as 11km] and unmarked stretches which proved to be ideal ground for unofficial sprinting, acceleration and handling experiences both on and off road. The test cars provided were from the first production and unlike previous experiences with similar production test cars, these cars were very hard to fault actually. We were offered the top-of-the line First Edition variants that come with supercharged 3.0-litre V6 engines. 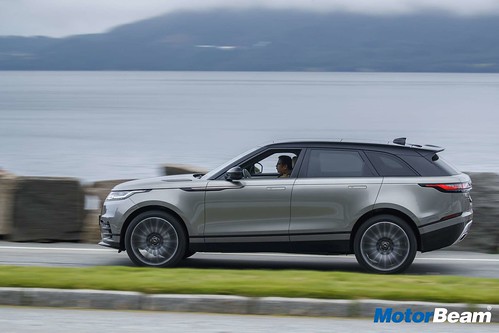 The diesel Velar will be available with both 2.0-litre and 3.0-litre engines

The Range Rover Velar is a luxury off-roader, it’s like a portable 5-star hotel

As a SUV, the Velar is a luxurious place to be in and both driver and occupant get settled in their respective comfort zones quickly, thanks to the various seat controls and adjustments and massage functions. Push button start instantly fires the engine to a deep roar from the exhausts before settling into idle. Engaged the gear and moved on the given route following the turn by turn navigation. In the first few kilometres we begin to get the real feel. 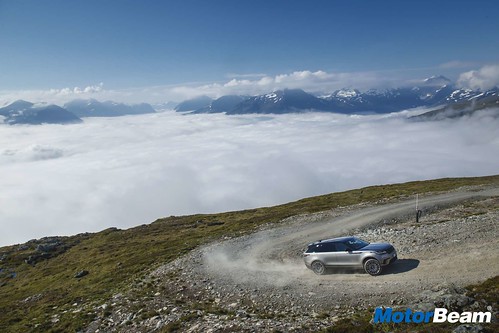 A 2.0-litre petrol engine will also be offered on the Range Rover Velar

Arguably, the car is a delight to drive and despite its dimensions, weight and high ride height it felt light, thoroughly planted and extremely responsive. The torque delivery is amazing and the gear shifting silky smooth in normal mode. In Sports mode as expected you get extra torque and the gears hold a little longer with slightly faster shift times when using the paddle shifters with minimal drop of revs. Of course, the sonorous exhaust note is accompanied by blips when you down or up shift and when that happens, you begin to appreciate the work of over 1,000 engineers involved in this car. 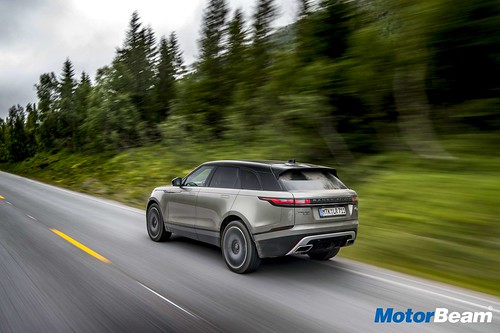 That’s not all. The ride quality is superb, partly due to good roads and mostly due to the superior suspension set up. What pleasantly surprised us was the car’s sharp cornering abilities which mimics a sports car’s point and shoot manouevre while remaining absolutely planted on to asphalt. This is thanks to its brilliant torque vectoring system which ensures that the car feel neutral and offsets any evidence of understeer and chassis management. As a result, on the Velar reflects its calm and compose personality with its splendid manners. 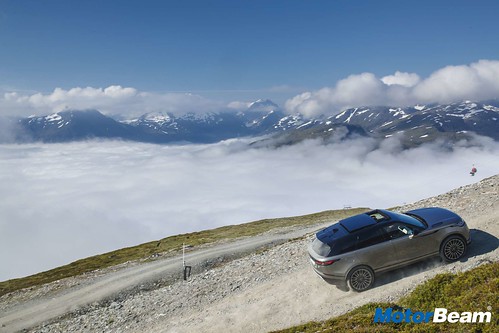 Steering weight from the electric set-up is well calibrated in the Velar and the feedback it offers to the driver will guarantee a smile all along. So are the brakes and short stopping distances and no roll tendencies. Acceleration and torque application from the powertrain ensures that the car is cat quick. In fact, it’s more like its sports SUV very much like its bigger sibling, the Range Rover Sport. 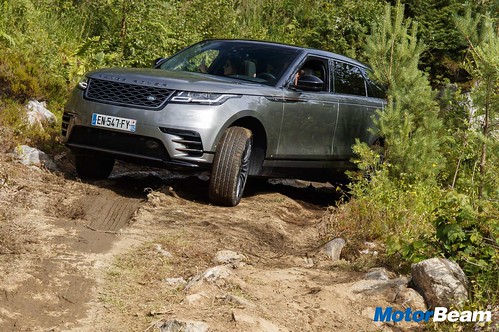 Having Land Rover genes, the Velar is impressove off-road too

Despite the fact, the Velar has been designed to spend more time on road, the car has been endowed with serious off-road capabilities, and this was evident in the natural off-road sections that we experienced and specialised articulation exercises that were designed and organised by Land Rover Experience specialists specially flown in from Gaydon, UK. In all occasions, the Velar effortlessly proved its impeccable credentials, with help from its approach angle of up to 28.89°, breakover angle of up to 23.5° and a departure angle of up to 29.5° and a maximum wading depth of 650mm. Off-road mode increases the ride height by 46mm compared to normal mode at speeds below 50km/h creating ground clearance of 251mm and the articulation exercises also gave a hint of the structural integrity of the monocoque body. 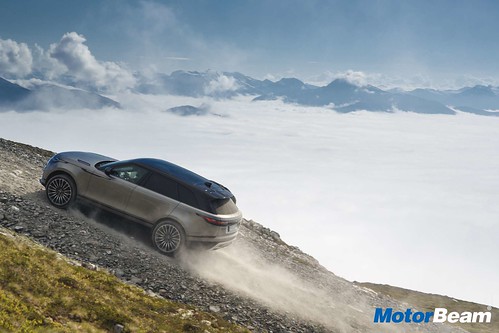 Land Rover will offer the Velar in India in 3 variants – S, SE, HSE

Verdict – A lot of new cars in the premium luxury segment have been launched in the past few months with reasonably good packaging and performance, but rarely has one come up with an almost flawless delight. On one hand Land Rover has brilliantly executed its candidate in the mid-sized SUV segment with the Velar and on the other hand in the process of the creation, set a new benchmark for itself and competition to match. The vehicle will be brought to India via a CBU route but expect demand to exceed supply, such good is this luxury SUV. 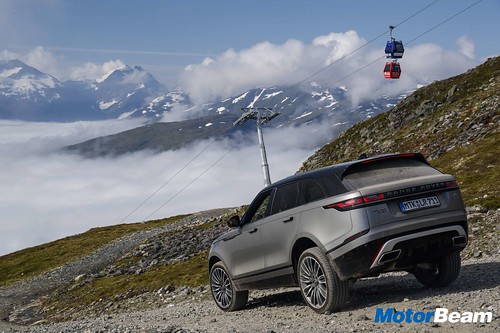