Mumbai. The city of dreams, the city which never sleeps, the city where people flock to make it big, also the city where road contractors take it for granted and the roads literally disintegrate during monsoons. Bad roads to no roads, dry patches to flooded areas, you get to see it all. In such a scenario, it is a routine to see cars struggling. However, the SUV body-type seems to be above all this which is one of the reasons why it has shown some exceptional demand over the years. The vehicle which started the affordable SUV revolution, the Renault Duster, is what we have been using and it’s no ordinary one, it’s the ‘All Wheel Drive’ version. Here is how our Renault Duster AWD has coped in real world conditions. 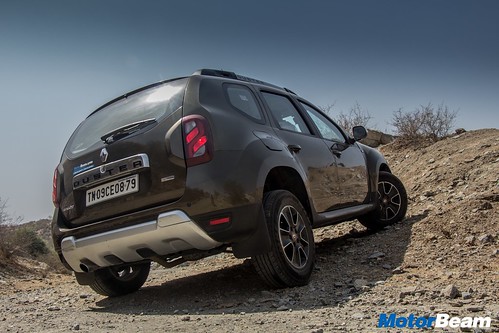 We have had quite a love-hate relationship with the Renault Duster. Having driven it extensively for months together in the past, including a Delhi-Mumbai drive, there are certain things which we love and certain things which we really hate. The Duster is actually a proper full-fledged SUV with respectable approach, roll-over and departure angles to tackle most types of off-road terrain. High ground clearance and the flared wheel arches give it a powerful character, slot in an AWD and bingo, you’ve got a true-blue SUV. 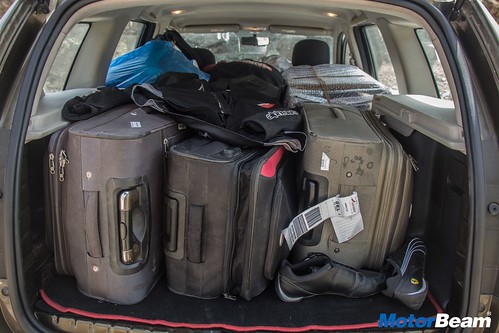 While we have been in love with the exterior styling, the interiors have been a let down. Rather, let’s just say they don’t justify the price you pay for this SUV. Quality is quite average and it just doesn’t feel built to last. Renault has time and again done minor improvements, the biggest of them being the addition of a touch-screen infotainment system with navigation. For sure, it is a welcome addition but the screen is a little slow to respond. For example, if you start the car and slot into reverse, you would almost be done reversing before the screen has booted up.