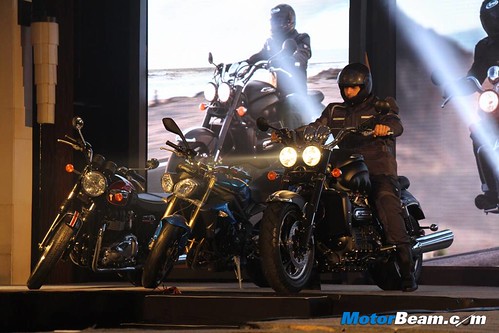 India is a place where we receive plenty of gifts in the third quarter of the year. Right from huge budgeted movies to huge budgeted automobiles. The recent gift we received was from Triumph Motorcycles after a long wait of almost 2 years. The British manufacturer released 10 motorcycles just a few days ago and that news has been the headlines in the automotive sector. Price range of the bikes became a hot topic in automobile forums. Some enthusiasts felt that they were overpriced but some were just eager to their hands on the bikes irrespective of the price.

The Bonneville, Bonneville T100, Daytona 675R, Street Triple, Speed Triple and Thruxton bikes will be assembled locally at the Manesar facility. The Rocket III Roadster, Tiger Explorer, Tiger 800 XC and Thunderbird Storm will be sold at a steeper price, the reason being these models will be imported as completely built units (CBUs). This means the company will be shelling 110% extra just for excise duty.

Now let’s focus on the Triumph Triple brothers. These both bikes belong to the street fighter segment and yes they are aggressively designed.

The Triumph Street Triple is equipped with a 675cc triple-cylinder engine. This engine churns out 107 BHP of power combined with a torque of 69 Nm. The chassis is made up of aluminium with a twin spar design because of which the motorcycle has low centre of gravity. The front brakes are having a 310 mm disc used against a Nissin calliper while the rear one is a 220 mm Brembo. The Street Triple has a switchable ABS option.

The Street Triple is also equipped with a coded immobiliser which prevents it from being stolen. The headlamps are spot on and we have to admit that this beast has got beautiful eyes. The tail lamp cluster is neatly designed and the turning lamps are made up of LEDs giving a superior look. The front suspension has a 41 mm inverted fork and the rear one is an adjustable mono shock, KYB being used in both of them. Priced at Rs. 7.5 lakhs (ex-showroom), this one is worth a buy.

The Triumph Speed Triple is also a triple-cylinder engine but with a capacity of 1050cc. The muscle power of this engine is 133 BHP and a nerve wrecking torque of 111 Nm. To keep the centre of gravity lower again twin spar design was selected. The braking of this ruthless machine is taken care by 4 pistons and radial Brembo callipers on 320 mm disc while the rear one is a disc against Nissin callipers.

On one side of the Speed Triple an aluminium swing arm with eccentric chain adjuster is placed to keep the bike on track even on the toughest corners of this planet. The front suspension has a 43 mm inverted fork and the rear one is an adjustable monoshock having a travel of 130 mm. Just like the Street Triple, the Speed Triple also comprises of a coded immobiliser. Overall performance is much more superior to the Street Triple and it has a justified price of Rs. 10.4 lakhs (ex-showroom). 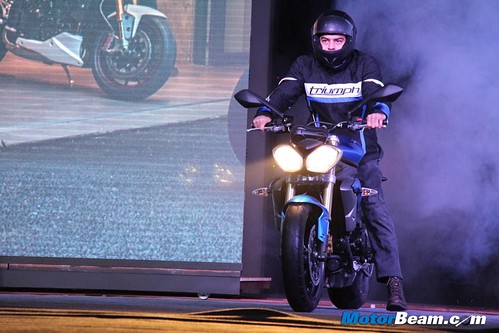 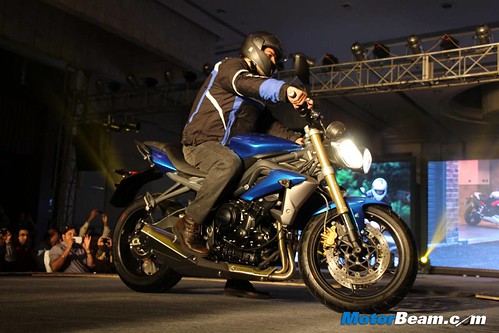 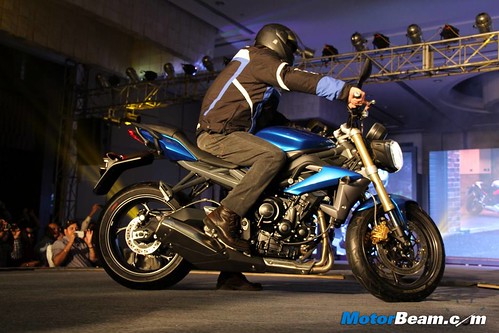 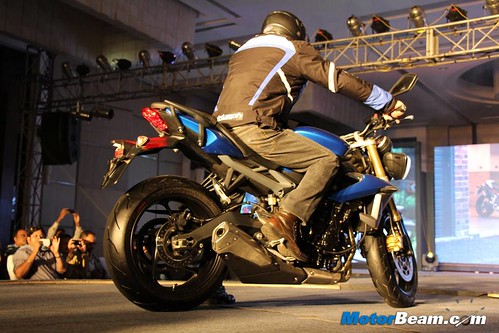 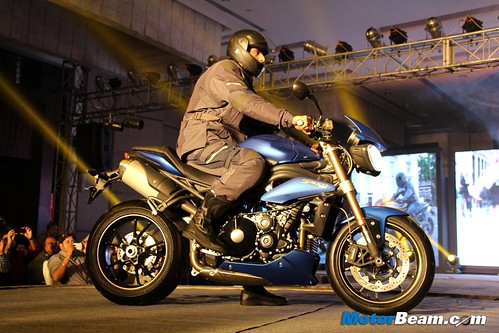 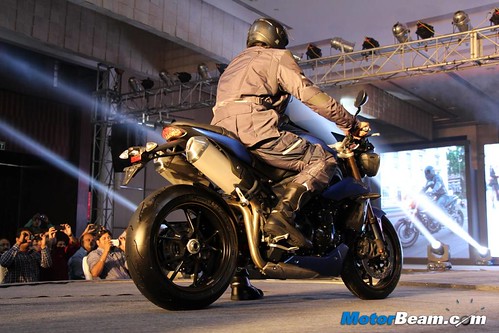