City duties or munching miles, the Apache RR 310 is suited for all kinds of rides

In the past two months, I have been riding the TVS Apache RR 310 almost every day. Daily commute, small weekend trips and a lot more. With the improving weather, I was able to take it out for a few food searching night rides too. Covering over 2500 kms, its been a blast but there are a few trips which didn’t go as planned as the team was greedy on riding it as well. So as the motorcycle is about to go for a quick service, I thought it would be the best time to write about it! 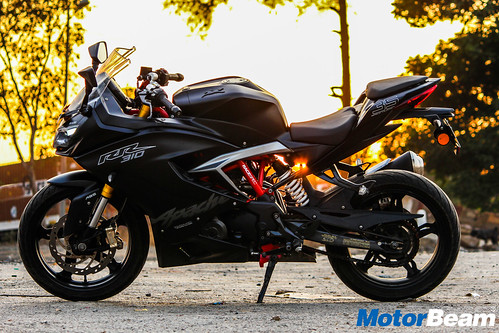 We got the motorcycle a couple of months back and it hadn’t done many kilometres. It was supposed to come on a Friday but we got it on a Saturday and boy I was happy. I had a Sunday ride planned with my friends and they were not up for a surprise like this. I showed up the next morning and everyone was expecting me on my Honda but not the TVS Apache RR 310! Instead of being the sweeper in the group, I was leading and we had a lot of fun. We reached our destination and as it comes after a good set of ghats, literally everyone was checking out the chicken strips on the Apache I was riding. A very fine line which meant I did not push it to the limit but I was almost about to do a knee down! 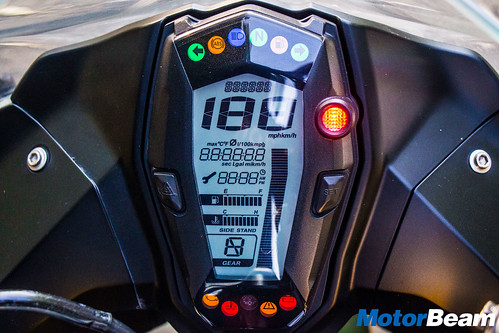 The instrument console is mind blowing, has tons and tons of information

The RR 310 has very usable low-end torque, does a great job in stop-go traffic

However, I had a buzzy arm by the end of the ride as we were riding back at triple-digit speeds and there is decent amount of vibrations. Not much to be bothered about but enough to be brought to notice. I had a word with the TVS team and the bike was serviced before it came but a few nicknacks troubled me. Like the headlight low beam was too low and the chain used to snap with the swingarm when I would encounter bad roads. One thing I really like though is the suspension setup, neither too soft not too hard and it went well with almost all kind of roads, literally! 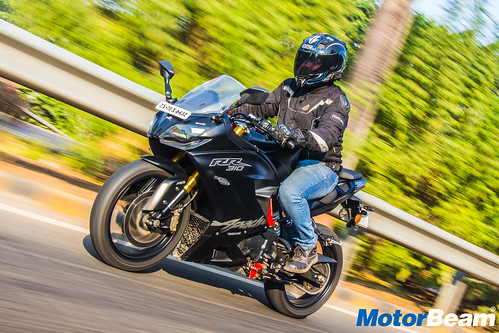 As it was the primary vehicle I used to do my office commute with, one more thing bothered me a lot, the mirrors! If you encounter traffic and want to manoeuvre through it, the mirrors would always get in the way. They are wide enough so basic traffic filtering was fine. But if the congestion is too much then I would have to stop or rather just fold the mirrors and continue riding. At this point, the usable low-end torque from the motor would come in handy. And as soon as the roads opened up, gathering pace was just a throttle away. There is one thing I have noticed, that all the Apaches till date have had a very good throttle response. Same is the case with the RR 310, it is quick and responsive.

TVS Apache RR 310S Is The Production Name For Akula