Over-priced and under-rated are usually mutually exclusive but not in the case of the Yamaha Fazer. While the Version 1.0 of this motorcycle was quite popular, you will fail to see the Version 2.0 model on our roads because of the high price this half-faired bike commands. Now expecting a 150cc bike without full fairing and a price upwards of Rs. 1 lakh to be a hot seller might be asking too much but in the case of the Yamaha Fazer, it’s less fault of the bike and more of the price. If anyone is to be blamed for the Fazer’s lacklustre success, it’s Suzuki, the Gixxer took away potential customers and the SF was the final nail in the coffin. But sales aside, what impresses about the flagship air-cooled Yamaha in India? 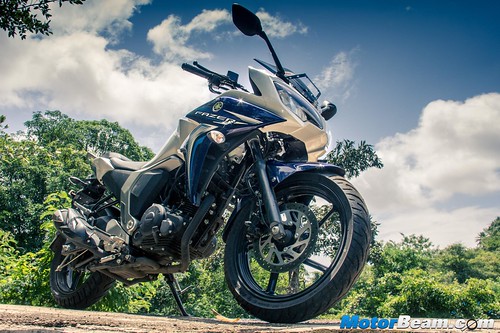 Styling – When Yamaha first launched the Fazer, people loved it for its design as those twin headlights did look very imposing. With the Version 2.0, Yamaha has further refined the design, making the Fazer look even better than before. Although changes to the styling aren’t as vast as one would expect, the headlights look slimmer, the mud-guard is all new, there are split seats and the tail has been reworked. In short, all the changes given to the FZ V2 trickle down to the Fazer. The semi-fairing looks neat and the beefy tyres add to the visual appeal. 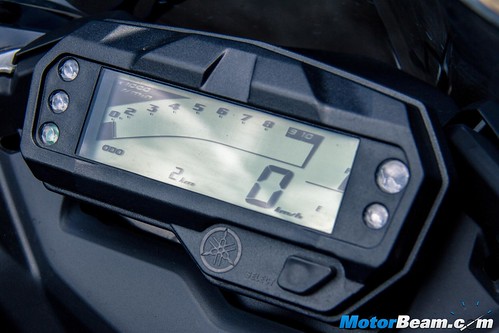 Instrument Cluster and Switchgear – The instrument cluster is identical to the FZ V2 in every way, a full digital unit which is easy to read but misses out on a gear position indicator, clock and a second trip meter. While quality levels are top notch, the button for the trip and odo toggle is susceptible to falling off, like it did with our long term FZ. Switchgear is standard Yamaha affair, good quality switches with a refined feel when you operate the buttons. 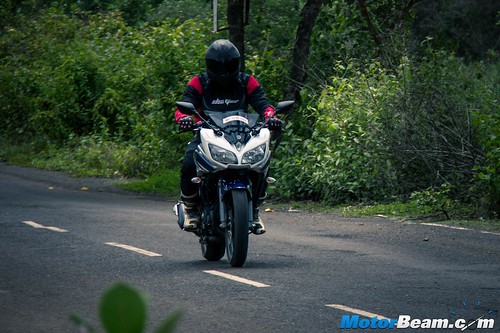 Ergonomics – I have extensively ridden the Fazer V1 and at that time, my other ride was a Hero Karizma. The Fazer turns out to be an extremely comfortable motorcycle and at times was my choice over the more powerful 223cc engined bike for the sorted riding position. One does sit upright but not in a way that would tire you out. One complaint about the old model was the single-piece seat which didn’t make it welcoming for the pillion. With the V2, the split seats does offer improved pillion comfort, there are split grab rails too. 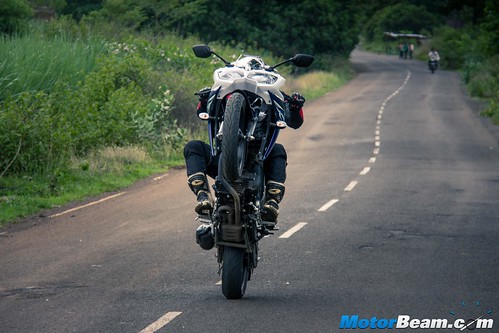 Performance – No matter how much more efficient you become or even if you reduce weight, dropping power is just not cool. The Fazer did just that as the V2 model develops 13.1 PS at 8000 RPM and 12.8 Nm of torque at 6000 RPM, a reduction over the V1 model which is still on sale. Now this 2-valve SOHC engine does get a fuel injection system which ensures that the Fazer is as quick as the carb model. Performance is crisp, throttle response is instant and low-end performance is the standout here. Thanks to FI, NVH levels are kept in check at all times except the redline where the Fazer’s single-pot mill does tend to revolt a bit. 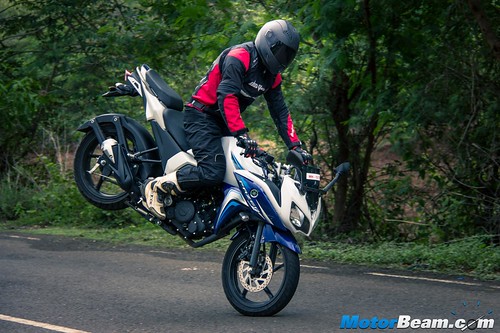 Considering 150cc bikes are getting more powerful time after time, Yamaha should have given the Fazer more power, keeping the same output isn’t acceptable so when the engine produces less, imagine the reaction of bikers. So there is a lack of punch once you hit 80 km/hr and to reach the top speed, you need to play all kinds of antics, ducking down and gathering enough momentum in 4th gear to do a respectable 114 km/hr on the speedo, the real top speed being just 107 km/hr. But outright acceleration is where the Fazer suffers, taking a lethargic 20.4 seconds to sprint from 0 to 100 km/hr, that’s very slow for a bike that costs upwards of a lakh (a Pulsar 200 costs the same and takes half the time to do the ton). Yamaha should have differentiated the Fazer from the FZ by giving the former better performance. It does excel on the mileage front though, returning upwards of 50 km/l. 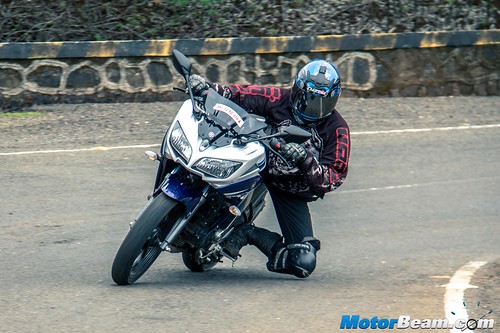 Fantastic dynamics are a given on every Yamaha, Fazer included

Riding Dynamics – Being a Yamaha, the Fazer offers superlative handling and inspires immense confidence to ride hard and fast. The balance is just right, the feel is very positive and feedback comes in bucketloads to make the rider believe he can turn hard through the twisties. The suspension being on the stiffer side does make the ride a bit stiff but still compliant enough on most surfaces. Braking performance is good too and the stability at high speeds is terrific. Yamaha likes to call the Fazer a tourer and while it does have the dynamics to go the long haul, its engine is best suited to city riding conditions. 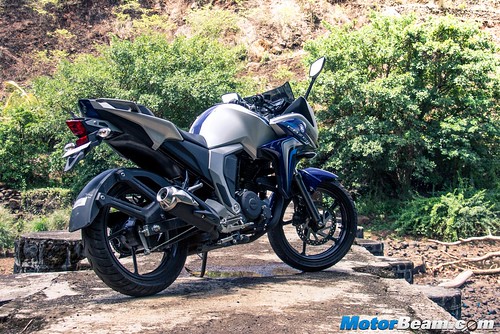 Verdict – The Yamaha Fazer was at once a fantastic purchase choice and thus one used to see a lot of them on Indian roads. Things have changed but Yamaha hasn’t given the Fazer enough to differentiate it from alternatives at this price point. There are many kind of buyers and when one is shelling out a lakh or so rupees on a motorcycle, he either wants supreme performance or total piece of mind (in terms of reliability, mileage and quality). The former is offered by the Bajaj Pulsar AS 200 (till now the 200 NS used to fulfil the needs of budget conscious performance bikers in India) while the latter is where the Suzuki Gixxer SF has taken away the Fazer’s twilight. Yamaha just needs to differentiate the Fazer from the FZ otherwise we will continue to see very less of this semi-faired Japanese machine on our roads.

While the Yamaha Fazer is an excellent bike, other options at this price point take away buyers from the YZF maker. More power will go a long way in justifying the “Touring Spirit” tagline. 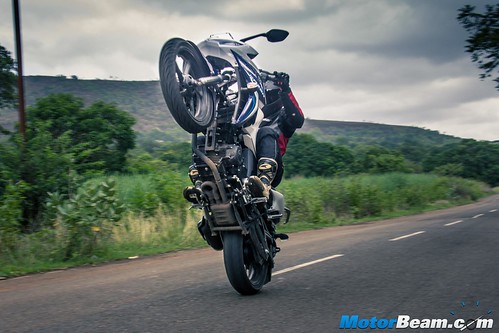 “The Yamaha Fazer isn’t just a bike for me, it has emotional value as I was extensively ridding it some 5 years back. But the difference between the V1 and V2 isn’t drastic and that’s disappointing because the price has risen but the bike is now lower on power. Sure, the FI does help matters but the Fazer is best in the city and not on the highway.” – Faisal Khan, Editor, MotorBeam.
“The Yamaha Fazer is one of my favourite bikes, I really like the way it looks and also appreciate the punchy performance in stop-go traffic, making light work of overtaking in town. The exhaust note is nice too and the feel of riding this bike is indeed very positive. But Yamaha is charging a lot just for the quarter-fairing and twin headlights.” – Viraj David, Road Tester, MotorBeam.

Yamaha Fazer 250 Likely To Get ABS