The 1.5 TDI engine is more practical with better low-end poke and improved mileage

Skoda has been in India for a very long time now and has always played in higher segments since its first car in the country was the first generation Octavia in early 2000s. Earlier this year the company refreshed the Rapid by giving it minor changes including projector headlights and a 3-spoke steering wheel. Now the automaker has updated the diesel powertrain on the car, while also giving its entry-level vehicle a DSG automatic gearbox on the diesel version. We were quite impressed with the Rapid diesel automatic and now we sample how is the manual gearbox equipped 1.5-litre oil burner. 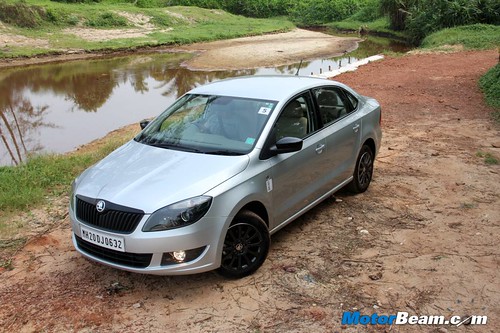 Exteriors – If you are going to buy the top-end Rapid, then you should definitely opt for the Black Package as it makes the car look ten times cooler. This sporty package is only available on the top-end Elegance trim and costs between Rs. 13-15,000/- making it extreme value for money. You can also opt for side foils and black roof which are some cool add-ons at the dealer level. The Rapid does feel a bit dated now and Skoda is aware of the same. The company has been vocal about its plans to facelift the Rapid comprehensively next year, the new design will be more in line with other Skoda vehicles. 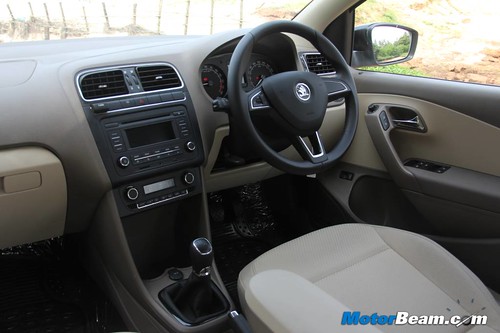 Interiors – The only thing which will make you realise this car uses the 1.5-litre TDI diesel engine and not the 1.6 TDi diesel mill is the instrument cluster as it gets the new fonts on the multi-information display. The centre console now has a card holder, the only other differentiator inside the cabin. However, the rest of the car remains identical as before, so you get good build quality, quite a few features and decent space with good comfort throughout the cabin. Skoda does need to add more features in line with what Honda and Hyundai are offering on the City and Verna respectively. 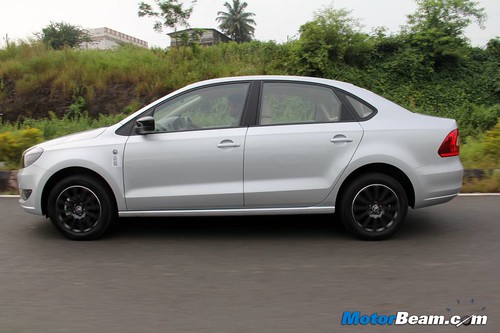 The 1.5-litre TDI diesel engine has more low-end punch than the old motor

Performance – The Rapid was just fine with the 1.6-litre motor and the new 1.5-litre mill in no way helps this Skoda become cheaper. However, since small cars like the Polo need a sub 1.5-litre engine, the Volkswagen Group has completely done away with the 1.6-litre engine for obvious reasons. Thus the Rapid now gets the 1.5-litre powerplant which outputs the same power and torque figures as the old engine, 105 PS and 250 Nm at the very same RPM as before. The biggest gripe of the old 1.6 TDI has gone with the downsizing and tweaking of the ECU, the new engine is much more responsive, offering improved drivability which makes city duties so much easier. 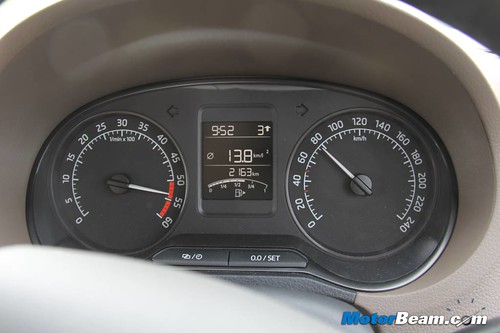 Just like most Volkswagen engines, this one too revs all the way to 5400 RPM

In spite of downsizing, the Skoda Rapid diesel hasn’t lost its character and is quite fun to drive

Volkswagen engineers have maintained the character of the mill so it’s still a hoot to drive, offers a big fat punch when you hit the mid-range and doesn’t feel out of breath, even on the highway. Redline comes in at 5400 RPM but top-end thrust is lacking and the motor isn’t as fast to rev as before. 100 km/hr comes in third gear while in top gear one can comfortably cruise (there is cruise control too) with the tachometer ticking in at 2400 RPM at 100 km/hr. The big gripe about the old engine was the heavy clutch, the new model has a slightly lighter clutch while the gearbox is a slick shifting unit. Mileage has improved by 3% and Skoda claims an ARAI number of 21.14 km/l. The motor is more refined then before but it’s still audible specially when you go past 3000 RPM.

Driving Dynamics – There is a minor difference between the weight of the Rapid 1.5 TDI when compared to its predecessor and Skoda has done tweaks to the suspension due to the difference. Still, nothing has changed as the Rapid drives largely the same as before. So you get a car which is a bit stiffly sprung (like all other vehicles from the stable) and while ride quality is good, it can’t tackle extremely bad roads as it thuds through them. Still on most roads the Rapid is extremely compliant. The steering offers decent feedback and the vehicle is eager to turn-in, it’s a good handler and will keep you smiling on the twisty section of the roads. Stability is good and so is the braking performance. 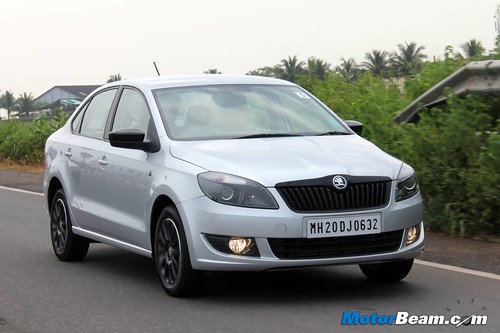 Verdict – For most people in the market, the new engine doesn’t boost the appeal of the Skoda Rapid by much. The car is largely the same and the new 1.5 TDI mill is marginally more frugal. Yes it does give the Rapid much better low-end performance, helping city driving to quite an extent. Skoda should have given the Rapid more extensive changes but since that is coming next year, we have little to complain. The Rapid makes as much sense as before, it’s a good package for those who want an engaging and well put-together car.

The Skoda Rapid line-up feels more complete now with the addition of a diesel automatic (and the change of the diesel engine to the 1.5-litre unit) but what we fail to understand is, with demand for petrol cars soaring, why does the Vento get a 1.2 TSI 7-speed DSG automatic combo while the Rapid makes do with the 1.6 petrol with a 6-speed auto? 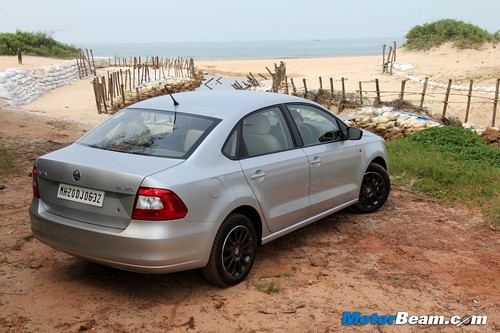 Skoda Lauretta Based On MissionL Concept