The Ford Mustang has always been every car fanatic’s poster boy, specially in India because right from 1964, the muscle car didn’t get a right-hand drive model and hence wasn’t available in our market, until now! It is the first muscle car in the Indian market and amidst the crowd of German roadsters, the Mustang stands out and is the most affordable 5.0-litre V8 you can get today in our country. We drive the Pony car from Goa to Bangalore to see how practical it is on our roads and for long distance touring in India.

Motor Quest: The Ford Mustang is currently in its sixth generation avatar that will get a facelift later in 2017. The first generation was launched in 1964 and since then it has been the favourite and one of the highest selling sports cars in the world. 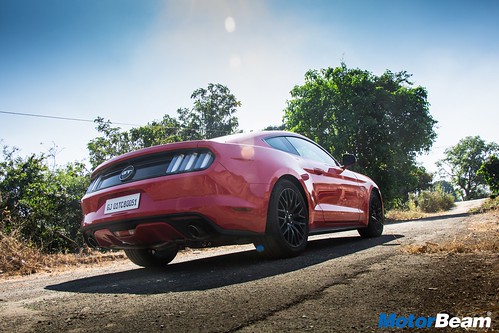 Exteriors – The real craze for the Mustang amongst enthusiasts is because of the way it looks. The American carmaker changed the design direction after the second generation model that was not so muscle car focussed. However, starting from the fifth gen Mustang, the silhouette gave the essence of the original Pony. The latest gen model has become more sharp and lean thanks to the huge bonnet, a raked roofline and the new styling bits that gives it a retro feel. 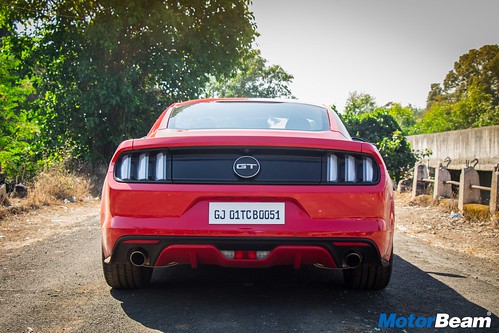 The front profile is dominated by a huge grille with the Pony badge shining in the middle. The aggressive headlights with signature LED DRLs, black alloys and the three slat LED tail lights give it the racy appearance. The pronounced and thick body lines makes it look more muscular than ever.

2018 Ford Mustang Facelift Spied In India Ahead Of Launch

Next Generation Ford Mustang Could Get Design Inputs From India