Jaguar is offering a small engine on the F-Type. But does it still have the go?

The sports car segment which has seen a lot of action in the past now braces for its future in a new direction mostly dictated by considerations from the market, lawmakers and manufacturing practices. Call it an emerging trend or savvy marketing, a lot of the new breed of sports cars are being sold now come with downsized powertrain set-ups but also with the promise of scintillating performance, unmatched economy and most of all affordability for new consumers. While purists may not be the most impressed lot when it comes to buying these packages, but manufacturers are nevertheless confident about its prospects. British luxury and sports car maker Jaguar introduces a smaller powertrain variant in the F-Type. Can it pose a serious threat to the likes of say downsized Porsche’s 718 series of cars? We travel to stunningly beautiful Norway to find out and return more than impressed

Motor Quest: Downsizing isn’t a new concept. A lot of manufacturers have been employing this since some time and this has been happening right from mid-range executive segments to performance cars. It is being done in the interest of emissions and efficiency. 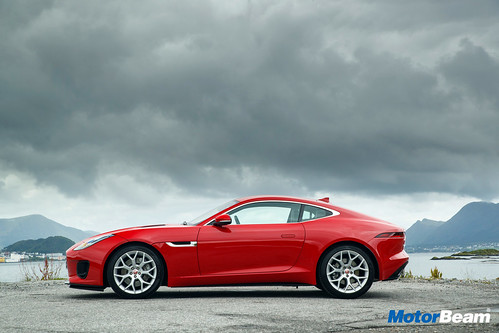 The F-Type Ingenium gets some minor tweaks to the styling

Exteriors – While the profile and stance of the F-Type is low slung, it’s the detailing that gives the standalone stance and character with the new engine set-up. To begin with, the headlamps are newly designed and is an all-LED set-up with signature DRLS. The lower valance design is slightly altered to optimise aerodynamics necessitated by the 52 kgs weight reduction up front due to the lighter all-aluminium Ingenium engine. Meanwhile, the rear profile remains mostly unchanged with the exception of the tail lamp which has a new design and signature illumination. The external giveaway that it’s a four pot is the single exhaust tip and bespoke 18-inch alloys. 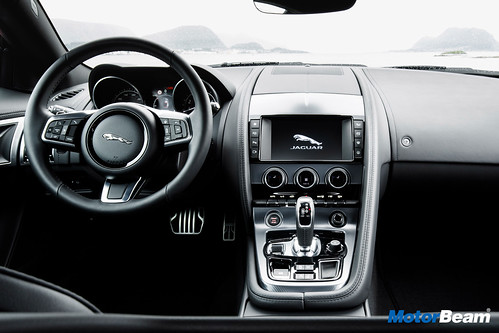 The F-Type has a very compact cabin which feels snug

Interiors – Inside the cabin which was considered a bit cramped by taller drivers, a bit more space has been created by redesigning the sports seats. The contoured seat back is thinner and uses a lighter moly casting. The body hugging seat does free some more space for the benefit of the taller occupants in particular. Other feature upgrades include the introduction of the company’s new TouchPro Duo multimedia entertainment and communications system. 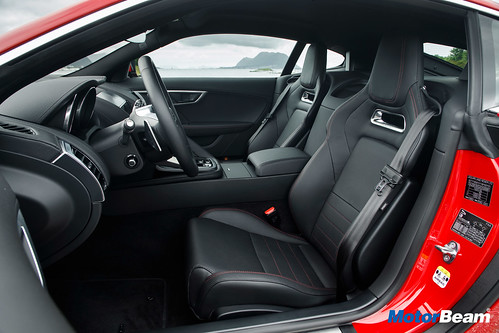 Apart from the blissful driving experience, we also check out the customisable home screen and 4G LTE data connectivity. The map includes pinch-and-pan zooming functionality which makes life a bit easier. Heads-Up Display would have been a nicer option as one has to look away to get the information on screen. The only niggle we could feel was the old fashioned and slow display and some of the not-so-logically placed functions.