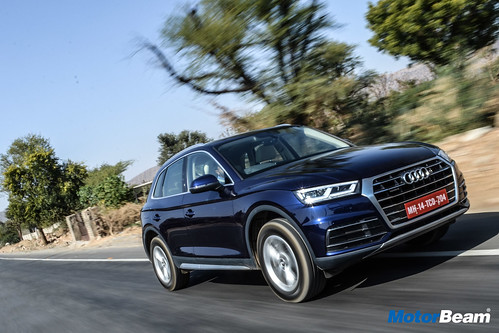 Performance – On the mechanical front, the second generation Audi Q5 will only be offered with the 2.0-litre TDI engine in India, for now. This engine is now tuned to produce 190 HP and 400 Nm, which is marginally more than what the older Q5 put out. It comes with the 35 TDI badging and boy is this nomenclature confusing. Matched to this power plant is the usual 7-speed dual-clutch gearbox. The engine feels very quiet now, especially inside the cabin and looks like Audi has worked on the NVH levels. There is a typical clatter heard outside the car though. The tuning on this engine is spot on and there just doesn’t seem to be any dead zone in the power delivery band. Low-end is extremely good and the car feels very tractable while driving in the city. Stomp the throttle and the DSG downshifts a gear or two and propels the Q5 to higher speeds very quickly and less hesitantly. 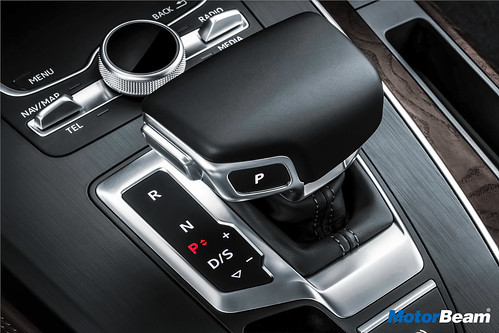 What is pleasantly surprising is the fact that this car actually feels much quicker than the older Q5, and this can be attributed to the lighter weight. The gearbox gets the usual D and S modes and D mode is actually suited most of the times unless you really want to drive hard and make quick overtakes. Along with that, the usual driving modes like Comfort, Dynamic, Auto, Individual and Off-Road are offered which alter responses from the steering, throttle and adjust the suspension. While 0-100 km/hr comes up in a claimed 7.9 seconds, the fuel efficiency is rated at 17.01 km/l, but in real world conditions you can expect around 12-14 km/l. 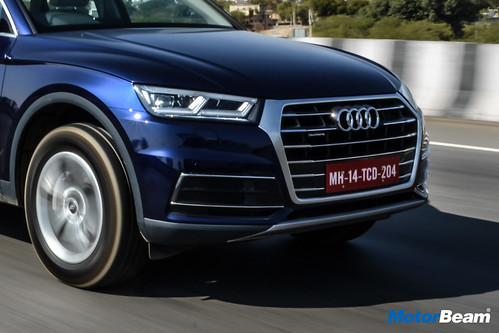 While the SUV is comfortable to ride, it could’ve been more involving to drive

Driving Dynamics – The suspension of the 2018 Audi Q5 gets adaptive damping and the ride quality is pretty comfortable. On smooth tarmac, the ride is well-sorted at low as well as high speeds with negligible vertical movement of passengers. On broken roads, the ride feels a bit stiff but not really back-breaking. In Comfort mode, the suspension feels a bit softer while in Dynamic it stiffens up nicely and reduces body roll too. The steering is very direct and the Q5 is a sharp handler now. However, the wheel just lacks feedback and feels quite vague at times. It is light at city speeds though and weighs up in Dynamic mode on the highways. The brakes do a good job of bringing the car to a halt without any heart-in-the-mouth moments. The Q5 comes with Quattro as standard and the Off-Road mode comes in to be useful while, er, off-roading.

Audi To Assemble Q5 In India