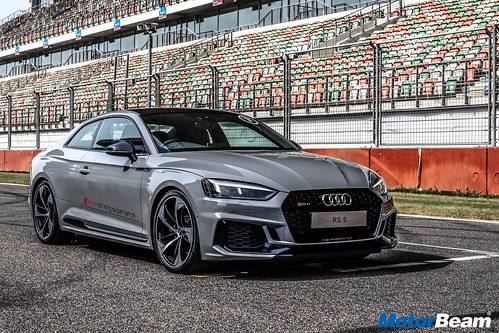 Driving the R8 LMX is a pure satisfying experience on track because it’s meant to be pushed hard and it loves to do what you command. The steering provides excellent feedback, handling is spot on, there is so much grip and the brutal acceleration just tops it all. One thing I realised while pushing it to the limits is that it is an intimidating supercar to drive after I got into the new gen Audi RS5 for my next few laps. 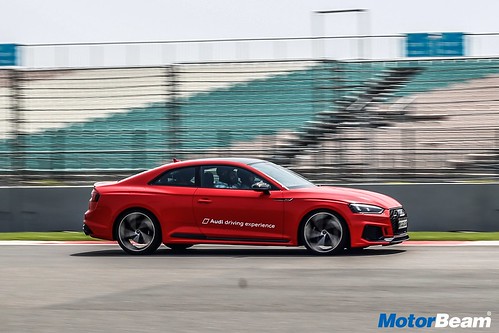 It is an effortless sports car to drive on the track

I’ve driven the previous gen Audi RS5 and that car was totally different than what it is now. I could immediately feel the effortless nature of this performance car after driving the R8. The new age gizmos and electronics makes it very easy to push it to the limits without breaking a sweat. The steering doesn’t fight back with you, it doesn’t feel as lively and raw as the R8 while the power delivery is well controlled as the advanced quattro system’s traction management is spot on. Here I’m not comparing these two cars, it is the prominent contrast that I felt after driving the gritty supercars of yesterday and the slick and sassy wheels of the future. 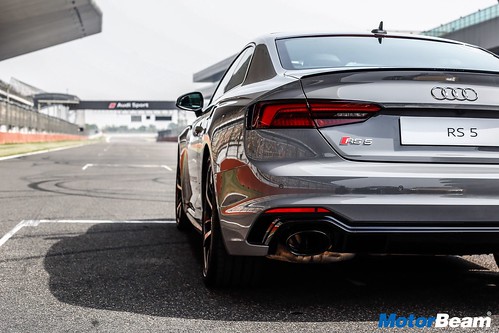 The new Audi RS5’s engine has been downsized and turbocharged. It is powered by a 2.9-litre V6 turbo that churns out 450 BHP and 600 Nm, which definitely feels fast but doesn’t have that character of its predecessor nor the aural satisfaction from the exhaust. However, it is quite a versatile sports car to drive, the practicality such that you can use it as your daily driver and track day? Of course! The interior is loaded with tech, it has multiple driving modes and I personally feel that it is the best looking Audi yet.

Audi To Showcase Concepts At Expo