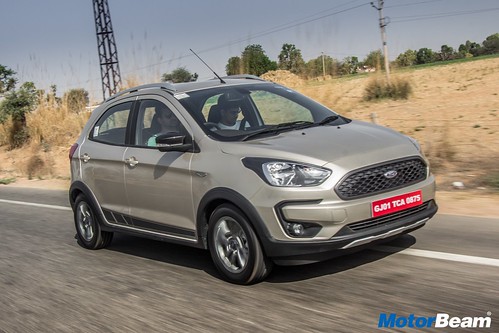 Performance – Ford will sell you the Freestyle in both diesel and petrol engine options. The diesel is the same Figo-derived 1.5-litre, 4-cylinder oil burner which churns out 100 PS of power and 215 Nm of twisting force. It also happens to be the most powerful engine across the segment. However, we got a chance to drive Ford’s all-new 1.2-litre, 3-cylinder, TiVCT petrol engine, which has indeed made its debut with this cross-hatch. This too, is the most powerful gasoline engine in its class producing 96 PS of power and 120 Nm of torque. Power delivery is liner and this engine performs exceptionally well in the mid-range and high-end of the rev band. 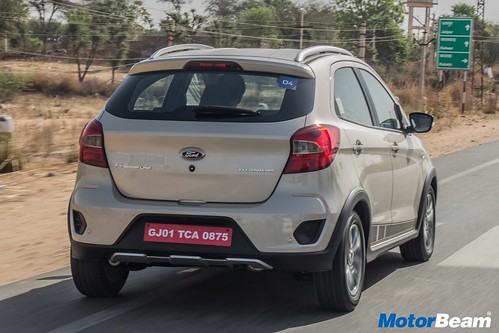 The diesel engine comes with no changes

The engine does get vocal at the red line but has a nice racy tone to it. In comparison, Maruti’s K12 engine has a better low end punch and feels more refined towards the red line but NVH levels are far better with the Ford. Mated to this engine is an all new 5-speed manual transmission. This gearbox is 15% lighter than its predecessor and this diet has improved fuel economy marginally. Moreover, this gearbox offers more responsive gearshifts with evenly spaced out ratios for all types of driving conditions. On urgent shifting, we did notice a hint of judder from the engine which was a reminder that this is indeed a 3-cylinder unit which is otherwise hard to tell. The clutch is light and well weighed which makes it very easy to drive in bumper to bumper traffic. We sorely missed the dead pedal which adds a lot convenience over long drives. 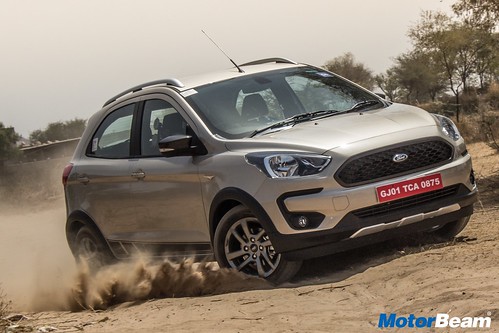 The Freestyle has good body control and maintains its composure

Driving Dynamics – Inspite of the raised ground clearance, Ford has found a good balance between ride and handling. The larger wheels work with the suspension keeping the potholes at bay, giving you a confortable ride in the cabin. However, on really broken surfaces, the rear passengers did complain of being bounced around but the Freestyle remained composed where others would get worked up. The steering offers good feel and feedback, weighs up well at speeds and offers a lot of predictability around corners. We would have liked if it was a tad smaller in size. NVH levels are excellent with no vibrations creeping into the cabin. Brakes offer good feel and stopping power.