With this update, the Bajaj Dominar 400 gets even better!

Bajaj had started the testing of the Dominar 400 quite early and we were lucky to get a first ride experience of the bike back in Mahabaleshwar. The overall experience of the bike was pretty good, except for some shortcomings that we faced. We also raced the bike against India’s fastest train, the Rajdhani, in which the Dominar 400 came out as a winner. There were still some bits and pieces where the Dominar lagged behind, but with an update, it got better. Visually, after the minor update, the bike got some catchy golden rims and new paint schemes. Now, the Dominar has got an upgrade per se. The latest Dominar 400 UG is loaded with new hardware and has got a handsome cosmetic update. Let’s find out what makes the new 2019 Bajaj Dominar 400 UG better than its rivals.

Motor Quest: The Bajaj Dominar was launched in 2016 and the first ride review happened in January 2017. A mid-way update introduced new colours and golden rims while there were no mechanical changes. In 2019, Bajaj has upgraded the Dominar 400 significantly and introduced mechanical as well as cosmetic changes. 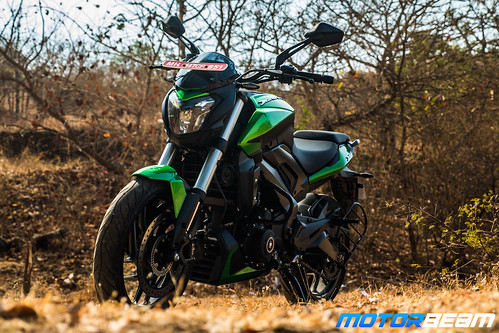 Styling – The Dominar 400 hasn’t changed much when you skim over the surface, but when you get down and dirty with the bike, there are a whole lot of changes that have been made to the bike. Starting with the headlights, it retains the same 10 LED headlight setup that illuminates the roads at night, but it is now shorter and smaller in size, with the plastic panels embedding the LED housing which has led to an improved focal area of the headlights. The tank used to sport the body colour completely in the previous versions, but now it features a matte black colour on the sides that goes along with the contours of the bike. 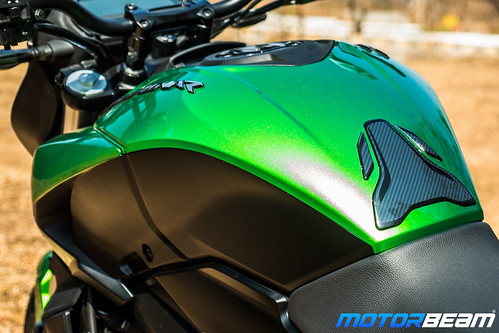 The pillion seat has a sporty D logo embossed on it which makes it a bit of an eye pleaser. The mirrors have also been updated, which now are made of aluminium cast, making it ergonomic and lightweight, with a snazzy look to it. The grab rails remain identical to the previous versions, but the LED taillights have been updated, giving it a more premium look. USD forks have replaced the conventional telescopic forks up front, providing a more premium look to the bike and also improving the handling. The company has shifted back to black and silver alloy wheels. The exhaust is now a dual-barrel setup, that gives a throaty note to the bike. 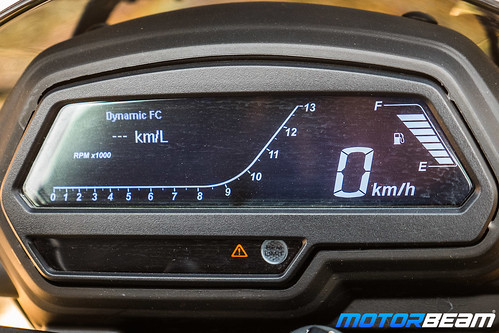 Primary digital console looks exactly the same as before

Instrument Cluster and Switchgear – Bajaj has kept the primary instrument cluster, placed on the handlebar, the same. Whereas, the instrument cluster on the tank that had telltale lights previously, now features a small dot matrix cluster. It gets displays like gear position indicator, clock, trip meter and odometer. However, it causes a bit of an inconvenience as one cannot see these functions when they are riding due to the fact that it is situated too low. 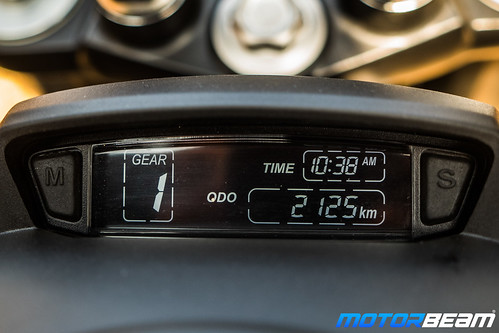 Secondary console is now digital and has more information on offer

The telltale lights that were present earlier have been removed and reduced and now feature into the primary cluster. The Bajaj logo has also been removed from the cluster. The primary unit still retains the same tachometer, speedometer and fuel gauge, but has an addition of live fuel mileage, side stand indicator, fuel mileage of both the trip meters and odometer reading. The switchgear quality has been maintained as well and the buttons still have a backlight and come in piano black finish.