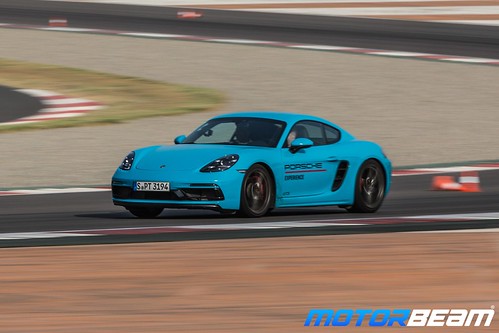 The Cayman GTS was a hoot to push around on the track!

The Cayman GTS felt almost there with the 911 in terms of handling precision and driving fun. Of course it’s down on power and electronics when compared to the 911 but still felt such a hoot to drive around the 5.14 kms circuit! The first half of the day was done, it was time for lunch, following which we would head to the start-finish for a couple of more interesting activities. 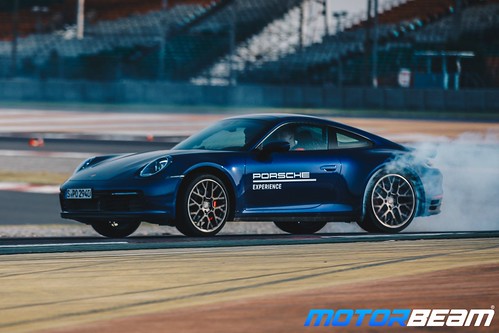 The first one was testing the launch control on the old 911, followed by a braking test. We did two runs (one with and one without launch control) to better understand the difference between both. The Porsche World Roadshow was an 8-day event in India and the same car did close to 600+ launch control launches, most cars would burn their clutch with such abuse! 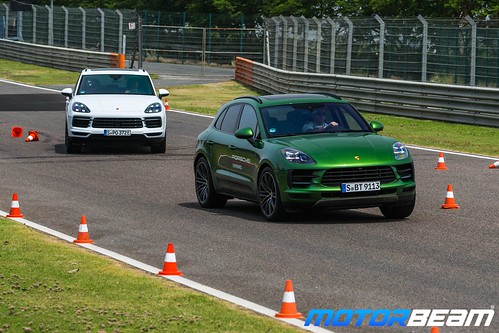 Then we shifted to the old Porsche Boxster for a slalom time challenge. The first run was a sighting lap to understand the course and the next 2 were timed. The car was super agile and felt like on rails as we gunned it around 150 metres through slaloms and u-turned to get back and do the same slaloms again, only standing on the brakes to stop in the box. 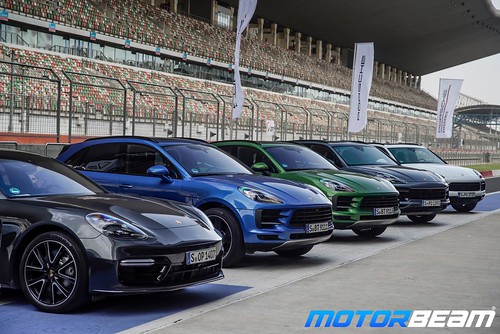 The last section was driving the 4-door Porsche cars. I started in the Macan which is the facelifted model that will be launched in India later this year. Known as the Macan II, I got into the S variant which employs a 3.0-litre in-line 6-cylinder engine, generating 354 horses and a top speed of 254 km/hr. Weighing 1990 kgs, the Macan is a heavy car for a track but didn’t feel that way as there was a good amount of grunt from the motor, controlled body roll and an accurate steering to boot. 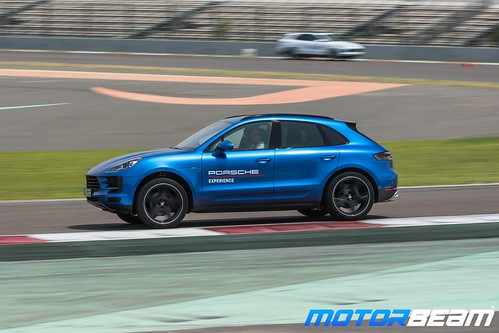 I then jumped straight to another Macan, this one with the smallest engine in a Porsche car currently. Using a 2.0-litre TFSI motor with 254 horses on board, the small engined Macan actually felt a lot more fun than its bigger sibling because a) it’s lighter and b) I could keep it on the boil throughout the lap as it was the least powerful car on the track. The cones places mid-straight on the long 1.3 km straight of the BIC needed us to brake and manoeuvre, not in the entry-level engined Macan, I just went flat out, it felt good.

While the sales are extremely low, Maruti keeps the top spot. The May 2020 hatchback sales are quite terrible to see. Usually the sales are 10   END_OF_DOCUMENT_TOKEN_TO_BE_REPLACED

QJ SRK 600 is a Benelli TNT 600i under a new Chinese brand. While Benelli is an Italian motorcycle brand, it is now owned by Zhejiang Qianjiang   END_OF_DOCUMENT_TOKEN_TO_BE_REPLACED