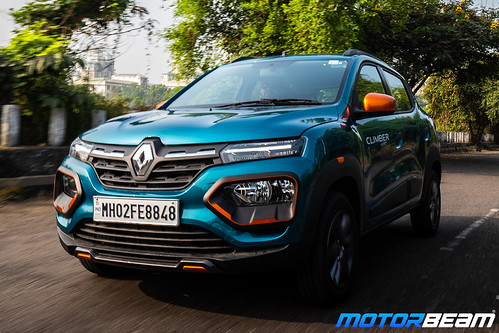 The 800cc engine is very frugal but struggles on the highways

Performance – Renault hasn’t made any mechanical changes to the Kwid facelift. It continues to be offered with the same 800cc and 1.0-litre petrol engines, both 3-cylinder units. The 800cc engine is just about average for city usage but feels seriously underpowered when you take it out on the highways. We had the Climber variant which gets the bigger engine, with a 5-speed MT. The 1.0-litre unit is way better than the smaller engine and the power delivery feels spiky in comparison but again it is no power machine. It offers better power delivery in the city and works satisfactorily on the highways but you can’t really push the car hard at high speeds. The engine has decent grunt in the lower end and mid-range but there’s not much juice available towards the higher RPM spectrum. 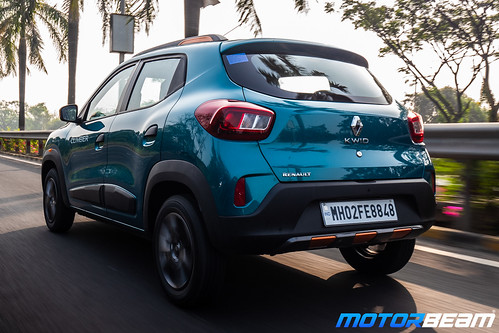 The 1.0-litre engine offers way better performance as compared to the 800cc engine which feels underpowered

The engine noise is heard inside the cabin because the Kwid’s NVH levels aren’t really great. The hatchback is available with either a 5-speed MT or AMT. The MT has a very light clutch and the clutch pedal doesn’t have a very long travel so it is fairly easy to drive around, but the gear shifts do have hints of notchiness. The AMT works well if convenience is what you’re looking for, but otherwise, it does feel very jerky especially when you intend to go a bit hard on the throttle. With mild throttle inputs, it feels smoother but still, you get the push-ahead feeling with every gearshift. On the fuel efficiency front, expect the Kwid to deliver around 15-17 km/l. 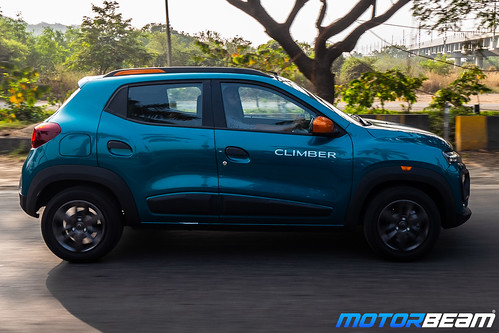 While the ride is decent, one can hear the suspension on bad roads

Driving Dynamics – The Kwid already had a very good ground clearance of 180 mm which has now been increased to 184 mm. The hatchback offers a comfy ride over most road surfaces but you can always hear the suspension working when you pass over bad patches. There’s a fair amount of vertical movement too. Still, the Kwid can’t be termed uncomfortable by any means. The steering is quite light, which again hints towards the car’s easy to drive nature but even when you gather speeds on the highways, the wheel provides next to zero feedback and doesn’t weigh up effectively either. The brakes do a fine job of bringing the car to a halt.

Made In India Renault Kwid Scores 0 Stars In ASEAN NCAP