Since 2001, many Pulsars have been launched in the Indian market and the Bajaj Pulsar brand has always been ruling over the entry-level sports-commuter segment. They did have the Discover 125 and the Pulsar 135 but none of them seemed to work well for the company. But just a few weeks back, a new Pulsar 125 Neon was launched and it is the new entry-level and the most affordable model of the ‘Definitely Male’ brand. The Pulsar NS 125 which is sold in the international markets was expected to join the fleet, but as the people out here prefer the old Pulsars instead, the Pulsar 125 was launched. The new Pulsar 125 Neon is based on its elder sibling, the Pulsar 150 Neon, we took the new 125 Neon out for a spin to see if it lives up to its tagline – ‘Long Live the Thrill’.

Motor Quest: The Bajaj Pulsar brand was introduced back in 2001 with the launch of twin Pulsars – the 150 and the 180. In 2012, a newer platform was introduced and based on it there are a total of six variants of the Pulsar. Launched this year, the Pulsar 125 Neon is based on the Pulsar 150 and also gets its powerplant sourced from the 150 with a shorter stroke. 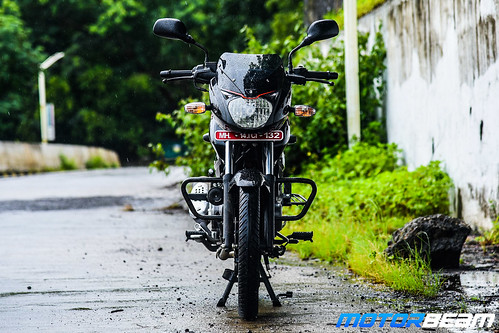 The Pulsar 125 looks sleeker as the tank is now thinner

Styling – As said earlier, the Pulsar 125 Neon is based on the Pulsar 150 Neon and hence differentiating between the two is a task. One can only differentiate between them if he/she knows well about both the bikes. The Pulsar 125 Neon is offered in three colour schemes – matt grey paint with blue highlights called Neon Blue and the rest two get gloss black paint with red and silver highlights called Neon Red and Neon Silver. The highlights include a small line over the headlight, Pulsar badge, and grab-rail, streaks on its black alloys and the side panel mesh and a 3D variant logo near the grab-rail. On the front, a tinted visor sits on the wolf-eyed headlight with twin pilot lights. 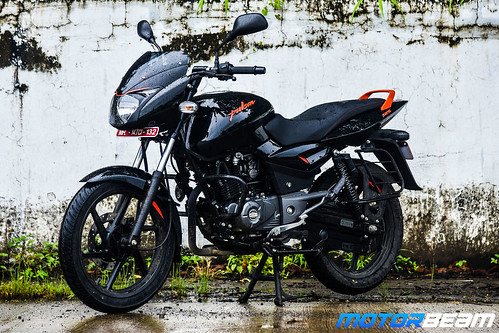 Its tank is sculpted well and seamlessly narrows towards the long seat which is raised at the rear and the whole silhouette sums up with vertically stacked infinity twin-strip LED tail-lights. The Pulsar 125 Neon also sports first-in-class clip-on handlebars and the instrument cluster gets a faux carbon-fibre finish. The black 6-spoke alloy wheels with thin highlight and gunmetal finish on the engine casing add up to the visual appeal. The neon colour and highlights do give the bike a peppy styling but the evergreen Pulsar design now looks out-dated as it has been there in the market for many years now. 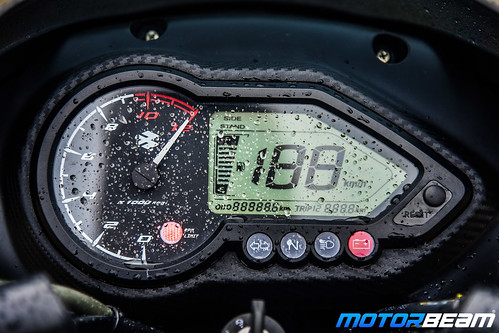 Instrument Cluster and Switchgear – The Pulsar 125 Neon boasts the same old instrumentation which has been in use now for the more than 13 years! The right side houses the digital speedometer while the left houses the tachometer. The orange-backlit LCD display shows speed, the side stand indicator, fuel gauge and an odometer with twin trip meters. The addition of a clock would have proved to be a boon factor as time is important these days. The switchgear on this 125 Neon is carried over from the Pulsar 150. They are white-backlit and the right side switchgear misses out on the headlight switch as it gets the AHO functionality but there is an engine kill switch on offer which is very helpful during city commutes. Rest everything remains the same and feels good to use but does have a plastic-y feel to it.