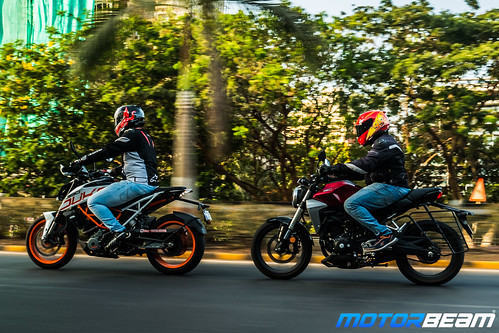 Riding Dynamics – The difference in the ergonomic triangle is quite a bit but the seating and riding posture is similar on both the motorcycles. Taller riders will definitely feel cramped on the CB300R but won’t be disappointed as the tank shrouds leave enough room to lock the knees. Both the motorcycles are equipped with stiffly sprung USD forks at the front and a monoshock at the rear. The Honda, however, has a slight softness in comparison to the KTM on the rear suspension making it suitable for bad roads. The CB300R is still more agile than the Duke 390 as it weighs 16 kgs lighter and has a smaller wheelbase too. The CB300R tips into corners just as well as the Duke 390 even after having a diamond frame which is subpar as compared to KTM’s split-trellis frame. 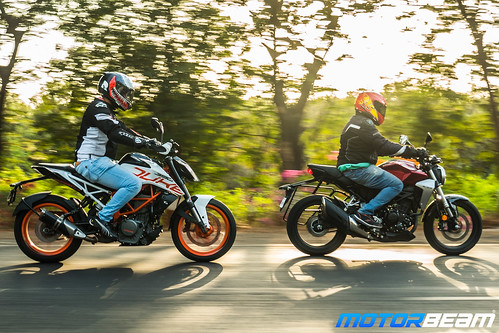 The suspension is stiffly sprung on both the motorcycles

The Duke does have better straight-line stability and can achieve a higher top-speed too but the windblast spoils the fun on both the motorcycles. Equipped with dual-channel ABS, both the motorcycles have great braking feedback but the petal disc setup on the Honda with a sharper initial bite leads away. The front disc size may be smaller but the braking feedback is more confidence-inspiring on the CB300R. The Duke, however, makes up with a switchable ABS option which the Honda misses out on. Both the motorcycles get similar tyre sizes but Duke comes stock with Metzeler tyres which have better grip while the CB300R gets Michelins which have a better tyre life. 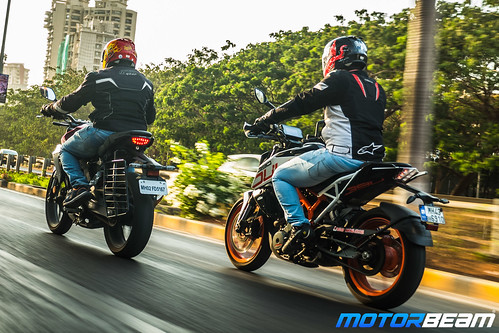 Both bikes are stable at triple-digit speeds

Verdict – ﻿The Honda CB300R is a brilliant motorcycle with phenomenal build quality and it being a Honda everything goes really well in its favour. It is a very practical and spirited naked machine which comes as an attractive package but the CKD route makes it quite costly. At just Rs. 20,000/- more, the KTM Duke 390 has a lot more hardware on offer while being a sharper and a better performing motorcycle too. Being made in India, the cost of after-sales service is also more effective on the KTM then the CKD-routed Honda. So as the verdict goes, it does make a lot of sense to get the Duke 390 unless you are a Honda fanboy. 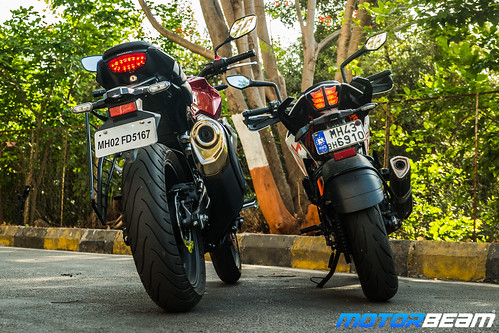 KTM offers better performance at the same price as Honda

Honda CB300R Production Might Be Doubled Thanks To High Demand