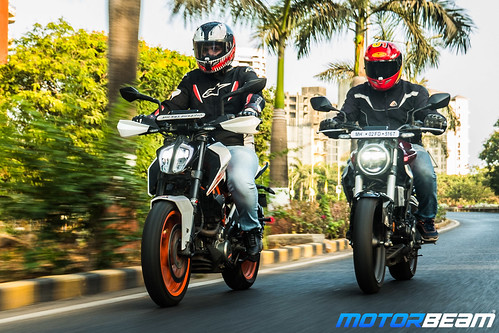 Performance – ﻿The Duke 390 has been dominating the Indian market ever since its debut back in 2013. It offers a lot of bang for your buck, for the kind of performance it delivers. The 373cc motor produces 43 BHP and 37 Nm of torque in a lightweight package of just 163 kgs, which is maddening. The Duke hits the ton from nought right under 6 seconds while the slipper-clutch works like a gem too. We have always been a fan of the high-compression high-revving motor but the refinement isn’t the best when compared to the Japanese motor. Both the powerplants in comparison here are liquid-cooled but the Duke dissipates more heat as compared to the Honda CB300R. The Honda, on the other hand, has a smaller block of 286cc, resulting in less power and torque figures at 30 BHP and 27 Nm. It also has a better tune to suit the low-end in the rev range compared to the Duke 390. 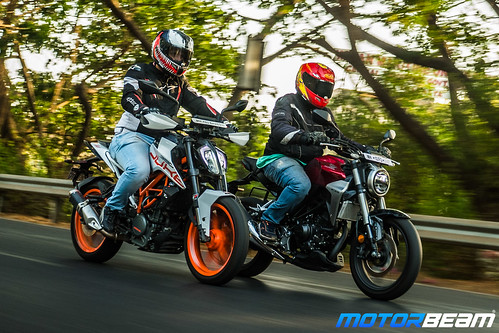