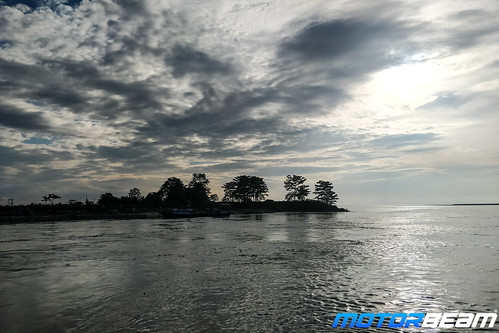 The island of Majuli is heaven on Earth

After nearly 45 minutes on the ferry, we got out on the island. As we headed towards our destination for the night, we came across numerous scenic sights. Majuli is a paradise for nature lovers, the whole place is not only picturesque but is a hotspot for flora and fauna including many endangered species. Our halt for the night was a place nestled right in the midst of nature. The Brahmaputra flowing 100 feet away, this place was less luxurious and more rustic, giving you a feeling of accomplishment which you seldom find in the city. 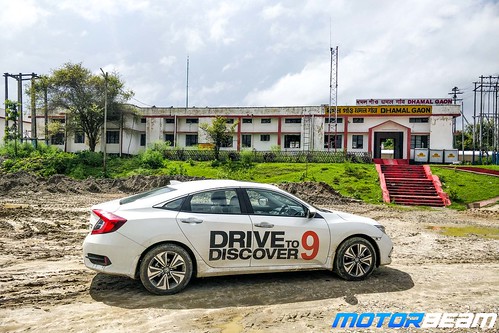 Next morning after some traditional Assamese breakfast we set out in the Honda Civic diesel. Our stop for the night was Dibrugarh but we were to get there via Arunachal Pradesh. You need special permissions to cross into this state as it borders China and security is high. Honda’s organising team had already secured the necessary permissions and we drove straight into Arunachal. This state is home to the world’s spiciest chilli, ‘bhut jolokia’ and it really requires courage to try. We tried a teeny sample and ‘spicy’ was truly an understatement here. This chilli is said to be about 400 times hotter than Tabasco sauce. 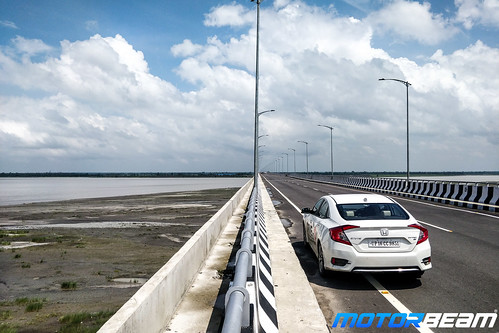 On the way to Dibrugarh, we crossed the famous Bogibeel bridge. This bridge is said to be Asia’s longest railroad bridge spanning 4.94 kms. This also took the longest time to be operational, it is said to have taken more than 20 years in the construction. Progress was slow due to the constant floods which affect the area and the window for the construction was rather small. In fact, this is the first bridge to use steel-concrete beams which can withstand an earthquake of up to magnitude 7 on the Richter scale. On the open highways, the roads were well surfaced and we took the opportunity to stretch the Civics’ legs in the sixth gear.

Upcoming Honda Compact SUV To Be A 7-Seater

Honda Likely To Merge Its 2 Entities In India