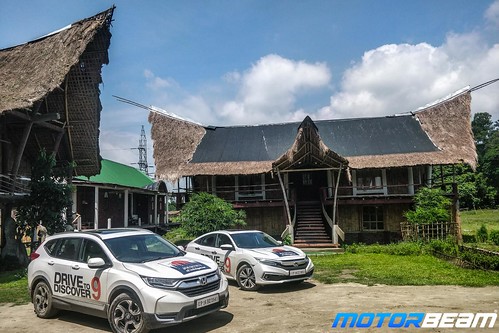 Assam is famous for its tea estates all over the world

Assam is famous for its tea estates and what would a trip to Assam be if you didn’t visit one! We saw numerous tea estates as we approached Dibrugarh and finally, we stopped at one to buy some local tea. Some of the tea estates in this area also have guided tours where you can experience the complete processing of tea, right from plucking of the tea leaves to the packaging. After leaving from Dibrugarh the next day, we set out for our destination. Our stop for the night was in the Kaziranga National Park. 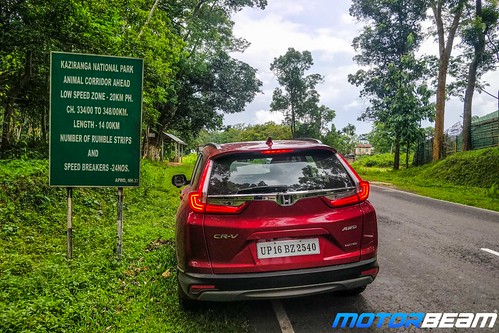 Kaziranga National Park is home to some rare animals and birds

This national park is a UNESCO World Heritage Site and home to the world’s largest population of the one-horned rhinoceroses as well as many other mammals including tigers, elephants, panthers, bears and more than a thousand species of birds. As luck would have it, while driving through the park, we got a glimpse of the one-horned rhino. Though it was at a distance, the feeling of spotting one was quite thrilling. Unfortunately, every year the Assam floods tend to take a toll on the wildlife in the national park. However, the Rhino population has been continuously rising and that is a big positive considering that at a point there were only a few dozens left. Currently, estimated population of the one-horned rhino is more than 2000. 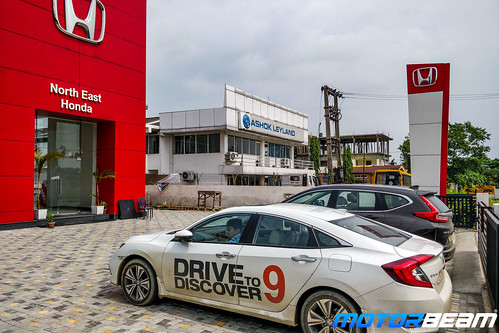 As all good things must come to an end, it was our last day in Assam. We started driving back to Guwahati but we took a slight detour. On our way, we stopped at Honda’s North East dealership in Tezpur. This is the first dealership in the country which incorporates the Japanese manufacturer’s new corporate identity. Changes include new exterior design, clutter-free spaces, distinct areas for car display and customer interaction and use of 75-inch LED screens for video-driven product information. Honda has also introduced the iWorkshop which is a fully integrated digital workshop management system.