The company is now in the lead amongst both PS 165cc and PS 201-300cc series across the entire teams.

The good news doesn’t stop here. The trio – Anish Shetty, Abhishek V. and Aravind B. grabbed the positions in their respective order in ProStock 201-300cc class. 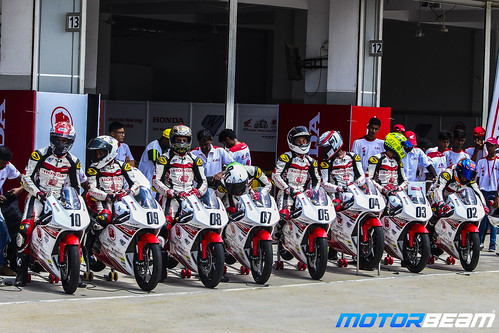 The race turned out to be very competitive and exciting

The competition was extremely fierce, the difference between the first two positions in PS 165cc class was of just 0.343 seconds. It was Sarath who had the lead till lap 3, until Rajiv’s aggressive overtake at the end moment, clutched the victory. Likewise, Rajiv set a time of 1:56.894 in the qualifying round itself. As of now, Rajiv has 150 points under his sleeves, a massive 56 point lead over Sarath. Moreover, it was Rajiv’s 6th consecutive victory, which is remarkable!

Meanwhile, in ProStock 201-300cc class, Anish smashed the entire race with a total time of 16:08.27, becoming his 5th consecutive win. 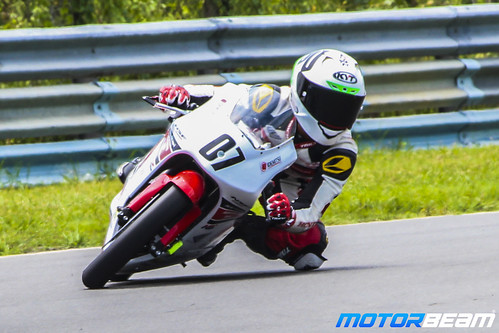 The riders put in their best efforts in the races

Moving on, in NSF 250R series, Chennai’s own Md. Mikhail also got his 6th NSF win. Simultaneously, he set the best lap record in the 250cc class on MMRT with his staggering time of 1:47.823.

Straying further, in CBR 150R series, Lal Nunsanga clenched the 1st position. He had retained his position in the 1st lap itself and dominated the race thereafter, finishing the race in 13:13.907. This was his 5th victory in this class. 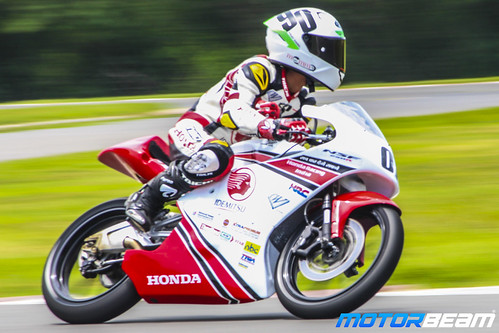 The IDEMITSU Ten10 team is leading the championship in manufacturer class

The IDEMITSU Honda Ten10 Racing team currently stands at 304 points, the 2nd team trails with 99 points. They are also leading the championship in manufacturer class as well. 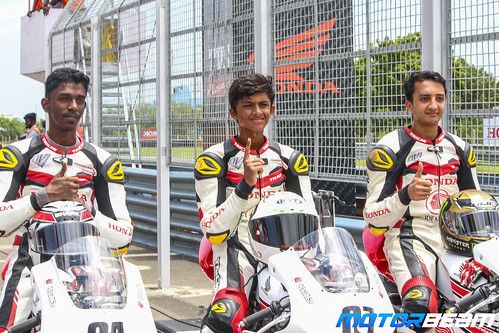