Back in 2016, we compared the Apache 200 4V with the Pulsar AS 200 while the NS had been discontinued. With the BS4 update, the NS came back and at the same time, the Apache 200 got a Race Edition update. As the safety laws are getting stringent next year, both the bikes now come with the option of ABS. We have put both the updated TVS Apache RTR 200 4 Race Edition 2.0 carb ABS (phew!) and the Bajaj Pulsar NS 200 in a classical street-fighter motorcycle duel. Who would you bet your money on?

Motor Quest: The TVS Apache 200 4V got a Race Edition 2.0 update this year which includes a lot of changes. New graphics all over, an introduction of slipper-clutch and finally the bike is shipping with dual-channel ABS. The BS4 update of the Pulsar NS 200 brought new colour schemes and better graphics, while also giving an option to buyers for a single-channel ABS. 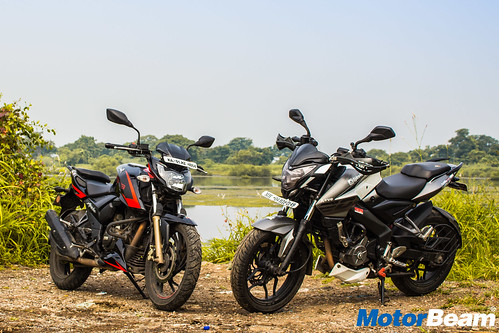 Styling – Hands down the TVS Apache 200 is now a looker with the new graphics and the flashy colour scheme. While the Pulsar NS 200 has had a dual-tone colour scheme since quite some time and it might look fresh to a few but not as much as the Apache. There have been no major changes to either of the bikes in the styling department. However, the addition of stickers on the Apache and a small windscreen visor, make it sleek and appealing. The Pulsar, on the other hand, has had a matured beefy look since the time it was launched. With no significant changes, the Pulsar NS 200 has started to show its age. 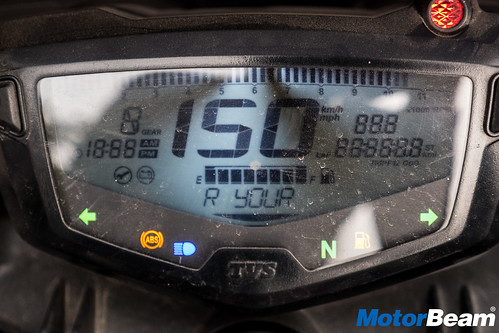 Instrument Cluster and Switchgear – The instrument cluster on the Apache 200 is a complete digital unit, however, the ABS tell-tale light has some functions now. It still looks fresh and displays a lot of information to the rider. Like trip details, top-speed recorder, lap timer, 0-60 km/hr timer and even a clock. The digital tachometer looks good and the shift-light is placed right where the redline starts. The instrument cluster looks very neat unlike the one on the Pulsar. 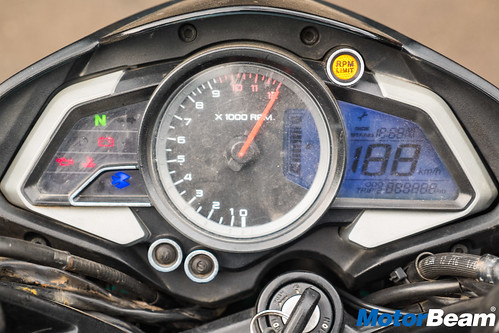 The instrument cluster on the Pulsar NS 200 has had no changes at all. It looks cluttered as compared to the one on the Apache and the analogue-digital combination has started to look slightly old. The switchgear on the Pulsar has always had backlit and it’s only Bajaj that provides this, a segment unique feature. The quality of the switchgear is decent while the ones on the Apache now feel slightly better. They even have a neat piano black finish. 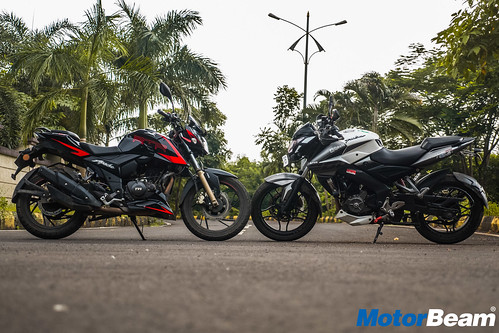