Renault started it’s solo innings in India with the Fluence and had promised to launch five new models by 2012. The Scala slots in as the last one for the current year completing the list. The Renault Scala shares the same relation with the Nissan Sunny as the Micra does with the Pulse. In short, it is a re-badged Sunny. Product cannibalization is not the way most alliances would go by but Renault-Nissan seem to think otherwise. The company is of the opinion that volumes will go up and that will be profitable to the alliance. The Renault Scala is targeted at a younger customer and the target audience does not overlap too much. As per Renault, only 10 percent customers would move to the Sunny and vice versa which accounts to a very small percentage, besides even if both cars were completely different, they would still sit in the same segment. Nevertheless, the Renault Scala manages to create its own identity, we take it for a drive around the beautiful roads of Himachal Pradesh to find out more. 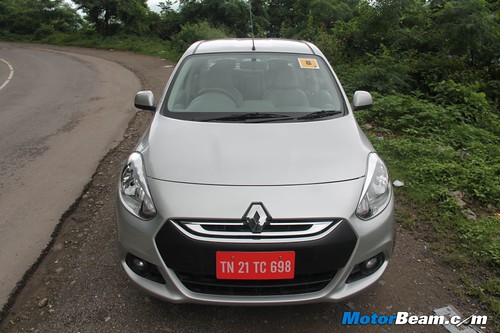 The maximum change is appreciated on the external fascia. The front end gets a new dual tone bumper with a large trapezoidal grille design and a good dose of chrome. The Renault logo sits on top with authority. 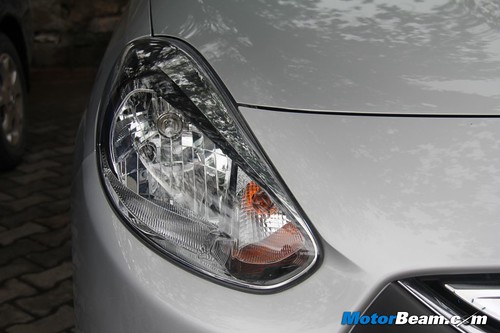 The Renault Scala also gets a new headlamp assembly with smoked out headlamps. The headlamp design carries the similar family trait as seen on the Fluence. 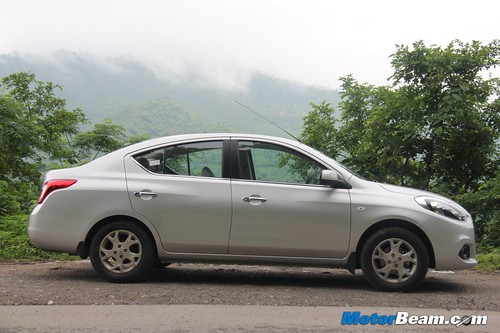 On the side, the Renault Scala gets a chrome belt which runs along the lower border of the windows. While the Sunny’s XL variant gets steel wheels and 14-inch tyres, Renault has equipped the RxL variant of the Scala with 15-inch bridgestone tyres and alloy wheels. 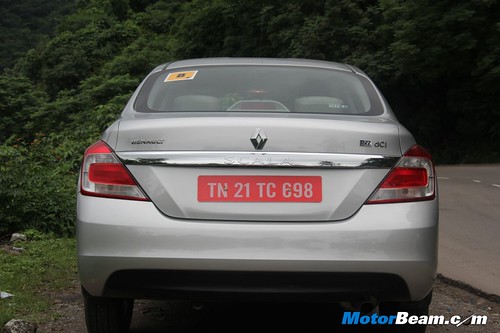 The rear is redesigned too with a dual tone rear bumper and new tail lamp assembly which is connected by a thick chrome strip with the word ‘SCALA’ inscribed in the center. Renault’s design studio in Mumbai has done a wonderful job ensuring that the Scala looks more premium than it’s sibling. There is a considerable amount of chrome used on the exteriors but it’s done in the right quantity and does not feel overdone anywhere. 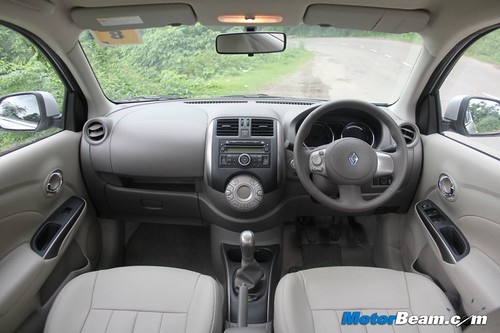 The interiors have undergone beige treatment with leather seats offered in the top end variant. The beige leather seats are definitely more comfortable to sit on. As a part of the leather package, the steering wheel as well as the gear knob get their share of leather stitching. The door trims follow the same pattern of upholstery. Other things are absolutely the same as the Nissan Sunny such as abundant rear legroom and fan blower for the rear passengers. Safety is priority and all versions will get ABS and Airbags as standard. The petrol version will be available in two trims, RxE and RxL while the diesel is positioned a level higher comes with RxL and RxZ badges. Other features include push button start, smart key, audio controls on the steering wheel, automatic climate control, etc. The Renault Scala also gets follow me home headlamps (absent in the Sunny). 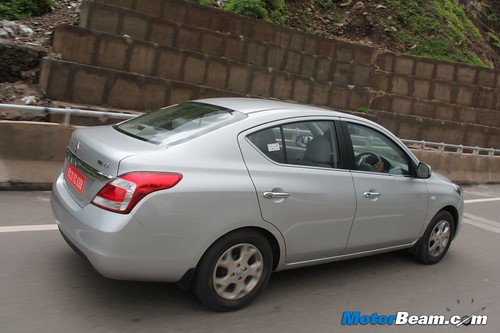 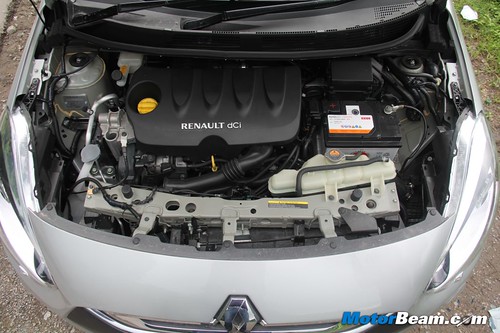 The Scala comes in two engine options. The diesel version is powered by the all famous Renault k9k series engine. This 1.5-litre dCI engine produces 86 PS of peak power and 200 NM torque, the figures are identical to those on the Sunny. Renault claims to have fine tuned the engine and this has resulted in smoother power delivery as compared to the Sunny. The engine is smoother at lower revs but gets noisy past 3000 RPM. Drive around the 2500 RPM mark and you will fall in love with this engine. The gearbox too is the same but is slick and is not notchy like its Japanese counterpart. The Scala will also be available in automatic transmission (petrol only), something which the Sunny does not offer. The diesel engine offers a very competitive mileage of 21.64 km/l (ARAI Certified) and gives the best balance between fuel efficiency and performance. 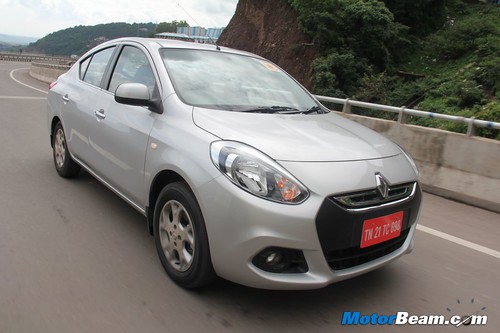 I had a very short stint in the petrol variant. The engine is again derived from the Sunny and produces 99 PS of peak power and 134 NM torque. Low end grunt is good but there is hardly any power lying at higher revs. The petrol engine has a fuel efficiency of 16.95 km/l (ARAI Certified). 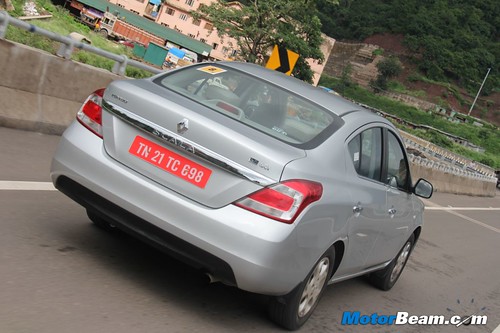 The Renault Scala is definitely more polished than its Japanese twin and looks more premium too. Looks matter, more so in a country like India and Renault is clearly targeting it at a younger audience. We expect the Scala to be priced at a premium of Rs 30,000/- over the corresponding Sunny variant. Renault will be offering its standard 2 + 2 year, 80,000 km warranty package. With an added option of an automatic transmission, the Scala has the potential to bring in good numbers for the French manufacturer.