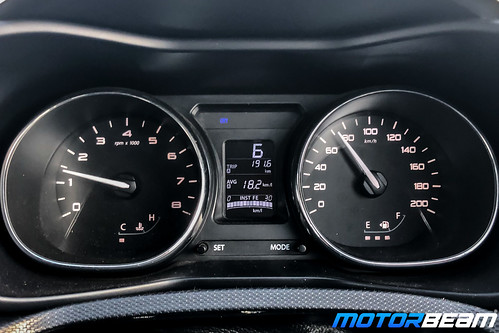 Mumbai’s traffic is just crazy and with the advent of rains, it gets even worse with broken roads, potholes and unruly drivers everywhere. Cars with a higher ground clearance always have an upper edge in rains though and the Nexon didn’t disappoint on this front. What also helped matters is the light clutch but I would have preferred a little lesser travel for the clutch pedal. I managed to extract an average efficiency of about 17 km/l from the Nexon which includes some spirited driving runs. The best I got was 18.5 km/l which was in City mode on a long highway run with constant speeds of 100-110 km/hr. 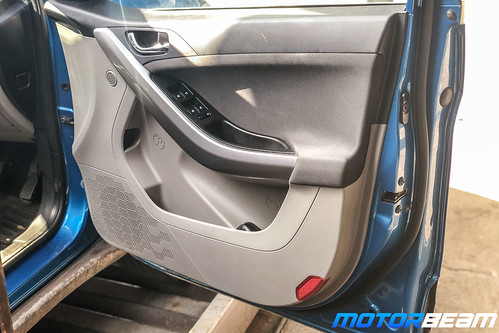 Apart from some electrical issues, the Nexon’s cabin is comfortable & spacious and comes with a fantastic audio system

While the front seats are super comfy, the Nexon does feel short of storage spaces in the cabin. There are bottle holders in every door but in general, some more cubby holes would’ve really been better, especially in the centre console. Our test car’s Check Engine Light started blinking once and along with that the right side headlamp and tail light stopped working but it was all fine the next day. The reverse parking sensors also acted funny quite a few times and there a few instances where the sensors just wouldn’t beep. 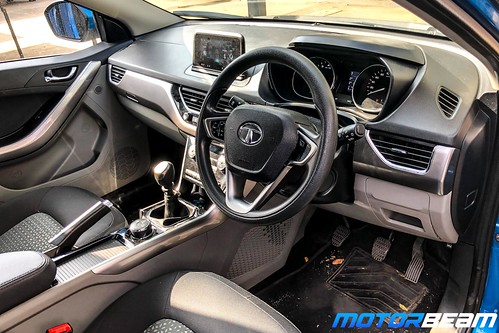 The Nexon has most features one could ask for

The Nexon was launched almost 2 years back so by now Tata would’ve ironed out most of the niggles for sure. The equipment list on this compact SUV is pretty impressive but with newer competition coming in, I’m guessing Tata will launch an updated version of the Nexon with some more features. The audio system on this car is superb but the positioning of the USB port could’ve been better. At its current position, it gets a bit difficult to access it if you have a large wrist. The speakers have brilliant sound quality though.

The Maruti XL5 has been spotted on test ahead of launch later this year. Maruti is preparing to launch the XL5 hatchback, which is essentially   END_OF_DOCUMENT_TOKEN_TO_BE_REPLACED