The Tata Safari has been our workhorse since a long time. First, the pre-facelift model joined our fleet followed by the facelifted (4×2) version and finally the Varicor 400 (4×4) powered beast. I have spent the most time with the Safari and still I can’t describe how addictive this desi SUV is. Usually what happens at our office is that a long term car joins the MotorBeam fleet and we publish all the reports before it leaves. Now it has been almost a month that the Safari has gone and every time I sit to write the report, I wonder how to pen down my thoughts. Anyways, let’s get it going. 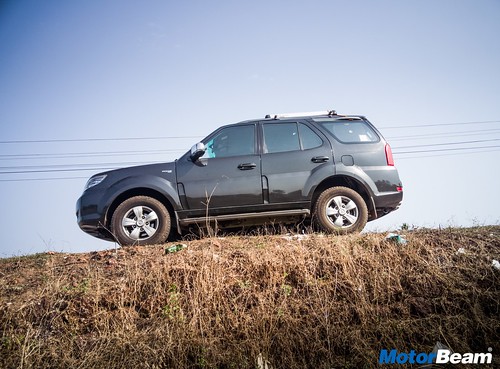 I have noticed that with every new version of the Safari, the SUV is getting some improvements on the drivability and reliability front while the design and styling aspects remain more or less the same. The Safari Storme was a big step up from its predecessor, the Dicor. Again, no major design changes but a much more practical and reliable Safari to drive. The ride and handling department got major improvements including a tauter suspension, much better turning radius and most importantly better build quality with relatively less rattling issues. Now these updates made the Safari a practical SUV to drive in the city. 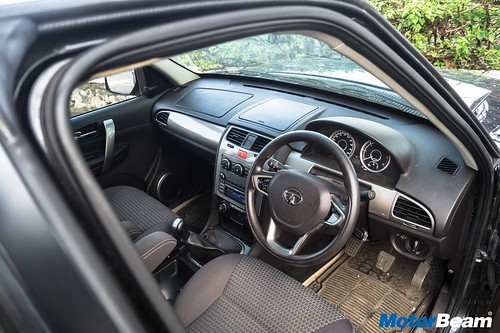 In 2015, the Storme facelift was introduced that had no cosmetic changes except for the revised grille. The interior too didn’t get major changes except for the black upholstery, new steering wheel and Harman audio system. However, it had a ton of mechanical improvements that went unnoticed by many. It came with a self-adjusting clutch that is butter light to operate and offers improved life. It came with a new timing belt with 1.5 lakh km warranty. The engine was re-tuned to offer max torque at lower RPMs resulting in better fuel efficiency and improved drivability.