My relation with the TVS Apache has been unique as the RTR 180 ABS was the first motorcycle I ever owned. I had sold my 180 last year just after the first ride of the Apache 200 at Hosur. This January 2017, the TVS Apache RTR 200 4V joined our long term fleet. This was the same carb version which I had tested in Hosur last year and was delighted to have it with me as my day to day motorcycle. Sadly the bike was called back within two months due to BS3 and company audits but the experience for the time spent was pretty good. 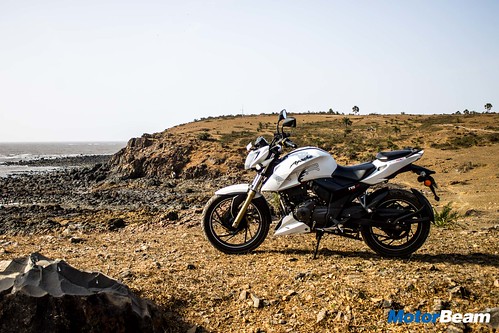 The design is bulky and yet it has sharp edges

Attention seeker, these two words are meant for the Apache 200. And as our bike was in matte white colour, it grabbed a lot of head turns. People used to stare at the motorcycle at traffic signals and sometimes even ask any random stuff. The extended tank shroud with the muscular feel and edgy design at the end gave it a macho look. People would always appreciate the tank and the headlamp. The beast inspired pilot lamps also added in grabbing all the attention. Talk a bit more about attention, the sound from the double-barrel exhaust was the best and I would always try to rev bomb under a tunnel or even a small bridge with an echo. 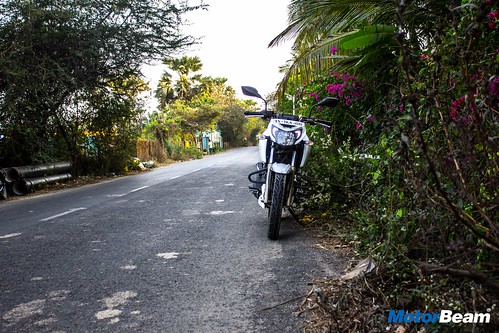 The Apache 200 is sleek, the beast inspired headlamps are the best

The Apache 180 had a lot of vibrations and even after using different kind of oils, the refinement couldn’t match the competition. However, the case with the flagship TVS was completely different. The motorbike did vibrate only when pushed hard and on higher revs. The amount of refinement and smoothness under 7000 RPM was the reason the Apache 200 was picked for quite a few rides by us. The engine never stressed out even though it felt out of breath while hitting its top speed during our rides. There was an oil change interval in between and post that the engine felt even smoother. 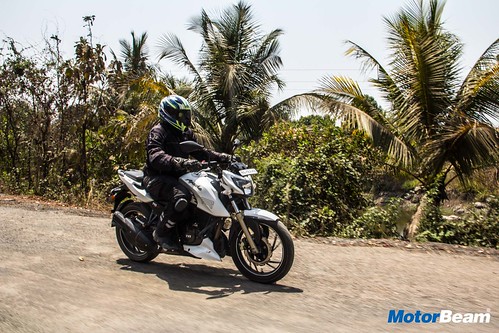 The seating posture and the dynamics were game on. Neither too upright nor too leaned in. This posture was comfortable for a guy like me whose height is about 165 cms. But for people like our editor-in-chief, Mr. Faisal A Khan who is over 6 feet, it gave him a very cramped posture because of the lifted footpegs. The same was the case with the older Apaches too and hence the bike felt very compact even for average heighted people. This helped a lot in tackling day to day city traffic while it was fun and engaging on the highway. The seating is hard yet wouldn’t bother me much although it was difficult for the pillion to get used to it.