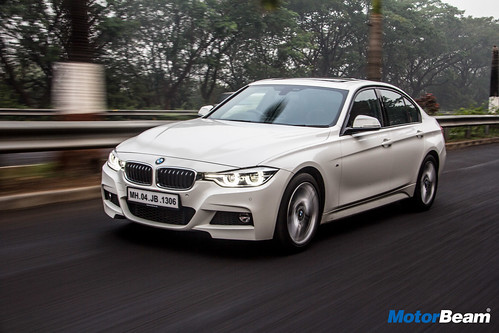 Performance – The BMW 330i M-Sport is propelled by a powerful 2.0-litre petrol engine spitting out 252 PS of power at 5200 RPM and 350 Nm of torque from 1450-4800 RPM. This is much more powerful than the 320i which was launched last year and is now discontinued. As soon as you start the car, the exhaust gives out a mild rumble post which the engine settles down. The 330i is effortless with its power delivery which is dished out in a super linear manner. The low-end is fantastic and there’s just no turbo lag and that should be enough for city commutes. As you engage higher revs, the engine comes into a life of its own as it starts unleashing its power and the revs increase very quickly. 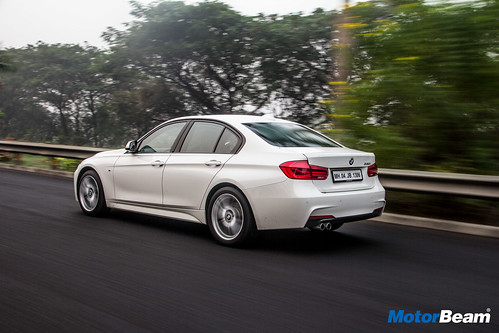 The 330i M-Sport boasts of a very lively character

The engine is super responsive and delivers impressive performance

The mid-range is very strong and before you know it, you’ve hit the redline as the 8-speed ZF gearbox upshifts. 0-100 km/hr comes up in a claimed 6.3 seconds. You get the usual driving modes like Eco Pro, City, Sport and Sport+. I found myself driving in Eco Pro all the time in the city because it controls the power delivery and the car feels much more relaxed. City mode eases up things a bit but Eco Pro gets you slightly better fuel efficiency too. In Sport mode, the engine holds on to revs and doesn’t upshift before hitting the redline and power delivery feels ever so responsive and sharp, making this mode the perfect bet when you’re out on the highways and don’t want to cruise. Speaking of cruising, the 330i does 100 km/hr in 8th gear at around 1500 RPM. 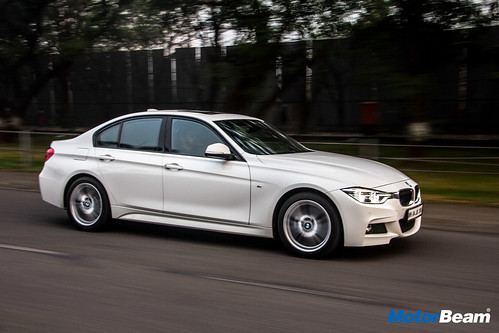 Driving Dynamics – The 330i M-Sport has a stiff suspension set up which feels even more noticeable at low speeds. As speeds increase, the ride becomes more comfortable and remains pliant. At very high speeds, the 3 remains extremely composed and sure-footed but sometimes there’s this floaty feeling which can be felt inside the cabin. The steering is well-matched to the car and offers precise movements but it lacks feedback and doesn’t feel as good as the older 3-Series cars. The ground clearance is quite low and the 330i feels confident around the corners. Since it is an RWD, you can slide the tail out if you go really hard on the throttle. However, the fat tyres and the DTC do a superb job of keeping things under control. Braking performance is awesome.