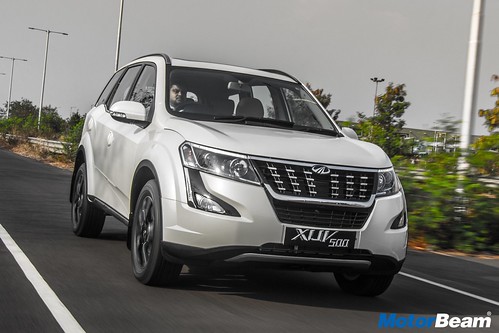 The new tuning gives it a much better low-end performance

Performance – The Cheetah is now more powerful as the 2.2-litre diesel engine now produces more power and torque of 155 BHP and 360 Nm. Mahindra has given it an EVGT (electronic variable geometry turbo) which means that the turbo doesn’t takes time to spool with pressure, now it’s electrically assisted so it kicks in much faster. This results in instant acceleration and the XUV500 now feels more progressive in the low-end followed by a strong surge of thrust in the mid-range. The new setup makes the car feel much more responsive with fantastic acceleration for such a large SUV. We got a 0-100 km/hr timing of 11.51 seconds on our VBOX, which is pretty impressive! The 6-speed manual transmission is notchy though and the top-end of the rev band feels flat and quite noisy. 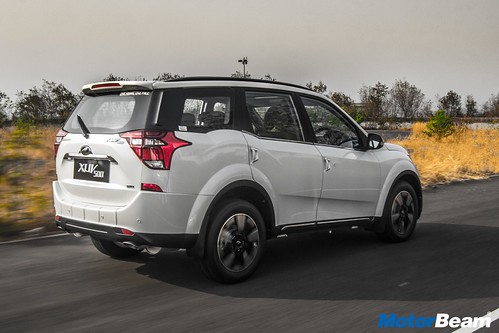 The ride and handling remains the same which is decent

Driving Dynamics – There are no changes in the suspension setup and the car feels the same in terms of dynamics. The steering is light which makes it easy to manoeuvre in tight spots however there is no feel and feedback when you push it hard around the corners. Being a monocoque, you can feel the nimble response to steering inputs but the body roll at high speeds is pronounced. The ride quality is decent most of the time but when you hit a bad patch of road, the rear tends to bounce, which is a trait of almost all Mahindra UVs. In terms of braking performance, there is good bite and confidence inspiring response from the all-disc brakes.

Mahindra World SUV Is A Stunner