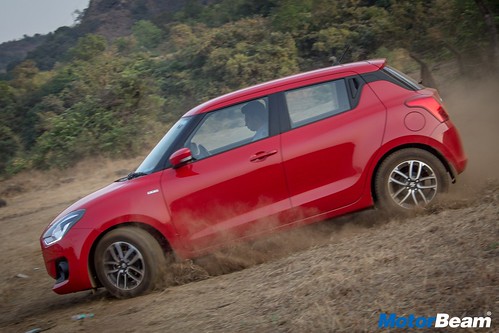 The steering on the new Swift is even better now

Driving Dynamics – The Swift has enjoyed segment best driving dynamics, both in its first and second generations. We are happy to say that even with the 3rd generation, the Swift hasn’t lost its soul and still manages to put a smile on your face once you get behind the wheel. The all new Swift is lighter in weight by nearly 40 kgs and courtesy of the new HEARTECT platform, the body structure is more rigid due to use of high and ultra-high tensile steel. This has managed to improve driving dynamics by quite a margin. The diesel Swift’s steering offers terrific feedback at both low and high speeds and is well-centred. This car loves to be pushed around corners and performs beautifully around the twisties. The steering weighs up well at high speeds and is very predictable. 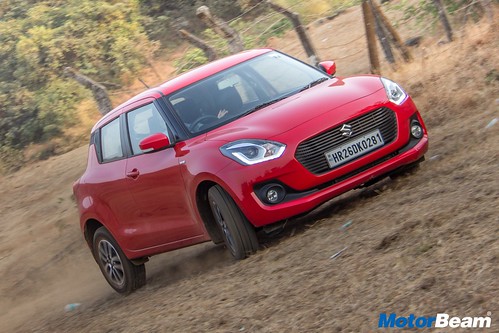 Even sudden changes in direction don’t unsettle the car. The tyres offer tons of grip and tend to understeer on extremely hard cornering, something which the end customer will seldom do. The all new Swift surprised us with the ride quality. The suspension has been tuned towards the stiffer side but Maruti has managed to strike the balance quite well. To elaborate, the suspension manages to filter the undulations without passing them onto the cabin. Even though it is stiffer than before, it doesn’t get choppy on bad roads. The rear tends to get bouncy on bad roads but overall there is a vast improvement from the previous generation car. However, the petrol-powered Swift does not have the same steering feel as in the diesel and feels less enthusiastic in terms of cornering abilities mainly because it is lighter than its diesel counterpart. Ride quality is not all that great definitely not as good as the diesel’s. 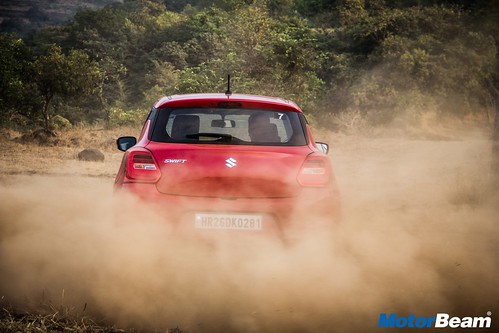 Safety and After Sales Service – The 2018 Swift gets dual airbags, ABS and ISOFIX child seat mounts as standard across the range. The Standard and Safety pack variants of the Swift (both with six airbags) scored 3 and 4 stars respectively in the Euro NCAP crash tests. In a first, the Indian model will get dual front airbags as standard across all the variants of the Swift which is a welcome move by the country’s largest automaker. The carmaker has a good reach of after-sales network across every nook and corner of the country and this will play a vital role in the new Swift being an instant hit with Indians.