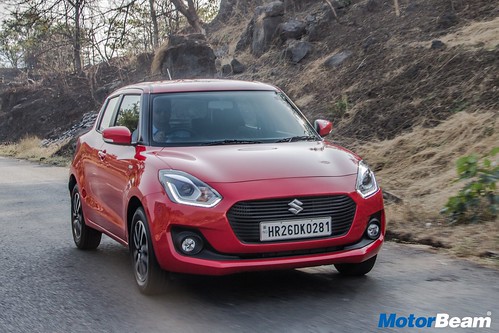 The Swift continues to retain its peppy nature

Performance – Powering the all new Swift are the same engines which do duty on the 3rd generation Dzire and have been around for quite some time. The 1.2-litre K-Series petrol engine loves to be revved and packs a good amount of punch in the low and mid range of the rev band but the top end gets considerably audible. This gasoline engine produces 83 PS of power and 113 Nm of torque and still continues to the best in the segment. The diesel too is the same engine which has been in the line-up for over a decade now. The DDIS oil burner produces 75 PS of power and 190 NM of torque. There is some amount of turbo lag until 1800 RPM after which the turbo spools up and performance is brisk. Although there is enough power on tap, we would have preferred a more powerful engine on the table. Mated to both these engines is a 5-speed manual transmission and Maruti is also offering an automatic with both petrol and diesel engines. 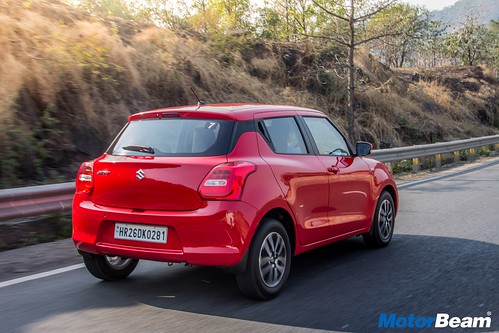 both the engines are known to be very reliable

The Swift gets the same engines which offer good pep; AMT is a good addition

The automatic or the AGS (as Maruti calls it) is the AMT transmission widely used in an array of Maruti cars. The AMT, by nature, has some amount of lag and won’t and shouldn’t be your choice of transmission if you are an enthusiast. However, it really scores when it comes to adding the comfort and convenience of an automatic. Those who spend a considerable amount of their commute in bumper to bumper traffic will find the AGS very useful. The petrol AGS redlines under 6000 RPM while the petrol manual slightly above 6000 RPM. The petrol AMT, in the manual mode, will not upshift gears till you do so while the auto mode it takes its own sweet time to upshift. That said, this AMT gearbox is definitely improved and does not have the jerky feel as in other Maruti’s AMT gearbox while being responsive as well. Somehow, the diesel AMT felt better to drive due to the higher torque output from the diesel motor. However, the AGS is only available in the V and Z trims and will not be available on the top end Z+ trim. 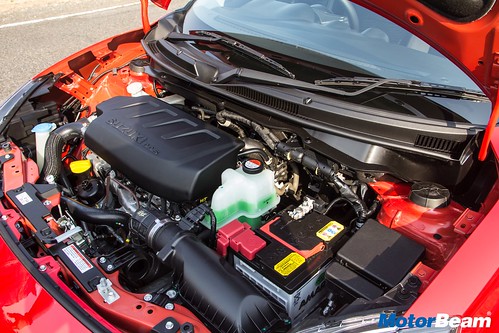 From an enthusiast’s perspective, the manual is certainly more fun to drive. The manual gearbox is slick, and the gears shift with ease. We didn’t notice any notchiness from this gearbox. Maruti has added additional insulation in the engine bay and this has bettered the NVH levels. The diesel engine is barely audible in the cabin. The noise only creeps through at high revs and it is a significant improvement over the previous generation model. Due to the 40-kg diet in weight, the 0-100 km/hr times have improved by nearly 10% and fuel economy has also improved over the previous generation car.

2018 Maruti Swift Hybrid Spotted In India For The First Time