The Benelli TRK 502 can take you places that look beautiful while the TRK 502X can take you through the unexplored path!

Exactly 3 years ago Benelli showcased a series of motorcycles at the IBW, one of which was the TRK 502. Almost everyone visiting the Benelli stall was intrigued by the TRK and the only question everyone had was when is it coming. After a small break, Benelli is back and they’ve launched not one but two TRK motorcycles, the 502 and the 502X. We travelled to the coffee land of Chikmagalur, Karnataka, to check out what these motorcycles have for us. Was it an adventure, touring, a mix of both or just something else?

Motor Quest: The TRK series of Benelli consists of adventure-tourer motorcycles and come mated to either a 250cc or a 500cc motor. Benelli recently launched the TRK 502 in India along with the 502X. While the 502 is a road-biased tourer, the 502X comes with bigger tyres and has more off-road capabilities. 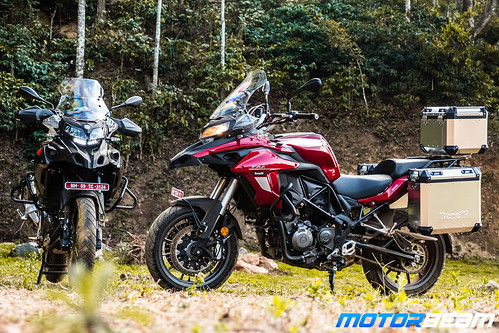 Road presence and attention, the only two words the TRK 502 speaks

Styling – A quick glance and the TRK will have your attention. Both the 502 and 502X are quite big and put out a lot of road presence. The bike is really bulky and quite muscular, yet the design is subjective as some might not like it that much. Some might even say that it looks quite similar to the Ducati Multistrada and it does! The massive faring proportions, front beak, high-raised windscreen visor and the exposed trellis frame make it look quite purposeful. Both the bikes get halogen headlamps while there are LEDs in the DRL, indicator and taillight. 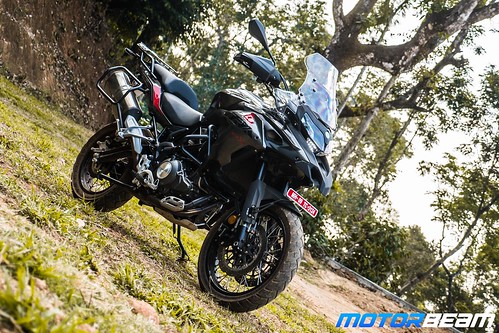 The Benelli TRK 502X adds something to that adventure soul

The 502 gets a belly exhaust while the 502X comes around with a swept-up exhaust giving it more off-road character. This also makes way for a main-stand which the 502 does not get. There are a lot of tubular bits around which have some purpose or the other. The swingarm is also made up of a tubular structure which omits the box section cost-saving design. While the 502 gets 17-inch alloy wheels both at the front and the rear, the 502X gets spoked wheels with a 19-inch front wheel and a 17-inch wheel at the rear. Both the motorcycles get a split-seat setup and while they stand next to each other, the overall difference is quite noticeable. 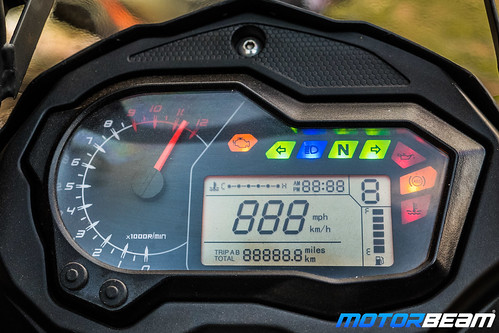 Instrument Cluster and Switchgear – Both the bikes get an analogue-digital instrument cluster but the console is quite basic. The tachometer is analogue while everything is put inside the digital LCD. It displays the necessary information like the odometer, twin trip meters, speedometer, fuel gauge, engine temperature, gear position indicator and a clock. However, with the toggle of a button, you can switch between miles and kilometres. There is a set of tell-tale lights which covers the digital area. The switchgear quality is decent and there’s a piano black finish on the buttons. Apart from the regular switches, both the bikes get a switchable ABS button on the left and a hazard switch on the right.

Renault wants to go all guns blazing in the Indian market by creating new segments. Renault launched the Triber in 2019 and this 7-seater   END_OF_DOCUMENT_TOKEN_TO_BE_REPLACED