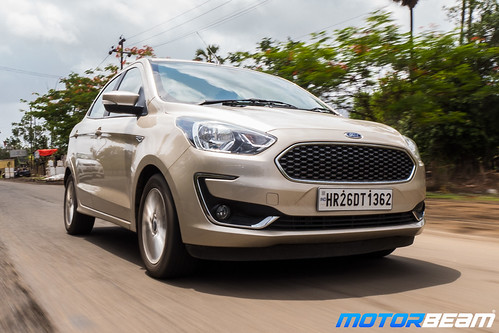 The Aspire has brilliant ride quality and brakes

The ride quality is impressive, comfortable and high-speed stability is decent on the compact sedan. However, though there is a bit of body roll at high speeds, the Aspire facelift is extremely fun to drive. On bumpy roads, ABS kicks in earlier than one would expect but overall, the brakes are sharp yet not neck-breaking. 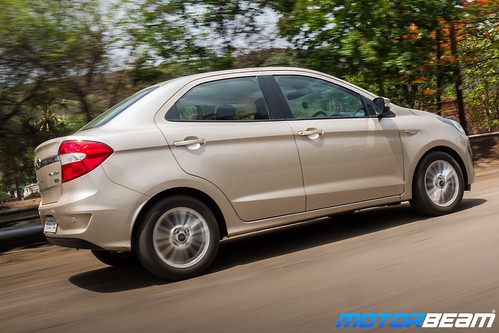 Despite its punchy performance and fun-to-drive nature, the Aspire is very frugal

The one buying factor of a diesel vehicle is fuel efficiency. Though thankfully, the Aspire’s mileage never appeared in a single digit, it fell drastically whenever I was a little playful with the throttle. It once wavered from 17 km/l to 11 km/l in less than 48 hours. The former was a midnight run to the airport while the latter was an attempt to cross-town during peak office hours. However, after a week of forgiving traffic conditions and mostly highway commute, the mileage figure rested at 15 km/l which is actually not that bad. 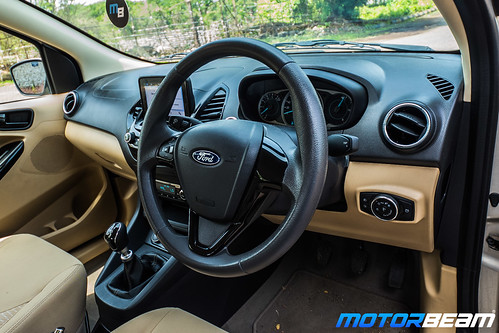 Both the cabin and boot are quite spacious and practical

My overweight luggage was mentioned initially because I didn’t think the Aspire would fare well in that department but at 359-litres, the boot ferried everything I got from Delhi, for 2 days. The cabin has a lot of capacious cubby holes, magazine holders and storage spaces for almost everything. In 30 days it had packed food, clothes, bills, keys, books, etc. slotted in places one would never find. Ford’s ‘family waali feeling’ played quite a couple of times in my head.

How To Choose The Right Variant Of A Car

The Tata Tigor facelift sports redesigned headlights and a new grille. Catch All The Latest Videos, Subscribe To MotorBeam The Tata Tigor   END_OF_DOCUMENT_TOKEN_TO_BE_REPLACED