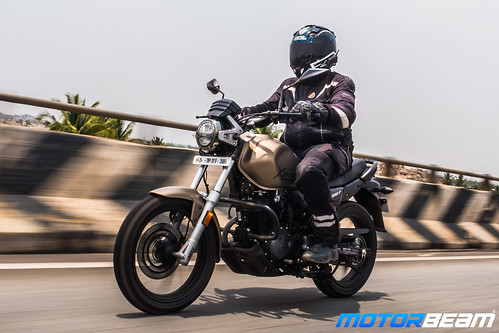 The ergonomics triangle is very comfortable and likeable

Ergonomics – The seat height of the Xpulse 200T is 795 mm which is exactly similar to the Xtreme. However, the seat is different as it has a ribbed design and a part of it completes over the tank. The seat on the Xpulse 200, on the other hand, is 30 mm taller and has a simpler pattern for off-road duties. Both the Xpulse twins have a single-piece handlebar which is wider yet keeping the ergonomic triangle quite comfortable. The seating posture on the Xpulse 200 and 200T is very upright and comfortable, however, the 200 might feel a little taller while the off-road footpegs on the same are slightly higher too by almost 10 mm. Overall, the ergonomics are very comfortable and yet engaging. 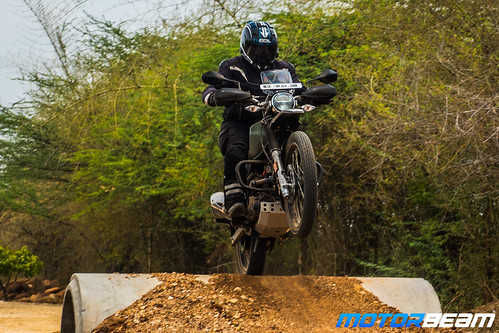 Has enough acceleration to get over crazy places

Performance – Performance for the 200cc engine is quite familiar as it is the same unit we have seen on the Xtreme 200R. It produces 18.4 PS of power and 17.1 Nm of torque which isn’t much on paper and the bike might feel sluggish for a 200cc motorcycle. However, the flat torque from 3000 RPM itself makes it very interesting and the Xpulse has a linear torque delivery throughout the rev-range. However, it would reach the ton in 4th gear and would max out in the 5th gear at 116 km/hr until you find a downslope and it would go up to 120 km/hr. Although cruising at 90 km/hr is a happy spot, the motor does not stress out even after revving its heart out. The Xpulse still gets a 5-speed unit which is slightly disappointing. 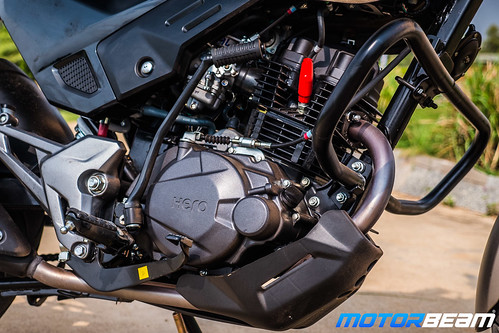 The clutch feels nice and does not hurt the palm even in off-road riding conditions. The gear shifts are quite crisp and the motor can handle clutchless up-shifts at times. The game-changing fact here is that the Xpulse 200 gets FI while the 200T comes only with a carb setup. The FI unit has a better throttle response comparatively and the top-speed opens up to 125 km/hr on a downslope after which the motor limits itself. The final drive on the Xpulse 200 has an extra tooth for better acceleration which helps it in off-road conditions. The powerplant does not feel harsh but vibrations do creep in post 7500 RPM. Overall, the motor has a friendly nature and with sane riding, I was able to get a mileage figure close to 42 km/l. 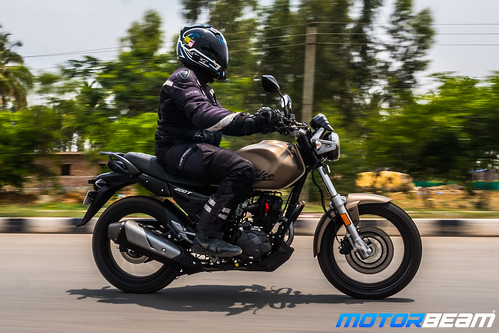 The Xpulse can munch miles; its agility is very potent

Riding Dynamics – With comfortable ergonomics and an upright riding posture the Xpulse is very enjoyable but the dynamics on the 200 and 200T are quite different. The 200T is a touring based version of the Xpulse as it comes with 17-inch road spec tyres and brakes which are similar to the Xtreme 200R. The MRF tyres do a decent job on-road but they do not grip just as well off-road. The feedback from the brakes is very nice and strong and the long travel suspension at the front comes in handy to get over speed breakers quickly. However, the 200T does nose dive quite a bit. Along with it, the 200T has the same rear suspension setup which makes it handle just as the Xtreme does. Also, finding a comfortable spot on the ribbed seat is also tricky as it is something we are not used to. 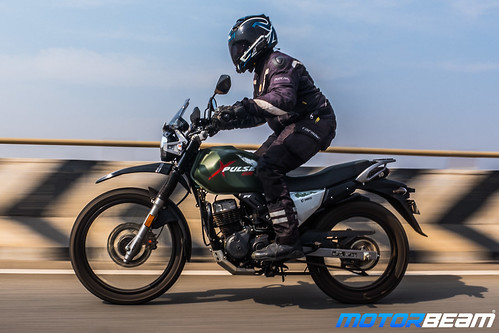 The Xpulse 200 has a better 10-step adjustable unit against the 7-step available on the 200T. Along with the rear, the front has a slightly longer suspension travel. The tyres on the 200 which come from CEAT are proper knobby tyres and these are mounted onto spoked wheels, a 21-inch at the front and an 18-inch at the rear. The complete setup is perfect for off-road riding conditions with a wider handlebar, the Xpulse 200 is light-weight madness around an off-road trail. The brakes are petal discs on the 200 which have a slightly softer bite, suitable for off-road again. But then the Xpulse 200 with its off-road bits also makes it up on-road as it is fun everywhere.